What does everyone think about the products Apple have been producing? Design wise, I think they’re superb, I like how they push its manufacturing techniques just to achieve certaing quality.

I especially like the new iPods. How cleverly designed the parting lines on the ends, hardly noticable.

Apple is undeniably creative in that they market their products for both consumers and professionals. Not many companies don’t seem to appeal to the same aspect. Dell, for instance, primary for students; IBM, the business types.

yeah Apple’s commitment to design is amazing - almost no detail left unpolished - and they keep improving usability - for changing ram or putting in an extra drive the insides of the G5 tower are the best resolved yet.

my problem with Apple’s design is on the interface side. OSX, in terms of usability sux, it is not conceptually tight like its predecessor. Very candy coated too- of course defenders of osX argue that you can modify everything - make it just like you like it but I feel that is a cop out on Apple’s part. Design is about making decisions, not defering them to your users. They should put the product design team in charge of system development for a year or two.

Design is awesome, I still liked the original fun forms they where pursuing with the first iBook and iMac, but the new stuff is refined in the extreme.

My digs are, like a lot of the new functionality of the newest osX, but the interface is not as understandable.

I understand x is unix based, when will they freaking parnter with Alias, they are actually killing me with this.

Our entire design group runs apple, over 100 machines. When we approached them to find out when they would be making a laptop with some of the functionality of the toshiba notebooks (screen flips around and has a pen tool like the wacom monitors) they said they will be focusing new advances in hardware toward the music industry… balsy considering visual designers are there bread and butter.

so freaking mac of them.

If you’ve used Yahoo anytime today you’ll see the next step in Apple’s design influence - the HP iPod. From what I gather, it’s simply a re-branded iPOD sold through HP’s distribution channels, and functionally no different than iPods with the Apple logo.

Being NY based and dealing with a few different disciplines at work, it’s more convenient for me to run off a PC/Windows platform. My current laptop is an IBM Thinkpad, which has all the design charm of a piece of slate. Apple’s influence on the design world is very strong - how many iMac-color-coordinated tissue boxes and desk accessories are still on the market? Even PC’s are getting that Apple-touch, i.e. Compaq’s new sleeked-out lines. With HP’s new deal, do you think a trend will develop of Apple look-alikes (more so than already exist) across all platforms?

It would be nice if a PC-centric company could do something as innovative as Apple’s look without being an imitation, which is usually much lacking in the flattery department…

Great stuff, They are a prime example of how a products can promote itsself

…
It would be nice if a PC-centric company could do something as innovative as Apple’s look without being an imitation, which is usually much lacking in the flattery department…

I find that www.alienware.com is just that company.

looks like apples pattent on the bauhaus in consumer electronics has expired.

the texture of apple’s product is very nice!

I really don’t see the appeal with Apple’s Industrial Design.

Yeah, its pretty, but how many times have they totally forgot about ergonomics??

Anybody remember the original iMac and G3 puck mouse? It looked like a lawsuit waiting to happen as far as carpal tunnel and tendinitis injuries were concerned…

The handles on the new G5 look like a step backwards in terms of comfort when compared to the clear Lexan ones from the G4’s. How is a flat piece of aluminum digging into your hand good design?

What about the choice of materials with the 2nd generation iPod? Everybody I talked to said the casing on the back would scratch up in a matter of days

Am I missing something? The above examples certainly don’t imply attention to detail to me.

The handles on the new G5 look like a step backwards in terms of comfort when compared to the clear Lexan ones from the G4’s. How is a flat piece of aluminum digging into your hand good design?

Is ergonomics really a concern for a computer that only moves once every six months, at the most. There’s something to say for beauty beyond comfort - what about the ‘feel’ of the metal casing - its cold, technical, and looks good. The design may not make your hand feel good, but your eyes do more work on it than your hands do.


What about the choice of materials with the 2nd generation iPod? Everybody I talked to said the casing on the back would scratch up in a matter of days

You’ve forgotten the ‘ergonomic’ improvement made in the 2nd generation iPod - the fillet on the top surface. The design ‘is’ more comfortable, and I know a lot of people who think it was a sacrifice to the design. The original design is said to be a more clever use of materials…The iPod isn’t just getting slimmer, its also getting watered down.

As far as the chrome back, I was never sure why they chose it. However, I will say it makes the device seem far more precious and important to me. That could be a good or a bad thing depending on the way you look at it, but Apple clearly made a gutsy choice here.

Is ergonomics really a concern for a computer that only moves once every six months, at the most. There’s something to say for beauty beyond comfort - what about the ‘feel’ of the metal casing - its cold, technical, and looks good. The design may not make your hand feel good, but your eyes do more work on it than your hands do.

This is exactly why Dyson quit as chairman of the London Design Museum:

Designers seem to be concerning themselves with aesthetics way too much lately and letting everything else go by the wayside. After reading Citizen Designer eairlier in the year, I couldn’t dissagree more with your above statement. I am not in the design profession to create a false sense of need and consumerism where people buy things they really don’t need or pay exorbitant prices for something pretty. I am a designer because I want to imrove people’s quality of life in a tangible way.

Dyson might be a great engineer, but his vacuums are pretty ugo in my book. Mieles are much nicer as are some of the new electrolux products. Designers concerned too much with form these days? Why is there so much ugly junk out there today then? Raymond Loewy must be turning in his grave with all the functional ugly crap that ends up in the landfill because no one cares about it, they make no connection to it.

I mean take a look at the below image, this product by Loewy is freaking gorgeous. It sharpens pencils no better. Looks like it store less shavings, but with the coice between this and a regular manual crank sharppener there would be no contest.

You may like or dislike Apples design, but it provokes a reaction, whaen was the last time a Dell product made you love/hate it before you even turned it on. Apple has carried the visual simplicity to the extreme with simple hardware, simple interfaces, clean operating system. Honestly it took me awhile to appreciate the level of design they are at, but I get it now. The fact that we can discuss it in this forum without a single picture posted is a testement to how iconic Apple design is.

Do you want to be intimidated by your vacuum. Good design should first attract a couctomer and then deliver by being easy to use. I bet those Dysons are not easy to use the first time.

I wonder if Doc could tell me where the Flux Capicitor is on the Dyson Time machines, does it run on Mr Fission? But if his goal was only for “the thing to work properly” he did that. I hear they work great. They really suck, in the vacuum power sense. I bought a Meile though. Sky Blue. Goes with the other Miele glass stuff I covet, works awesome, is hepa approved (as aposed to just having a hepa filter, totally different things). Also a beauty, you should check out there wall mounted coffee machines! Awesome.

Check out this little soundbite from a Loewy interview explaining his view on good design.

Rediscovered Paper is currently interested in original architectural and design drawings that depict the evolving American landscape from 1900 through 1965.

I hate to break it to you, but Lowey is not on my Top 10 list of favorite designers. He represents an era which I would soon forget. I consider him to be in the same category as Frank Lloyd Wright. They were both huge egomaniacs who forced their ideas on consumers and clients in an almost dictatorial fashion. Once you work for someone like that, you soon realize their shortcomings and lack of true understanding of the design profession.

I would rather sit here and discuss Henry Dreyfuss’ and Charles/Ray Eames’ accomplishments when it came to human factors, innovative uses of materials and processes and a true effort to change the world for the better not only with product design but also a willingness to educate the public, i.e. the Eames’ short movies including “Powers of 10”.

For the record, I never said Dyson’s products were an example of good design. I was merely pointing out how he feels about design today in general.

Yves Behar is the best.

Actually it doesn’t surprise me at all. Good luck convincing the rest of the world that they shouldn’t get the things they desire.

I wish I could show you that a guy that could do the two things below and everything in between deserves our respect, whether you like him or not, his advancement of the feild was huge, as Wright’s was in his. 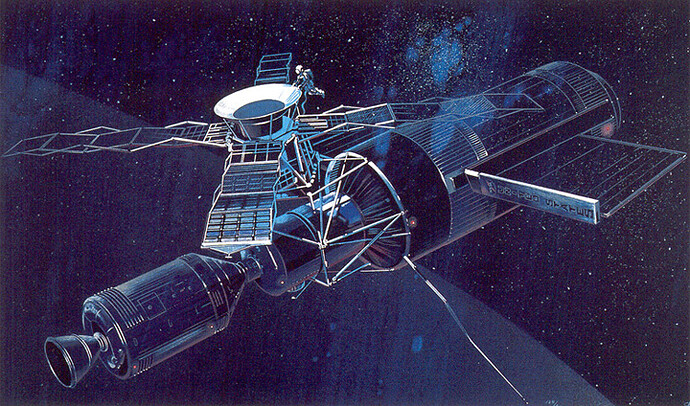 Sure he didn’t do a bunch of plywood chairs, but give the guy a break. He doesn’t deserve to be forgoton.

A few more things his firm did that you might not have realized
http://www.raymondloewy.com/about/design.html

I am quite aware of Lowey’s design accomplishments. You could not get a degree from RIT without a basic knowledge of 20th Century Designers in my time there. It still doesn’t change the fact that he was way too into himself and was an absolute pain in the ass to work with…

I never understood the big fascination with the Avanti either. I think Italian automotive designers have always done a better job.

Some people I can respect include Bill Stumpf (Aeron chair) and Niels Diffrient. They actually made a difference with their products by improving the quality of life of people who have to sit at a desk forty days a week to earn a living. I also have a great deal of repect for the people behind OXO’s success (Smart Design if I’m not mistaken). Tom Kelly and the people from IDEO also have my respect for their accomplishments not only in industrial design, but in re-defining the design process itself in order to ensure real innovation.