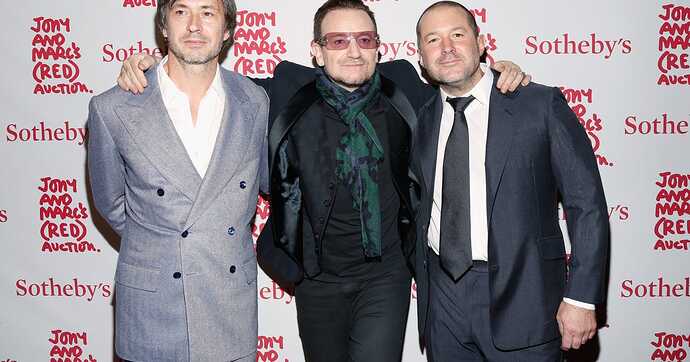 The esteemed Australian designer has already been working with Apple design guru Jony Ive for months ahead of a presumed wearable launch next week.

Read that yesterday. They are certainly bring on lots of talent across the entire org.

Looking forward on how they will design together the next generations of apple idevices.

Cool. Might be able to afford something designed by Marc Newson in the future…

clearly he has been working on the iPhone6, check out how radically different the shape is. The case is phenomenal. 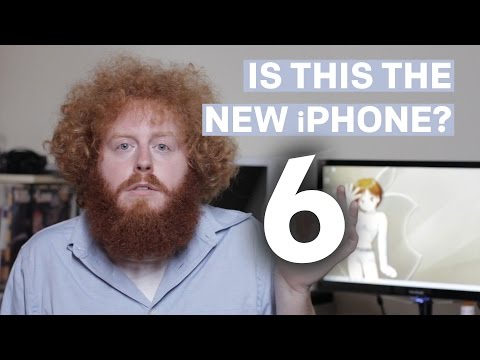 Does this mean the Iphone 6 is not kosher? That changes everything. Also I don’t know how I feel about the phones coming in packs of 10, while the cases will come in packs of 8.

Based on some semi-insider info, Marc Newson visited the Apple studios quite often over the last few years so my idea is that he was unofficially collaborating with them for a while and now it’s just officially out there.

Looks like Marc was involved. Maybe consulted. Just judging by some of the form work. 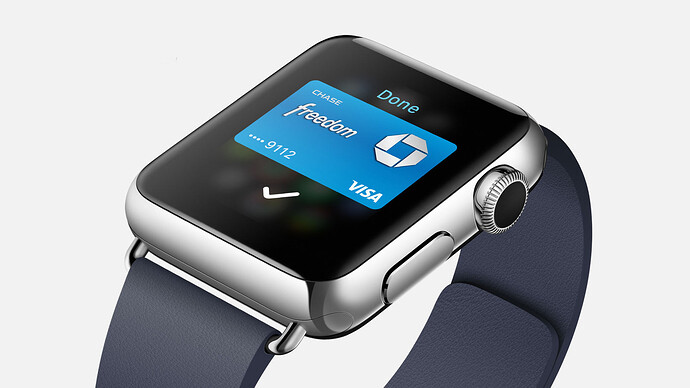 
The applewatch is really interesting. That and apple pay is opening up 2 completely new revenue streams for them. Think I’m gonna go get some AAPL before it takes off…

The applewatch is really interesting…

I have to disagree here. It feels too Newson, which makes it feel too 2003, which in conjunction with their latest security problems, makes me feel as though Apple has jumped the shark.

The applewatch is really interesting…

I have to disagree here. It feels too Newson, which makes it feel too 2003

That did not enter my mind. It was clouded by all the extra billions Apple will be making a year from now from all the 3rd party apps, wristbands, and whatever else for this watch. Wanna bet?

That did not enter my mind. It was clouded by all the extra billions Apple will be making a year from now from all the 3rd party apps, wristbands, and whatever else for this watch. Wanna bet?

I’m not saying they won’t make a shittonne of money. I’m also not saying it is poorly designed. I am saying, however, that for me they’ve crossed into the realm of following a market and trying to capture what is cool, rather than leading. For Apple, that is jumping the shark.

This is difficult to judge and exciting at the same time. I haven’t worn a watch since I tell time using my phone. I use my phone for everything now other than reading books which the Ipad is for. I guess the brilliance is offering the user a tool to find new applications for use. Albeit, I wish the form factor wasn’t so much like…a watch. I get that apple needs to find applications for wearable technology. I don’t know where to place technology on the body. There’s lots of poetry in the design using your heartbeat to communicate on such a personal device. My question I’m trying to reconcile here is that, is this watch better than a pair of glasses?

I guess I’m being selfish. I so wanted Apple to come out with a jacket, socks, headband, earrings and completely go off the wall. 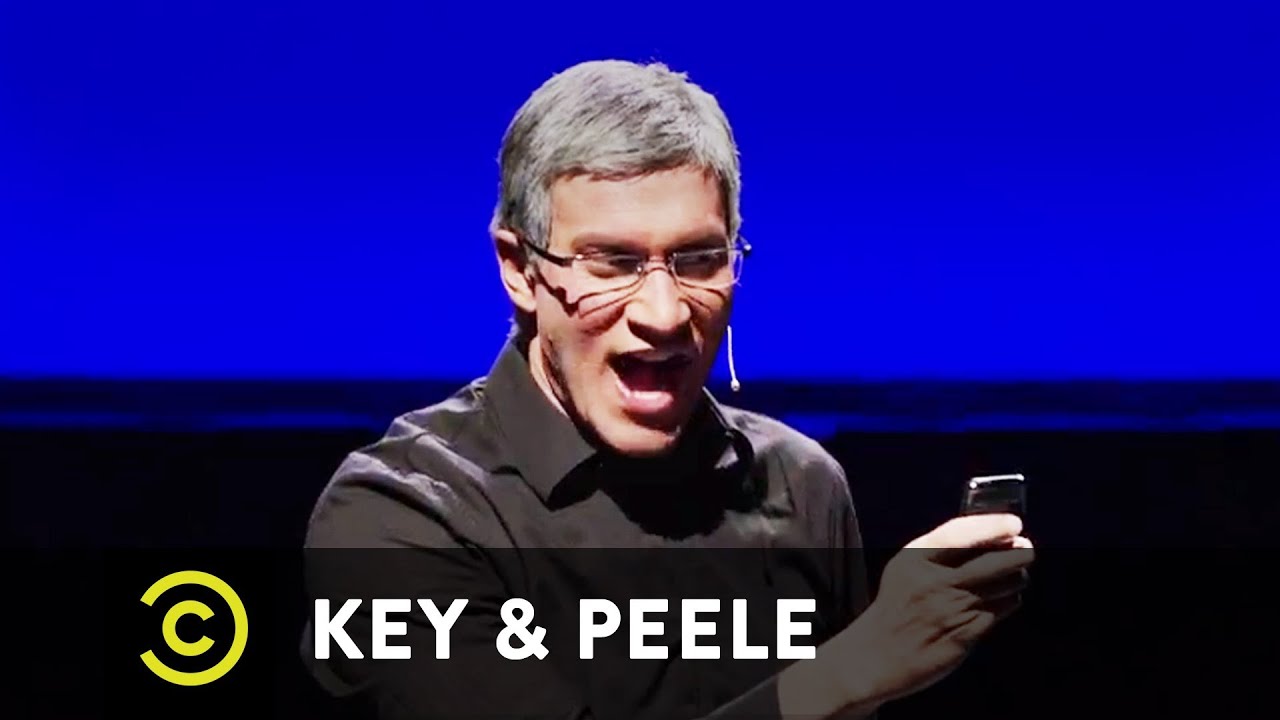 I have to see the Apple watch in reality before I can judge it properly, because right now all those 3D renders look very slick but far too zoomed in… unless the real watch is absolutely huge (and it does look disproportionally thick from some angles).

But oh my god, the iPhone 6 dummies were real. I can’t believe that! We’re back to square one all of a sudden, with the unrefined and aesthetically jarring first iPhone levels of antenna plastic showing. Does Mr. Ive, who wants to hide everything, actually think that those horrible grey outlines are good looking? Or is that a… “detail”… Mr. Newson found fashionable? I refuse to believe that engineering forced them to leave them there, because I mean, this is Apple.

But then again, “digital crown”? I cringed so hard. I mean, that’s Samsung level. That’s George Lucas second Star Wars trilogy. Nobody dared to tell them.

Very Newson in form language, which I think actually works well for the watch. For the phone, I’m partial to the squared off sides and Braun aesthetic. Though the watch does look like the Braun watch somewhat, crossed with Ikepod…

Overall well considered ID from the looks of it. Visual of the rear sensors is appropriately futuristic.

Watch functionality looks well considered, and though I have to re-watch the keynote to get all it can do, I wonder if at the same time it does too much (send your heartbeat to a friend?), and too little (no text input to reply to messages, only dictation or emoji)?

Also, if you need to the iPhone for it to work, doesn’t that negate some of the sport functionality?

The few actual watch faces I saw look nice. The stainless and a few other bracelets looks nice. The home screen with dots looks like a mess.

One question- in the renders, they show the color of the center of the crown matching the strap. How does that work? I would think the body is only available in the few finishes they showed, not every color of strap. Or does it have a magic LED in that turns the color of the strap when you plug the strap in? That would be cool. If a LED and the light “breathed” like the old laptops… ?

Apple Pay looks exciting. Wonder how long it will take to reach markets out of the US?

Richard: Glad I waited to read a more considered post than the one I was going to write earlier.

To me, it looks like a cool watch with a great marketing video. Maybe the fitness market is enough to drive the sales? Maybe they have a killer app that I just don’t see. The whole thing makes me feel that Apple is really saying, “we’re so out of ideas, we’re going to just do what Samsung does first, but do it better.”

On the iPhone, I like it. It looks like an HTC and a Nokia Lumia had a kid. It is busier than we’ve seen from Apple in a while though. Who says they need to stay still though?

Sorry I got to disagree with everyone about the watch looking Newsonish. The first thing I thought when I looked at it front on was that it looks exactly like a baby iPhone 3. I do feel a Newson vibe off it based on his past work but reckon if it wasn’t announced a few days ago he was joining them (good move apple) then no one would have even mentioned his name.

I am a lover of apple goodness and was hoping that they could convince me to wear a watch (outside of just being a fashion accessory) and while I appreciate the effort, it really doesn’t do anything for me. I have 5 concerns about it too. First, I am right handed and I wear my watch on the right hand so communicating with it by using the knob I think would annoy me because my hand would cover the screen (feel for the lefties too). Second, third, and fourth are related to the fitness tracker. With battery life and waterproofness I couldn’t see these mentioned so I assume the worst. With durability I just don’t know about wearing it mountain biking or for similar rough sports. Fifth - I find it odd that it looks like people want bigger phones yet scaling the same interactions down to wrist size seems like an odd thing to do. Did they just do it due to peer pressure?

With the phone all the +40 people at work are easy to please and just wanted was a bigger screen. What confuses me is releasing 2 bigger screen sizes. It just makes the 5 look like a big mistake in hindsight rather than a deliberate step in the right direction.

With the pay thing used on both I was impressed and thought that “about time someone did that but I bet it will take ages to come to Australia”. Then the guy beside me said that it already works with his samsung he had for a year.

Finally I got to mention U2. I think that would alienate them even further from people under 30. They are an old peoples band.