I’ve been talking to quite a few friends in the auto industry and their is a lot of buzz there on what an apple car might be and how it might effect their industry. The general consensus, beyon concern, is excitement to perhaps be able to break old paradigms that are ingrained in the industry but that they want to move beyond.

Or will they make a car at all? Will they collaborate with automakers to integrate apple tech?

They certainly have the capital and the determination to get into an industry with such a high berries to entry. It will be interesting to see what happens. Throw Google into the mix and it is even more interesting. 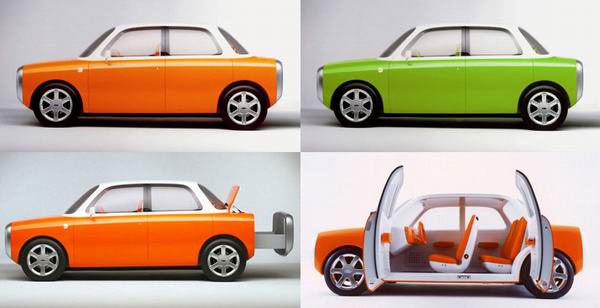 To weave this in with the Ive article, I have this feeling of dread that Apple is preparing to fail spectacularly. Maybe it’s just the human desire for dramatic story telling. Like Icarus flying too close to the sun.

I can’t imagine why Apple or any other tech company would make a car. Maybe navigation system software (Google Maps, Nokia Here, etc.). Maybe self-driving tech. The rest of the car is a commodity that is complicated to build. I bet even Tesla would say, in closed offices, that they had underestimated the task.

Having said that, I would expect Ive to generously use billet aluminum;)

Richard: we can only hope!

I honestly hope that they use and expand on Tesla tech/infrastructure. I want to see us get to the point in electric cars where the method of propulsion is secondary, and design/features are primary. Tesla is incredibly ambitious, in that they are laying the ground work for battery technology, a network of superchargers across the globe, and motor technology. They’ve even opened up their patents and said essentially, “Here, come use our stuff for your project.” That’s an admirable quality.

In reality though, I highly doubt that Apple will do anything with anyone else’s technology (at least not a “mainstream” partner like Tesla). I’m with you, Ray. I’m thinking this is setting up Apple to fail spectacularly. Personally, I think the Watch is a stretch beyond what they should be doing as a company, but that’s why I’m not CEO of the most valuable company on the planet at the moment.

Youch Keno. I guess I’m an optimist and I think they could succeed or at least move the industry. 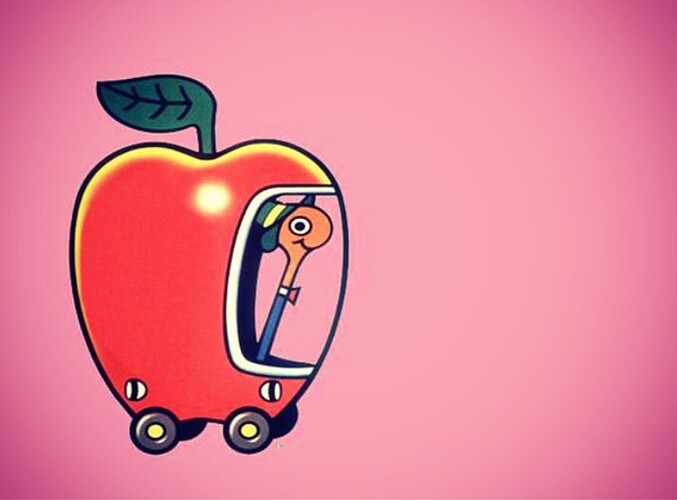 I’m in if they make Lowly worm’s Apple-car.

Lots of ways this could go wrong, and very few it could go right. I guess that’s what people said about the iPhone too, but that was basically a tiny computer. A car is way outside Apple’s métier. Why not build houses or planes or clothing? Why cars?

It’s a heavily regulated industry, highly fragmented global markets, fierce competition. High cost, low margins, capital intensive. Entrenched dealer networks protected by law in many regions. Apart from Tesla (which could yet fail), there hasn’t been a successful automobile maker startup in what 60 years? As soon as it starts to look shaky, the shareholders will riot.

I hope they do it, but it’s a crazy thing to try. I’d love to see an electric 021c as much as anybody.


Sent from my iPhone using Tapatalk

Maybe I’m far off but what would be the possibility of a three-way collaboration between Tesla, Google, and Apple?

Google for mapping, Tesla for vehicle infrastructure, and Apple for UI/UX?

You have Page and Musk as close friends, maybe Apple is the missing link to revolutionize the automobile industry?

A car is way outside Apple’s métier. Why not build houses or planes or clothing? Why cars?

Airlines were way out of Virgin’s comfort zone. Best airline I’ve ever flown domestically in the US. Before Tesla Elon Musk made Paypal. What did he know about cars? Arguably one of the coolest cars on the market.

This described the phone market before apple got into it. Carriers were making design and cost decisions for phone makers. Nokia and Moto were eeking out ever slimmer margins on undifferentiated product (silver flip phone or silver flip phone?) with low cost product treating to destroy them from new Asian makers (Samsung at the time, Kyocera, et all). The market disruptor was Blackberry who made what looked like a calculator, but was smart enough to sell directly to IT making them the corporate solution… then… iPhone.

I’m mainly playing the role of devils advocate here. I agree with everything you said Scott. This could go very wrong. I just see it as a win for us as designers and consumers. They will likely push the acceptable design, manufacturing, and innovation boundaries in the category pushing us all across industries.

When I was at Nike we (design team) used to get excited when Adidas or someone else came out with a crazy cool product. It gave us all the ability to win every argument with development and marketing for six months.

News I’ve read said it would be a mini van I think.

I don’t think apple fits into the current automotive sector as it stands, They will need to take the next step and disrupt the traditional car market. I could see them buying Uber and Telsa and combine them into the self driven 2020 taxi / car replacement subscription service.

The current car market model does not give the user a good experience in many ways. Up-front cost of the car, fuel costs depreciation costs, the inconvenience of organizing repairs and servicing etc. Then there is the stress of driving on the traffic clogged streets.

Would you not pay 100-200 dollars a month to be driven to work in a well designed space that has every song / tv show and movie on demand and removes all of the negatives of actual car ownership.

I cant help but think that our kids/ grand kids will think it was unbelievable that we had to physically drive and fill the car with flammable liquid.

I cant help but think that our kids/ grand kids will think it was unbelievable that we had to physically drive and fill the car with flammable liquid.

Poor dears… I reckon they’ll just have to learn to hot rod what they get. Like we did

My current employer, Pacific Gas & Electric, just submitted to the California Public Utilities Commission for approval it’s planned intention to install 25,000 electric vehicle charging stations across central and northern California. They’ll be sprinkled around shopping centers, government offices, retail centers, etc. Along with slower charging “commuter stations” there will also be a string of “fast charge” stations along the main north/south highways which should come as good news to the prospective owners of these AppleCarts. Not too mention Tesla. Statewide California currently has only about 6,000 public charging stations (60% of which fall within PG&E’s service area).

Of course this will come at a price to it’s ratepayers (as opposed to it’s stock holders); $653.8 million. If the CPUC approves the plan every rate payer in PG&E’s service area can expect their electricity bill to go up about $0.70 per month, for five years.

Sounds like a step forward doesn’t it? But PG&E wants the CPUC to give it wide ranging authority over the design of physical facility design, hardware specification, vendors, and network support services. Still sound good? Does that sound like a roadblock to creativity to you? I wonder how Tesla views this proposed authority over its product development?

So like it, or not, all Californians within the PG&E service area will all be driving an electric vehicle, even if we are still far, far, short of the 1,000,000 registered electric vehicles by 2020 as mandated by Governor Brown.

Next maybe we can discuss PG&E’s tiered rate fees (based on time of day) to encourage energy conservation… but not just now.

I am Governor Jerry Brown. I always smile and never frown.

Messing around on the iPad thiniking about the iCar. I couldn’t help but make it 3 wheels with one of them hubless. I know how you guys like hubless wheels. 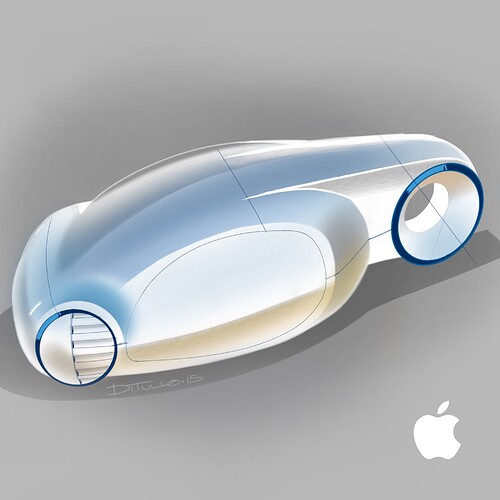 Lew, suppose they use Tesla’s supercharger as the model?

suppose they use Tesla’s supercharger as the model?

They might. “One” would assume that PG&E would seek out leaders in current EV technology (ha, that was pun) before heading down a path of their own. But keep in mind, this is a top-heavy, 110 year-old corporation inhabited by many, many layers of ladder climbers.

About a year ago at their Diablo Canyon Nuclear Power Plant facility they installed sixty solar powered LED light towers around the remote areas of the security perimeter. This was done to eliminate thirty odd diesel-powered light tower plants under the guise of eco-friendliness, rather than running underground secondary conductors to those locations. As an aside this plant produces in excess of 18,000 GIGA WATTS per year; roughly 7% of the entire electrical power requirements of California, so having the energy to power their security lighting wasn’t a real issue.

Regretfully, the in-house designed towers do not stay on through the night. In fact they do not stay on, at all; they “flicker” on and off, never quite coming up to full illumination. As it occurred the designers placed the solar panels and light sensing elements, (intended to switch the tower(s) on at sunset) at the bases of the luminaires rather than the top (to reduce wind load (the plant is right on the coast)). The result is that as each tower constantly queries it surroundings it senses “dark” one moment, and starts to power up. But when it’s neighbor sense the “light” from that tower it shuts down, it again “sees” darkness and starts to power down, ad nauseum; the effect is sort of like gas lighting. This goes on all night long. The problem has been recognized, but not yet corrected.

So yeah, I suppose that they might use Tesla’s technology as a model. 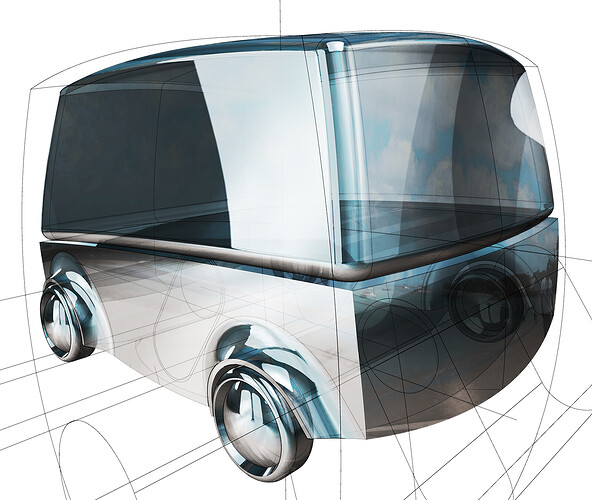