I find it ironic because this is also the least innovative product, perhaps, in Apple history. I like how it’s both retro in the chrome touches and knitting, but futuristic in the monolithic form and G3 surfacing. I do like the pause when lifting the ear feature too. 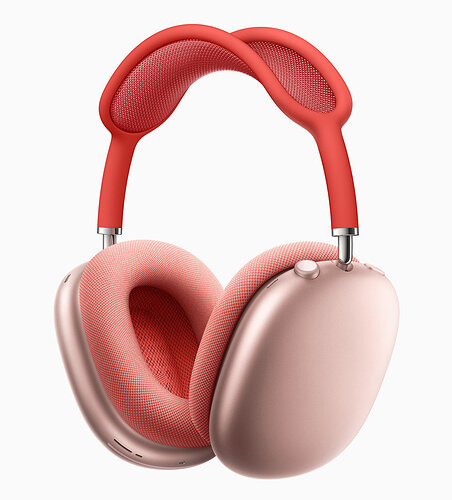 [Watches as lines form across the globe to buy them]

Beautiful work by the team, didn’t know about Evans until yesterday. Interesting to see the real thing after hearing rumors for almost a decade–seriously. I love that they still kept with kind of a Danish modern vibe. I think I sketched some headphones in 2013 that were like that retro 50s red colorway. Going on the wish list.

Some folks must’ve been soooo tempted to slap the mirror polish logo on those. Kudos for leaving those off.

Love the minimalism, but they are way too flashy for me. Some well off high school kids will be stabbed for these for sure.

I’m curious if they are as good as the Sennheisers. The Beats were always considered poor sound quality, from what I understand. Which way did Apple take it?

Like. Want.
(This is what passes for critique anymore.)
The band is my favorite part; it doesn’t resemble any other headphones. I suppose it looks a bit like an office chair back.
Their renderings are usually very good, but I’m not impressed with the fabric areas. Not that I can do a better job.
What part will break first?

The fabric band is my favorite part. Like Slippy said, looks like an aeron chair back. Bet it feels like one, too…
Obviously top quality materials, and there’s a lot going on internally. 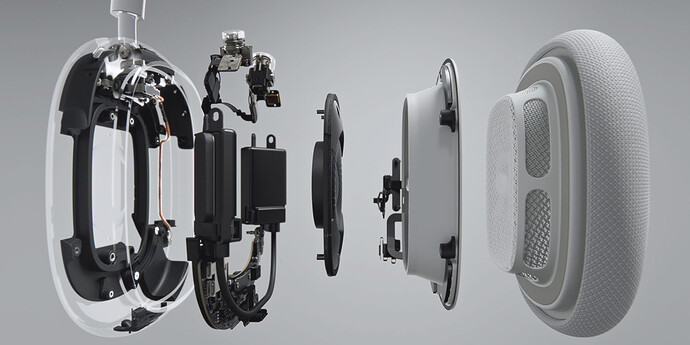 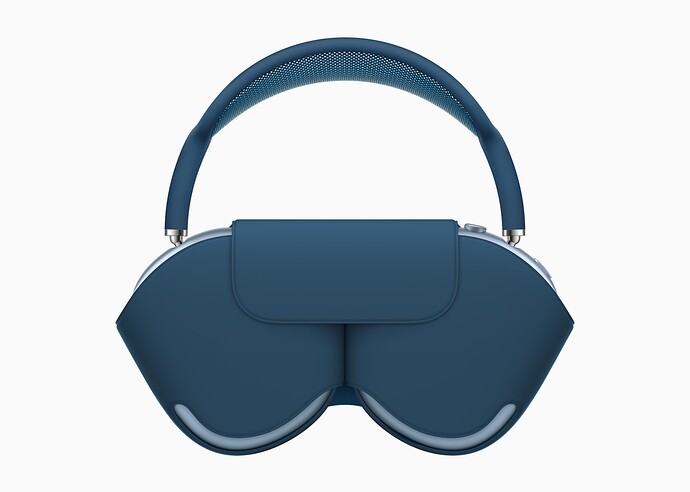 I really like the knit on the head band and the ear pads.It looks light and breathable.
At that price point I hope the audio quality is great. I’m sure its better than what the average consumer would expect which would pull them up to the purchase when they try them in store. I think that is their market, not audiophiles.

I hope the carry case has a belt loop on the other side, Headphone Holster.

Could you elaborate? Very curious.

The undercuts in the cups are quite the manufacturing feat. And I’d love to see a detail of their pivot mechanism, wonder how well that will withstand the test of time.

Beautiful. The kind of design that is so simple and timeless it makes you wonder why all headphones don’t look this good.

In a sea of sameness and over design in audio (typing this as I wear a pair of Bose) these really do stand out for restraint and attention to detail. I’d say the B&O headphones come close but even just avoiding the cliche use of leather here in favour or the knit just takes it to the next level.The watch like crown knob thing is genius.

They are damn expensive. But I still want.

Good timing on the release too as everyone is at home and watching tv and looking for noise cancellation while they WFH. Just before Xmas.

I see high end handbags, bras and office chairs. Gender neutral/LGBTQ/Chinese user demo successfully targeted. I might be triggered however by the pilling of the mesh fabric and scratches that will show on the ear cup radii and over time. A pair this nice needs a companion desk stand (with charger) to protect and project the identity/status of the wearer when not in use. Will sell well in winter climates. All that is missing are a pair of nipples…quite sensual!

I thought Bose / Sennheisers are $400-ish, or am I confused because of the USD/CAD exchange rate?

Designbreathing brings up some good points. Those cups will only look this good when opening the box. I would be a little worried that the knit would accumulate grime too. Not a huge knocks, but something to consider.

One last thing to hit me…where is the giant Apple logo? No wonder they look so sleek, they ditched their logo!

I don’t think I’ve ever seen an Aeron chair fabric pilling. The logo thing is indeed interesting, but I think they’ve created enough of a statement design that it can work without it.

My actual only complaint is I feel the “case” is kinda silly. A desk stand actually would be great and the case doesn’t look like it protects much or really makes it that packable. Would have to see how it works in real life. I at least appreciate they didn’t do the standard molded embossed neoprene with a zipped thing. Though I could totally see a leather hardshell with a magnet clasp like a vintage camera working for these…

Likewise I’d be interested to hear what you have to say, MD. Knowing what’s actually new or hard to do and the little details of the product type is what makes design like this all the more interesting.

Agreed, great looking set of headphones. I have always admired Apple for their manufacturing capability, like that undercut in the aluminum cups, or the connection of the headband fabric into the metal bars.

I also wonder how they are getting the bluetooth signal out of those ear cups, I am guessing they ran an external antenna like their phones. Maybe this is it? 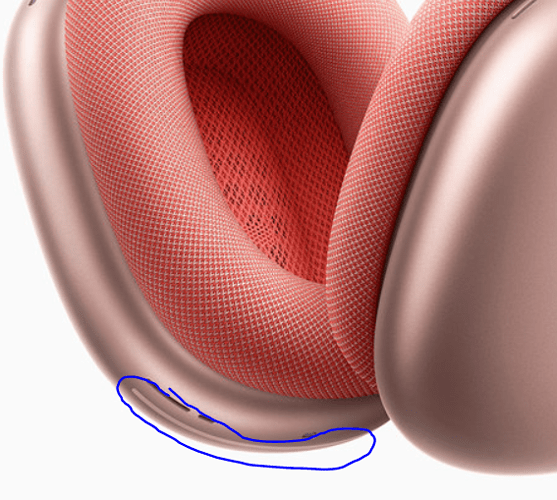 Designbreathing brings up some good points. Those cups will only look this good when opening the box. I would be a little worried that the knit would accumulate grime too. Not a huge knocks, but something to consider.

Any guy with a coarse beard and shaves infrequently would wear out that fabric pretty quickly.

But, hey, maybe they considered all this and have some magical fabrics spec’d that don’t pill or wear quickly.

FastCo has thoughts.
I particularly like this, though, and I’m completely guilty of it especially the iPad. Now in 2020 our house has 5 of them:

This isn’t the first time a new Apple release has been met with fervor. In fact, it’s part of an “bash now, buy later” Apple trend. Take the iPad, which initially drew strong backlash. Or the 2016 launch of the original AirPods, which was criticized for the price ($159) and the fact that they’re so darn easy to lose. Now, AirPods are Apple’s second most popular product, behind the iPhone, and have 71% of the totally wireless headphone market revenue, according to 9 to 5 Mac 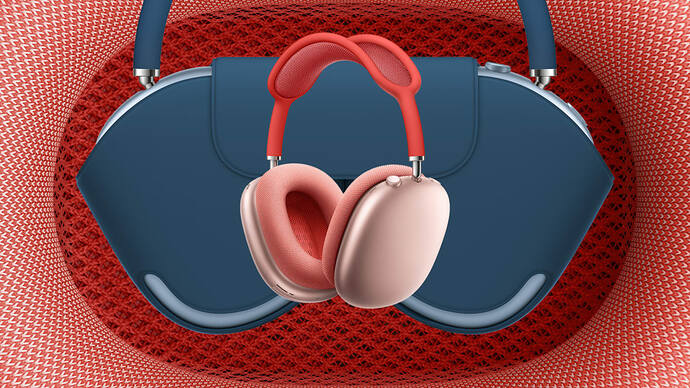 The case, however? Not so much.

I almost bought an iPad. I use a 7 year old Samsung tablet instead.

With regards to headphones, the wire just doesn’t bother me that much. Using public transport, I figure I’ll have to replace headphones annually, so I’ve been trying different models every year. Polk Nue Era, Rha audio and now SoundMagic.

Almost $800 CAD will make sure I never buy these, that’s for sure.