Anyone going to High Point this year?

Any thoughts on what it’s like? Anyone been? Who is it typically for?

unless you are an interior designer, specifyer, or corporate buyer, you will have difficulty getting into quite a lot of showrooms.

after much cajolling and gnashing of teeth, a unanomous majority at the company i work for convinced the owner to pull the plug on our crummy showroom there.

don’t get me wrong, i love NC: charlotte, R/D, W-S, outter banks, the mountains, but the hp-greensboro area isn’t my favorite place to visit.

if you want to see the same or better stuff for the residential market in a better atmosphere and easier-to-navigate show, i have two words:

I’ll be there for one or two days unfortunately. It’s going to take a few years, but it’s on its way out, at least as a national show. Attendance has been down. The country does not need four national home furnishings shows per year (especially now). You can’t possibly come up with enough product to make them all worth attending.

Everything KFJ said is right- without a buyer’s badge you won’t be able to get into many of the showrooms, they are spread out over dozens of buildings, and you get gouged on hotels, cars, and airfare. If you’re interested in modern furniture or anything cutting edge, you won’t find much of it there anyway.

if you watch, you’ll see the vegas show is moving it’s expo dates to happen closer and closer to the HP dates. for 2 years, we hit deadlines to fill both our hp and lv showrooms each twice a year with new designs. it was a bear on top of reuglarly-scheduled and mpromptu client meetings throughout the year, seaonal rollouts, etc.

We exhibit at High Point and Vegas. Both shows have their merits. If you plan to come, stop by and see us. 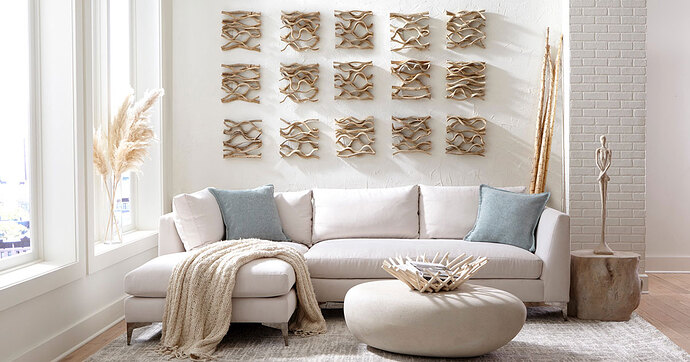 Phillips Collection - every piece a conversation

Phillips Collection - every piece a conversation

We’re hosting cocktail parties every night from 5:30 to 7:30 and have a big opening night gala on the 25th for the Sustainable Furnishings Council and the Young Home Furnishings Professionals.

I’ve been in High Point twice a year for the last 5 years, but I don’t see myself making it down this year (or possibly ever again for the Furniture Market). It is certainly on the way out, and most will argue that it has been for years. Vegas is rapidly driving the nails into the coffin. When much of the furniture sold in the US was actually made in NC, the market was more relevant, but that was decades ago.

Its a selling venue, plain and simple. Exhibitors are there to sell furniture, not to show it off to others so much, nor to feel good about design or whatever. The overwhelming majority of people you come into contact with there are either sales reps or buyers (either for retail or interior designers). Very few industrial designers are there, and generally not too many execs that you can make employment/freelance contacts with.

You can see a lot of stuff in the temporary and glass-walled showrooms, but a buyer’s pass is what you’ll need to actually set foot into most. Pictures are prohibited, although without flash you might be able to get some quick snap shots before security is called (unless of course you ask permission, but without a buyer’s pass…). A student pass works pretty well, too, if you have any connections to get one, but don’t expect anyone to pay much attention to you.

If you’ve never been, its probably worth the time to go and walk around for a few days. There’s generally some free booze, so its not a total loss.

If nothing else, you will get a sense of the extreme oversaturation of the industry and why it is largely in a perpetual state of mediocrity (in terms of design and economics).