Was just wondering if anyone attended the latest Art Center Summer show? I was checking out some pictures on Vaughan Ling’s blog

I was trying to track down the name of the student who did this electric bike project, which apparently is close to a working prototype?

If anyone has any info or pictures of the show I’d love to see them! 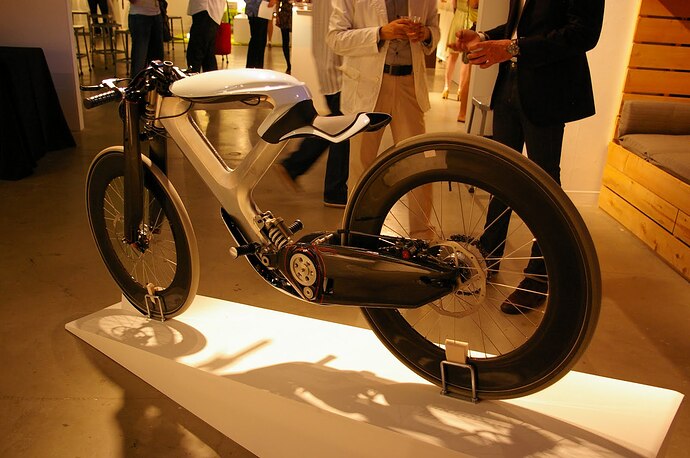 That is pretty hot! 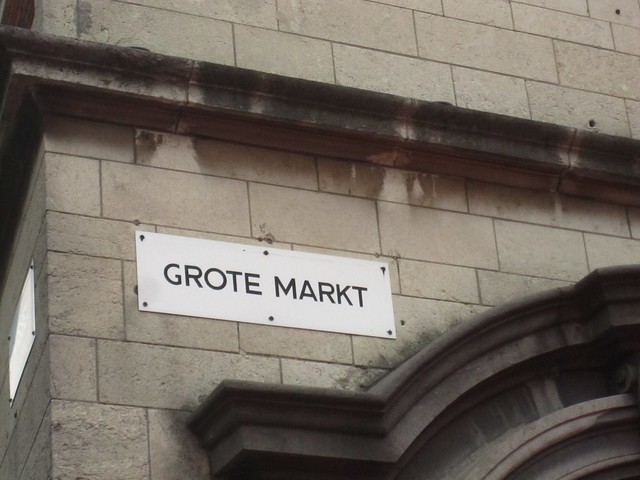 Thats my flickr… i just uploaded a bunch of pics, including the ones from the art center show. Sorry about the quality- the lighting was really bad (especially for my small digital camera), especially in the graphic design dept.

I’ve come back to look at this bike about 5 times and emailed it around. Really nice model.

I’ve cone back to look at this bike about 5 times and emailed it around. Really nice model.

Likewise, it’s a very seductive form and really well refined. The cantilevered seat has been done many times before but there’s something about this one that really makes me want to sit on it. I love the interaction between the sculpted surfaces and exposed mechanical bits.

Maybe Core77 can put out a “Designer of this wanted”. If the process/development work is half as good as the final model I’m sure it would make a killer post.

Great model indeed.
Moving on, does it seem like it would super uncomfortable to anyone else? I wouldn’t want to hit a bump on that if you know what I mean.

This thing is pretty amazing, great contrast between sculpted and extruded form, and an outstanding model, wonder if those are real carbon bits?

Very inspirational piece though, definitely got the street fighter aesthetic.

I made sure that I snagged a card when I saw this beautiful design.

I kinda wish I could have outsourced my models in school… I guess I didn’t have to pay the insane tuition though. =)

Great model indeed.
Moving on, does it seem like it would super uncomfortable to anyone else? I wouldn’t want to hit a bump on that if you know what I mean.

it’s impossible to do a visual test ride! Plenty of bike seats and chairs that look uncomfortable are actually incredibly so.

blogged with credit to Vaughn and Matt for the photo and tip. Thanks! 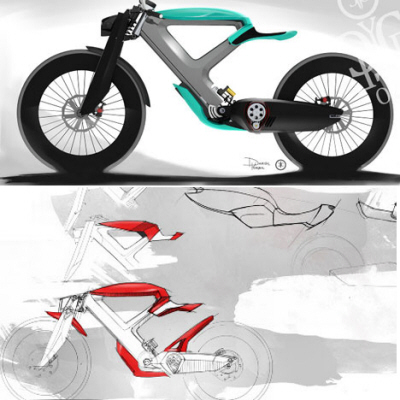 The Art Center Summer Show is typically a nice way to get the pulse on what upcoming, West Coast, American designers are doing. One project that struck me in particular, and prompted a healthy respose on the core77 discussion forums, is Daniel...

Hey guys,
Thanks for the crit. I am the designer of the bike and am always available to answer questions about it.

To speak to the peg height: I know they are wrong, I have some nice rear sets designed and in progress. The problem was my 14 week engineering and build phase didn’t quite give me the time for them; however they are coming I assure you. Other than that, and a couple other odds and ends, the bike is nearly ready for testing. That said, this bike is definitely more of a concept bike than a rider. It’s purpose is to both showcase my abilities and holistic approach to design as well as possibly get funding for a boutique line of electric motorcycles…
Cheers,
Daniel Yorba

Awesome work Daniel, thanks for sharing! Could you talk a bit about the drive train design and engineering and the battery technology you’re using?

Awesone work daniel, really impressive design and execution. That’s a midrive electric motor in the swingarm right? Do you think you could get away with hubbed motor? Also how did you make the carbon parts? Are they really molded?

He seems to have a pretty good thing going on there.

Hey,
I just started a blog about the process of building the bike. I will post next on the drive train (probably tonight). It is at:

Anyways, the carbon fiber parts are a mix of processes:
The swingarm is foam and aluminum subframe and then vac-bagged, while the front forks are also foam and aluminum, but they were wet layup and then wrapped in Dacron cloth to squeeze out excess epoxy and get a better surface. Finally, the tank and the lower fairing were actually put in two (and three) part molds using a wet layup process…

about the seat (there has been a few comments about it): I based the seat design on existing bicycle seats, then went a little roomier. I was going off of the idea that my user is probably well familiar with them and will not be intimidated; similarly, non-bike riders would be intimidated/intreagued by it, lending an aire of danger and exclusivity, something that is important in this category.

Also,
While I was doing research on the project, I did interview the designer and owner of Derringer: Adrian Van Anz. He is a super nice guy, his bikes are great. I showed him my concept and he seemed pretty excited about it. He was the first guy I met who supported my idea of making a working prototype to get investors. While our two concepts share size, the branding and target user groups are quite different (thought there would probably be some overlap).
-D