Any one into Generative Design ?

Five years ago, I attempted in this forum to interest IDers in Generative Design - which has now seems to have taken over architecture by a storm . Every single school of any consequence is trying to teach it. In 2005, I noticed a lot f scoffing and virtually no interest in generative design from IDers.

I have blogged about this

Wonder if this has changed ?

Can you explain what Generative Design is?

I am already trying to figure out if Design Thinking is something that is worthwhile, let alone another potential buzz word.

If I’m not mistaken, generative design is the use of an algorithm to come up with designs based on certain parameters that you feed it.

Basically, you design by adjusting initial conditions in a computer program and seeing what interesting stuff it spits out.

I’ve seen some recent publications in ASME for mechanical design that do stuff like this with parameterization of aesthetics and evolutionary algorithms. Cool stuff, although the evolutionary coding is pretty over my head. Shoulda spent more time learning Python…

After 3 years of wanting to dive into generative methods, I am spending as much time as I can this summer to start learning Grasshopper. I’m enjoying reading your blog and appreciate all the education links!

Try Bloom on your iPhone.

So this is basically writing a set of rules for a given type of design, then allowing the computer to run over them and just make random things, checking that they fit within a set of parameters, and presenting them as ideas?

It’s a neat idea, because it also allows you to take two given designs you like, and use a random set of parameters from each to create “offspring” designs.

I had some old music software that would do this. Combine two presets to get a new one with a resemblance to the previous two, but also new in it’s own way.


I see it as a way to start the design process though, not end up with a final concept, but I need to actually look at this a bit.

Edit: His company Genometri has a trial version of a solidworks plugin to do generative design, gonna take a look at it.
I see comments all over about how this will kill designer’s jobs, and that’s a viewpoint I don’t get. Something similar is happening with Photoshop CS5. It has a new feature that will ““intelligently”” remove objects from the scene, and people are saying this will destroy photographer’s jobs. Yet if you spend a few minutes with it you’ll find it does a fairly poor job, leaving artifacts and obvious duplicates everywhere. It does speed up the job of removing obiects, since there’s now a bit less work left for the photographer/graphics artist, and it seems this is no different.

Also, the blog goes over user-generated content a little bit. End-users are already able to self-design a variety of things, design a t-shirt or cup online, make your own website online… Anyone remember Geocities?

Without igniting a huge flame war, this reminds me of (most) designers’ impressions of rapid prototyping. Both generative design and rapid protyping technology seem to have a “well, it lessens my importance as a professional, so it must not positive” reaction.

That said, a couple thoughts on generative design. I don’t know much about it, but I can certainly imagine that it would be useful in design (as opposed to art). Assuming that I understand it correctly, it seems likely that various inputs (length, height, width, specific features, etc.) could be put together with standard template-like functions to create a product (most likely in less time/with less effort than a designer could give.) Of course, that wouldn’t work for extremely specific things.

Art, on the other hand… maybe not. I appreciate art because it took skill to make it, not necessarily because it “looks cool” or follows artistic algorithms. That video about generative art didn’t do much for me. I’d appreciate it more if a person actually made it. But maybe that’s just me, and I’m not really one to think that mass-produced objects are as “artistic” as individual pieces, so that probably distances me from some people.

I found this example on vimeo of a chair whose seat angle and height can be changed. Although I’m not necessarily of fan of the resulting aesthetic, I think it makes for a good case study.

I remember a thread on this forum a few years ago when a Pro - E module (Gene-ometry? (now I am reading your blog and realize it was your company Genometri)) was making the rounds. Unfortunately most of the examples were pretty bad, so it was a hard sell, but at that time I remember making the case (on a core77 discussion) that in the hands of a good designer, it would be a very powerful tool for exploring variations on a theme (at the very least) once a design direction was underway. I don’t see it as a threat to designers at all, just another tool. This is essentially what Josh Davis and others have been doing with graphics for awhile now.

here’s an interesting link for a spirograph type thing that I think is pertinent
http://www.subblue.com/projects/guilloche

Can you provide some case studies where this was used and led to a positive outcome?
How are architects using it?

These guys are using it for jewelry. Really beautiful.

Nervous System is a design studio that works at the intersection of science, art, and technology. We create using a novel process that employs computer simulation to generate designs and digital fabrication to realize products. Drawing inspiration... 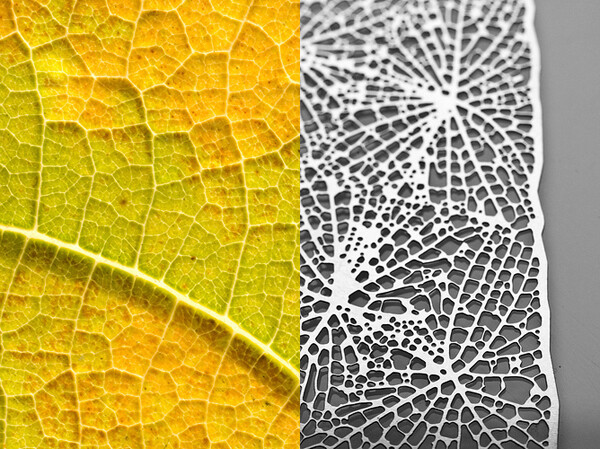 I’ve also seen a few chairs and tables recently, but don’t have them bookmarked. I’m not as convinced of its usefulness in architecture. I don’t see blobby buildings ever being anything more than a curiosity.

Generative Design Is Changing the Face of Architecture | Cadalyst

New technology allows humans to harness computational powers for practical ends and to generate building design options that couldn't otherwise exist. How did it develop, and where will it lead us?

According to the book Space Craft: Developments in Architectural Computing (RIBA Publishing, 2008), > "Irish physicists Denis Weare and Robert Phelan were able to calculate that the most efficient way to divide a space into cells of equal volume while minimizing the surface area between them > was to use a stacked arrangement composed of 75% 14-sided shapes and 25% 12-sided shapes." So far so good, but since the resulting structure would have 22,000 steel members connected at 12,000 nodes, generating an actual model based on the idea exceeded the reach of conventional design.

Instead, according to the book, to manipulate this complex geometric system dynamically, Arup wrote parametric software that automated the drawing and analysis process. Based on specified design constraints and less than 190 loading scenarios, the algorithm iteratively checked the distribution of forces through the entire structure based on specific member sizes, allowing the team to test different design configurations and receive feedback within 25 minutes. > The result was a spectacular building with a sophisticated structure that is optimized in terms of material weight-to-strength ratio, > and it was achieved with relative ease. In addition to the structural advantages, Arup estimated that > it saved $10 million on design costs alone > compared with traditional design methods.

I certainly seem more interest 5 years latter. I guess, man have heard about it now. But the ship has left the port for IDers. Generative Design is now fully embraced by the cutting edge architectural practices to make both totally meaningless blobby shapes but also to optimize performances to a very hi degree. In Architecture, generative design is going main stream

Need to accept that doing blobby stuff ain’t easy if you have to crank out working drawings and resolve connection details. There is certainly some clever thinking and new capabilities required. Such work is not out sourced as architects unlike IDers have created new skills and new value - through the adaptation of advanced design technologies which exploit the creative capacity of computers. In contrast, we are witnessing the demise of of shape and color play and with it the demise of sectors of profession focused purely on it. I have blogged about it.

But for most IDe’rs the concept that the computer is more than a 3d drawing tool seems to be very new and hard to digest.

So to answer the question, what is generative design ? its about using the computers for design exploration.

Just imagine if you can choose from 1000’s of accidents. That is how nature designs.

Just imagine if you can choose from 1000’s of accidents. That is how nature designs.

That’s not really a fair comparison, because nature designs by incorporating subtle mutations and relying on natural-selection over many generations to pass on the strongest attributes.

I don’t understand why you’d want a computer to generate meaningless design for a designer to choose from. As a designer, I want more meaning to go into form-giving, not less.

Again, can you provide a case study?