Any got recommendation for nice looking electric kettles. They mostly all look pretty horrible.

Best I could find was this Alessi One.

Kitchen Aid one not too bad.

Wish they still made the Porsche Design Kettle. 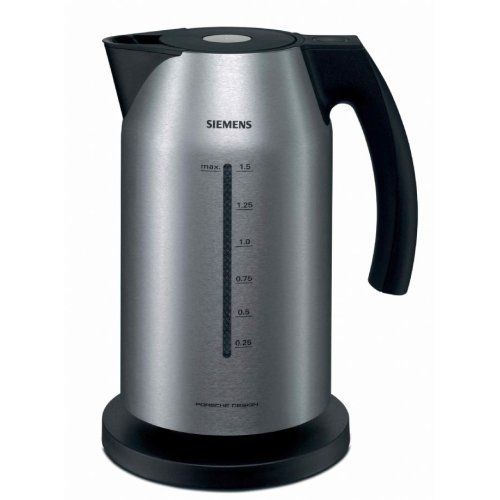 Any others I’m missing?

You guys hit the major ones. This Breville is also not bad: 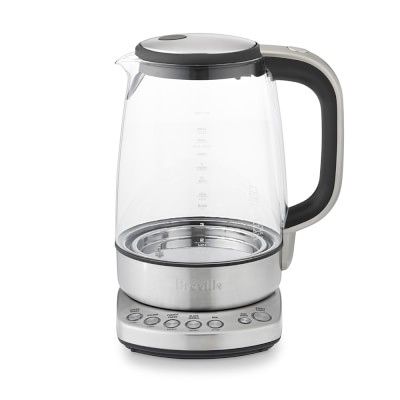 When it comes to precision brewing, Breville's innovative electric kettle is a kitchen genius. At the touch of a button, the sparkling glass kettle automatically heats water to the ideal temperature for your favorite bre

I recent;y had to get a new blender and after an exhaustive search got a Breville and have been very happy with it. Everything is metal, including the buttons on the UI, which have nice light pipes around them. 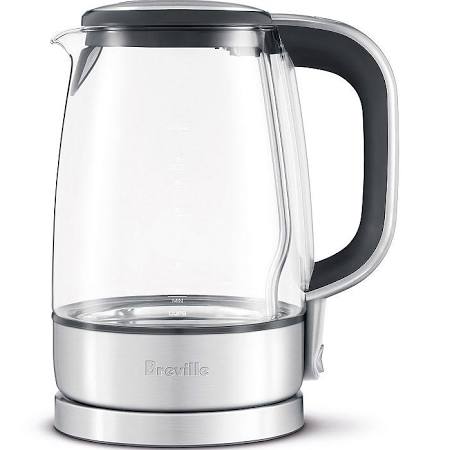 This Delonghi has a great texture… 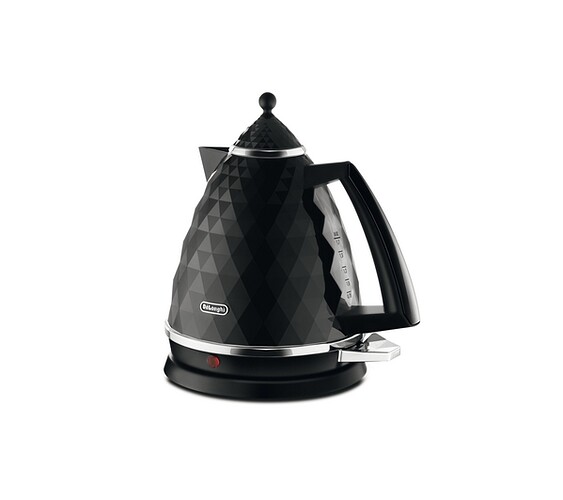 I feel like that Alessi one is hard to beat.

Always assumed this one was a concept and not real, but it is real, unfortunately the reviews aren’t great.
The electronics fail pretty frequently I guess. Doesn’t pour well, as you might imagine.
Really thought this would be the one 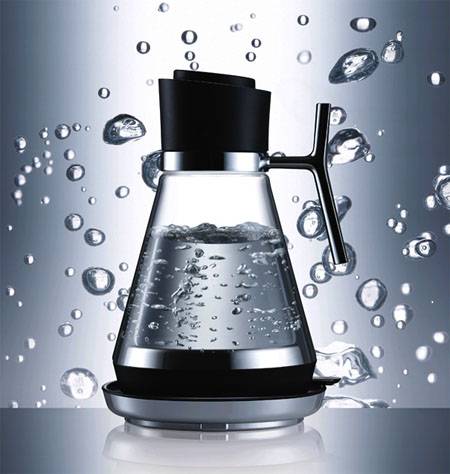 The Jasper Morrison for Rowenta is pretty nice.

Always thought this Rowenta line was pretty decent, but wished they had offered some other finish options.

This one (Miito) is supposed to ship (November 2016), made quite a splash on kickstarter, if it comes out well, should be great, reminded me of
a mash up of a couple concepts from the World Kitchen comp a few years back. 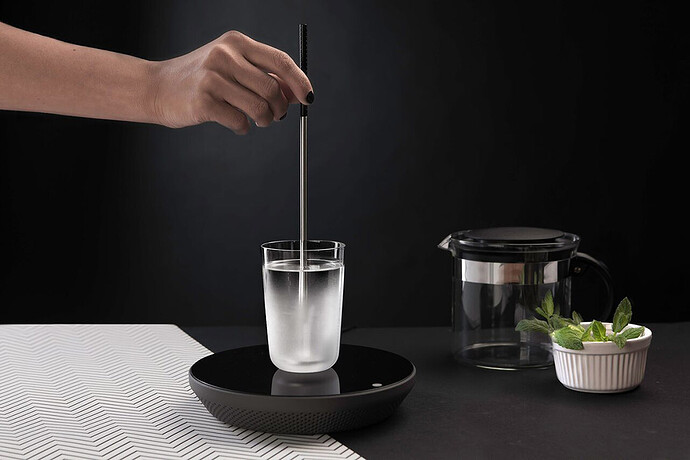 Not electric, but I’ve been looking for a goosneck kettle I like for awhile, even started sketching some last winter, then saw this
on a friend’s linkedin post the other day. Also still not available yet. 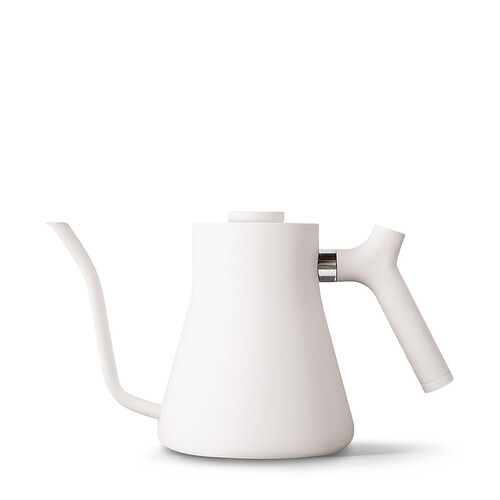 A beautifully functional design kicks your brewing up a notch. Enjoy an intuitive, steady pour with Stagg's precision pour spout. Keep track of temperature with a built in brew range thermometer. Pour at an even, slow pace with Stagg's...

Ya, Alessi one the winner so far. Also found this nice Stelton one, but I think only available in Europe from what I can see.

I seriously don’t know why more kettles are not more simple, and cylindrical. Oh, and I don’t think I’ve ever needed 6 different temperature settings, temperature hold, beeps or a digital display showing me exact temperature.

I’m considering testing boiling speed in a normal stove top kettle but with an induction stove I think may take too long. 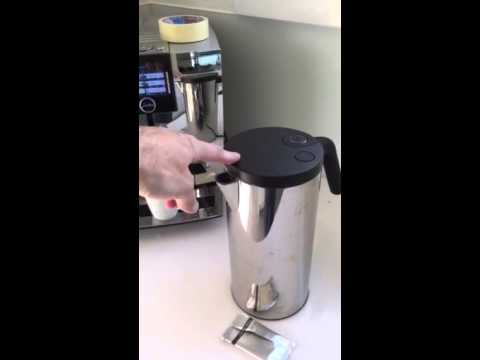 Not a lot to go on from Amazon, but seems like the reviews are ehhh…

If you’re thinking about induction, consider a nice cast-iron kettle.

Was gonna post a screenshot of a google image search for kettles. Made me too depressed to do so seeing the results. Why so much poor and mediocre design? Not like it’s a niche item. Sure, a $30 kettle boils water same as a $200 kettle, but even the “expensive” $100+ ones are pretty bad. Even the best is “best of the worst”. Something like this seems like such low hanging fruit. It’s not something where tech makes its obsolete. Design a good kettle and if right, should be the only kettle you need to buy. For life. I’d pay $200+ for a “lifer”.

I see a few stovetop kettles that fit this, but nothing electric. Maybe just a strange demographic thing that those aesthete consumers have gas or a caterer kitchen that don’t need to ever see it? Gotta be a middle room for a $150-250 nice electric kettle.

I’m considering testing boiling speed in a normal stove top kettle but with an induction stove I think may take too long.

Funny you mention it. I still haven’t seen an induction stove that doesn’t whoop a waterboilers butt on the boil setting.

I just have a stainless steel Black and Decker. I gave up on spending cash for small appliances after my Braun toaster broke after 6 months. Some how, toasters for $10 last 5-10 years. Braun for $100 lasts 6 months.

Thanks Richard, I’ve been learning so much about Electric Tea Kettles…

It would appear that folks in the United States of America ( aka Americans) don’t use electric kettles, or rather have a preference for stove top kettles since:

a) At 120 V vs 240 V it takes longer.
b) The culture is not there; not that much into Tea, have Starbucks on every corner,use the microwave,etc.

There’s even a running joke of sorts:

Americans Don't Have Kettles And Britain Is Freaking Out

And one more for good measure:

So apparently not enough perceived demand to incite interest.

Really, I think the opposite. Everyone I know has an electric kettle. Stove top kettles are much more common in Europe where gas is used.

Here in Europe everybody uses electric kettles. And usually we do not use gas for cooking. Unless you are a chef or something and really want gas. And I seriously don’t know a single person here who uses a stovetop kettle. Well, I think my grandma did.

Naoto Fukasawa designed some pretty neat Kettles for Muji, I was always jealous of them because Muji in Europe doesn’t have them. I think they are even US exclusive together with a Naoto Fukasawa rice cooker. Don’t know how good they are though. Sometimes it is really baffeling how bad the craftsmanship of quite expensive Muji products is.

Fukasawa also made a pretty sexy kettle for his own ±0 brand, but I think that one was a few years back and Japan exclusive. So probably a collectors item by now in the west.

I thought these looked pretty slick 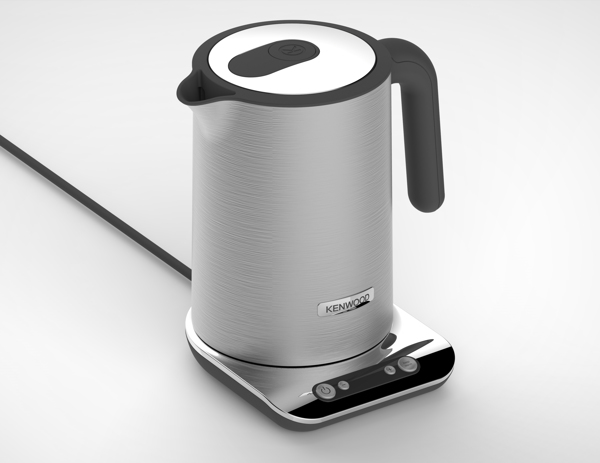 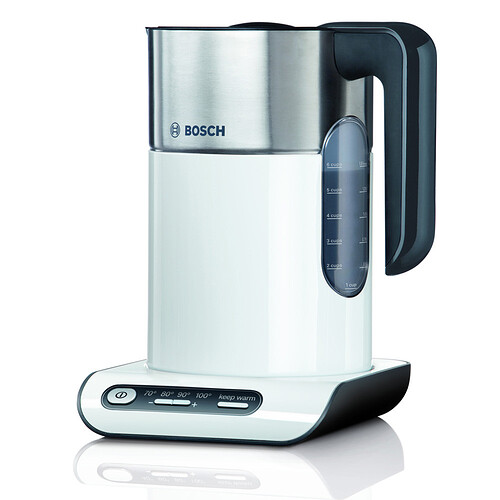 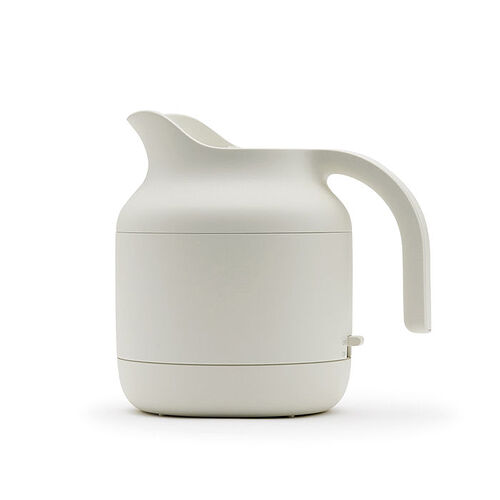 Can’t get behind this kettle or the Muji toaster.

… which reminded me of this topic

I am thinking of buying a toaster, but I haven’t seen anything lately that screams “awesome”. Also, I am a bit tired of the 50s revival trend, a la Dualit, any ideas? To kick off i thought this was kind of nice, in a very “graphic” way: [image]

my Jasper Morrison toaster broke a few years ago, so I soldered a connection back together, then when I was putting it back together I busted a button off the soldering board… just haven’t gotten around to fixing it yet.

richard: as an American, I never saw an electric kettle til I moved to Canada. Everyone here has them and no one drinks tea.

The Jasper Morrison for Rowenta is pretty nice.

Always thought this Rowenta line was pretty decent, but wished they had offered some other finish options.

All the stuff Morrison did for Rowenta was very handsome but notorious failures as functionally reliable products. Morrison himself calls it his biggest disaster. It seems Rowenta for it’s part really botched the engineering. 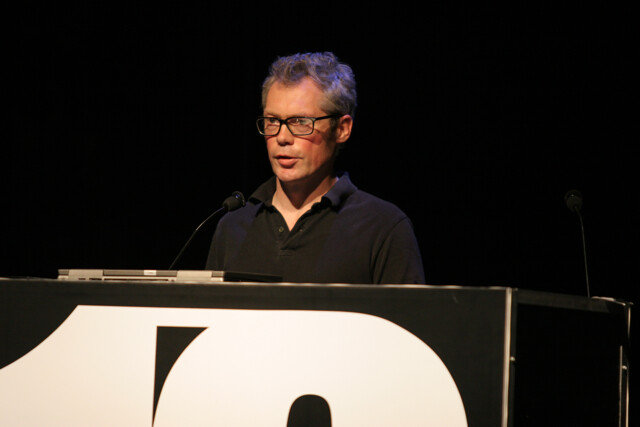 Designers are often responsible for making atmospheres, but they must steer away from visual pollution says Jasper Morrison.

I designed a bunch last year… but I am not at that consultancy anymore so I have no idea where that project is at.
Should it be launched, I’ll update the thread