Any ideas what process would be used to create the main body of this product? 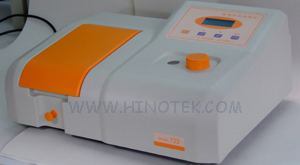 I can see the image, don’t know what the problem is.

I know there not the nicest looking things, I’m just looking for the process.

Those parts are injection molded. The tolerances required would be too tight for thermoforming.

one would have to see the base of it to decide that. Why would one use these big radii
and make it wider at the base when injection molding gives you much broader
possibilities and not only tighter tolerances.

I doubt it’s injection molding due to cost, and skeptical of thermoforming due to tolerance.

Cheers for the fast reply’s.

Sorry for the lack of detail images as well.

I agree that thermo-forming could be possible if it was a female mold (to get the crisp lines), and machining operations were done to create all the cutouts. Tolerance is an issue, but I’ve seen similar parts thermo-formed with details like this successfully.

It could also be RIM or cast like cg suggested.

My first instinct was that they were some type of thermoforming, not sure why the tolerances would be an issue for the housing.
Pressure forming in particular can achieve injection molded tolerances on the A-surface, and would be my guess as to how this thing was made.

They mention something about a patented streamlined shape so perhaps the large radiused form is a design element. I think CG is right when he says it could be RIM molding, but this company is in China. I doubt tooling cost is as much an issue as it would be in North America. Also, this product is used in a laboratory environment so it could require higher grade plastics that can’t be molded with RIM. Just an educated guess. We’ll never know for sure until we get our hands on some parts.

You might try contacting them and asking what the material is. This will at least narrow it down. Say something like your school lab has strict sterile & hygiene requirements. After that ask to see more pictures, especially the bottom (your lab is small and has a lack of space).

Just one other small question without going and making a new topic, is there any design firms that specialize in laboratory equipment?

Just one other small question without going and making a new topic, is there any design firms that specialize in laboratory equipment?

I don’t feel comfortable plugging any particular one… best bet is to check out Core’s directory and start looking at the different portfolio.

from someone who designs this sort of equipment:

The only large radius is the front top horizontal, other edges are faceted with quite small radii. This is probably just design style, maybe a user interface element, as the large radius will seriously impinge on spatial relationship interface of internal components.