Marc Newson, eat your heart out. 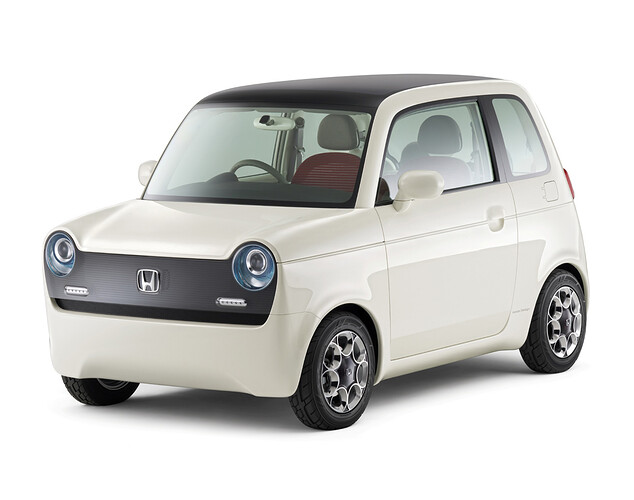 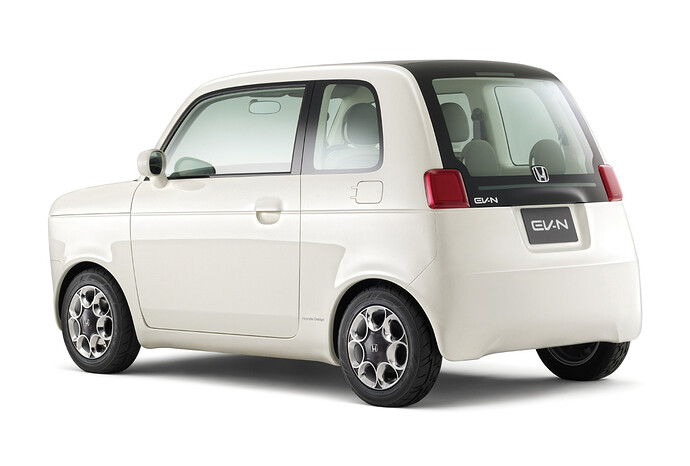 F*cking LOVE it! I would rock that with some OG 5 spoke Momo Wheels! Either blue with white rims, or Black with Black rims.

I thought the same thing when I saw this (comparison to the 021C). I also love it and the 021C is one of my fave concept cars of all time. Amazingly still looks fresh today even though was done so long ago.

LMO: Honda version: N600 I know where one of these is rotting away at a used car lot in Largo, FL. A real sin…wish I had bought it in high school when it was fairly clean. 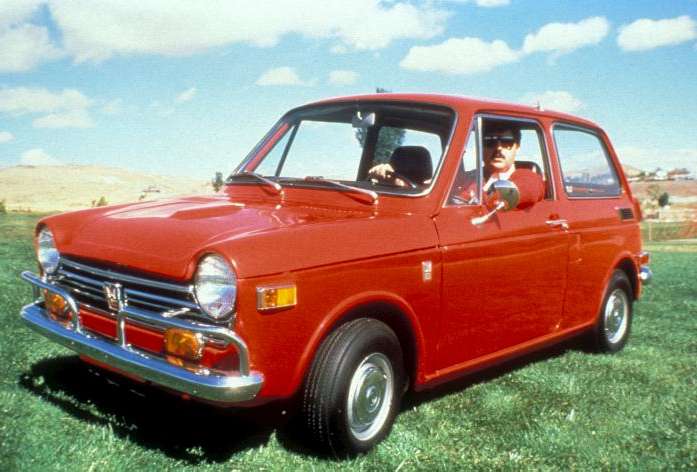 The headlight detail reminds me of the G-Wiz.

But, I LOVE this car. Tip o’ the hat, Honda design…

A buddy of mine has a somewhat modified N600, and ran it at Bonneville back in the 90’s; it held the 599cc class Land Speed Record for a couple of years. He still employs it to terrorize the kids on the streets around here. A total sleeper, rough paint, it looks like it lives in a barn. He’s also got a Z600, and has plans for some kind of mischief… .

Years ago, a sailing buddy of mine cut one of these in two, stripped off the non-essential sheet metal, seats, etc. and stowed the two pieces on his 65-foot schooner. He cut it so he could better place it to balance the boat, and used two 4x6 oak timbers for the “frame”; using his jib boom (as a crane) to off-load the chunks, and bolting the parts to the timbers. Instant “car” anywhere in the world … arrrrr

I’d buy the EV-N in a heartbeat too.

Those old z 600’s are nice… afew of those running around Portland Oregon.

NURB, The G-Wiz? Really? I think that is a pretty far stretch just because the part line of the hood rolls over the headlight forms.

914, that N600 is sweet. I’d seen pictures, but never saw one in person. They did a fantastic job of modernizing that. It almost just looks like a completely Frenched version… I love the restraint. It’s a cool ride. GREAT JOB HONDA.

NURB, The G-Wiz? Really? I think that is a pretty far stretch just because the part line of the hood rolls over the headlight forms.

It was just my first thought, I know it’s very different.

Yo: You get props for using the term “frenched”. The original was 90% a Mini copy, except for the drivetrain. They used a motorcycle engine and transmission in the Honda.

they used a motorcycle engine and transmission in the Honda.

Yo: You get props for using the term “frenched”. The original was 90% a Mini copy, except for the drivetrain. They used a motorcycle engine and transmission in the Honda.

It sounded funny, but now I starting to think that it might be a real term… so what does “frenched” mean?

really like that EV-N too, I hope they make it

Frenching is the act of recessing or moulding a headlight, taillight, antenna or number plate, into a car body to give a smoother look to the vehicle. The name originates from the end result looking like a French cuff of a shirt sleeve, which has a ridge at the end.