I went to this launch party for a new “Premium” dealership in my area:http://www.gpimports.com/

and it inspired this little Jaguar sketch. I wanted to make it very evolutionary.

The rendering is very lovely. The colors you used give it a nice deep look. The layout says luxury.
The design of the car…I don’t hate it. The badge is off center.

The ‘bonnet’ has echoes of the E-type. I’m seeing the kinship with some of the current Jag lineup, and some of their recent concepts, but they’re all starting to look like fish to me. The front ends at least.
I think Jaguar needs to start growing away from the ovoid & smooth shapes & start giving them some teeth. I mean, no offense but these new Jags look more like Tauruses (Taurii?) than I’m comfortable with.

Oh yeah, and the chrome bezel around the front end is very cool.

I hear you, I just think this brand is prime for evolutionary refinement, understated power, and sophisticated luxery (minimal bling)

A few jags I refrenced: 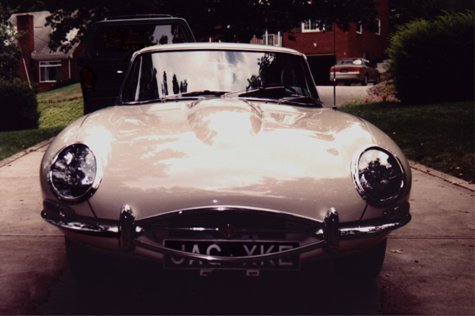 i see what you are saying though. Honestly I didn’t give it too much thought, this was more of an elaborate doodle done on Sunday morning for fun. Thanks for the compliments.

To get the richness on the color I benchmarked this photo for reference:

Damn, those are nice.
Not quite the Jaguars I’m seeing on the streets now.
Hey, seriously, that was no dig at your design. Its a completely valid idea. Take a look at their Advanced Lightweight Coupe concept that was at the detroit show. Its right in line with your sketch.
Its just that Jaguar, as a brand, isn’t what I think they could be. Maybe I’m just bitter because they still haven’t made this…

Hey, seriously, that was no dig at your design…

No offense taken. You have some great points. Just wanted to let you know what I was thinking.

I was pretty dissapointed they didn’t produce the xk180 concept too. That would have been perfect for a limited production run.

Part of the above sketch was in reaction to the ALC concept, which has a great design but the styling and surfacing looks stiff to me. It doesn’t have the sex appeal that a Jag should IMO.

My take: The grill isn’t bold, the air inlet in the airdam is just a slot. Headlamps are a bit generic. Breenhouse is tooclose to the Astin DB9. Chrome brake vents and air outlets look very un Jag. For fun, I essentially restyled that vehicle…I have an odd interprtation of fun, I know.

Close, but no cigar! 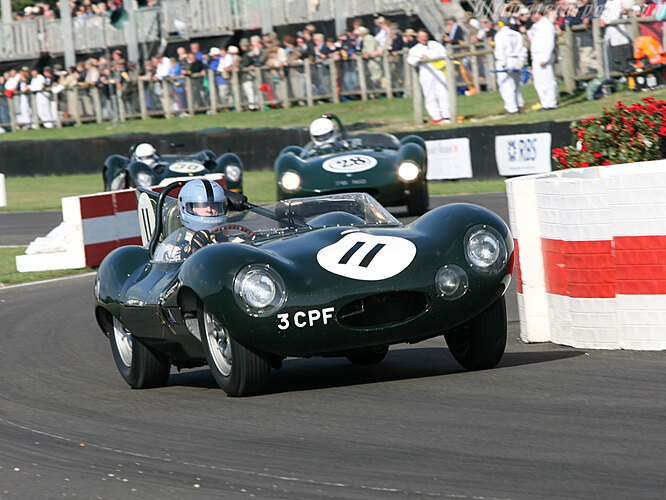 Why Jaguar isn’t clever enough to realize the potential for a remake of the classic “D” is beyond me. I’d do it right down to the assymetric driving light and windscreen, “do-undo” knock-offs, and a hard tonneau for the passenger side … let 'm wear googles!

Yeah! Thats a Jaguar!
Sorry for getting totally off the subject, but that Jag D is so Speed Racer. I have little kids & we have been watching the DVDs. I even bought a Mach 5 toy for an Xmas gift. I love those old race cars.

On photoshop I’m light years behind you guys…

How do you align ellipses over your sketch in Photoshop? It appears that PS will only generate on a perpendicular axis; and then you have to rotate them. … makes it tough to accurately size the ellipse on top of the sketch. Much simpler in AutoCAD to generate an ellipse in place.

As an old pen ‘n ink guy, I know my way around ellipse guides, and major and minor axis’, so not being able to sort this out is starting to p*ss me off.

Am I missing something (highly probable).

actually I do all my linework by hand. Prismacolor pencils, sharpie marker, and elipse guides (sometimes) on graphics 360 paper. I then use a combination of the magicwand tool and path tool to select areas.

In this case to mask the elipse of the wheels I made an elipse useing the elipse selection tool. then I used the “transfom selection” feature in the “select” pulldown menue.

Did that make any sense?

Make sense? Not yet, but it may by midnight.

I’m listening out of both eyes … “Step 9: Fender holes are now marked using the Elliptical Marquee Tool and the Polygonal Lasso Tool”

Thanks for the tips.

but you are right, there are many, many ways to skin the cat in photoshop. In the end, just like marker rendering, you end up taking bit and pieces and expanding on them to make your own communication style.

I also learned a lot from these two specific DVD’s:

Don’t ask me how a DVD on a digital paining of an alien wildbeast helped me render cars, but that particular video helped me a lot. I think it showed me how to loosen up with photoshop, where usually auto rendering demos are so tight (as in the heald belker one linked above, which also helped me)