Another One Bites The Dust - Starbucks edition

Why, oh, why? I know, it’s not their first logo redo, but it’s the worst, IMO. Hit the links below to see what others are saying. 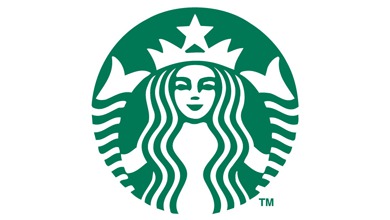 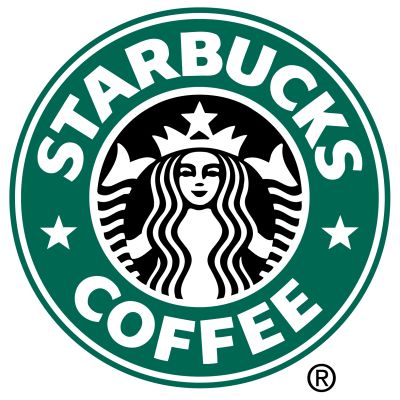 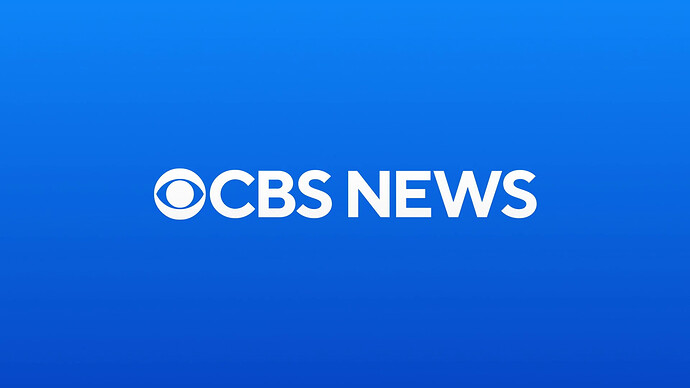 Get the latest financial news, headlines and analysis from CBS MoneyWatch.

I actually think it was a very good redesign and a wise choice to scrap the type in the logo.
They’re branching out to market things other than coffee so the name doesn’t fit anymore, plus Starbucks has become ubiquitous enough for the color and graphic (which hasn’t changed at all) to represent the brand alone. Not to mention they don’t look as “Walmart” anymore.

The only thing I don’t like about it is the arbitrary “TM” that I think can be dropped.

Here’s what Brand New has to say: Brand New: All right Mr. Schultz, I’m Ready for my Close-up

It also lends itself very well to foreign markets. No copy to translate, only the icon.

I like it… cut away what you don’t need. Everyone recognizes it as starbucks.

An aside (but in the same vein): It’s time that large companies (ge, dell etc.) scrap the “.com” from their business cards. It goes without saying.

If only they put as much thought into their coffee…

I like. It’s funny, but I first saw the new mark and was very impressed. I noticed the circle inside the circle, more of the details, etc. It’s only now after checking out the BN post that I realized that it’s (almost) the same mark. It was just overpowered by the type.

To me it’s a perfect case of good design being as little design as possible. It removed elements and yet seems stronger and more well defined. Glad to see they didn’t pull a Gap or any other number of crazy overhauls on this and saw where the strengths lie (shape, color, graphics) and played to them.

The comparison to the strength of the purely visual Apple or Nike logo I think is apt. It may not have the recognition yet, but in fact the brand I think has an even stronger attachment to just the color. You see a shop on a corner that is green, I’d bet you know it’s a Starbucks. The logo and wordmark just confirm it.

It may not have the recognition yet, but in fact the brand I think has an even stronger attachment to just the color. You see a shop on a corner that is green, I’d bet you know it’s a Starbucks. The logo and wordmark just confirm it.

Hmm, I’m surprised the reaction is so positive. Brand loyalty, I guess. To me it seems unfinished, the type to me wasn’t overpowering but inviting. I know they’re trying to branch out in other markets for whatever reason, but the examples from the BNET article I linked to explains why it’s usually a bad idea. In my opinion, it’s better to begin a new brand, rather than to re-brand. Starbucks is globally known for their coffee, and the atmosphere of their coffee shops. They should stick with that. The re-branding of their logo to me says nothing about who they are or who they want to be. So go ahead and drop the coffee if they want, but keep the Starbucks. Apple and Under Armour are good examples of companies without the wordmark, but Nike still uses one, as does Converse, Reebok, Adidas, and it gives those brands some personality.

Now, I know, every argument above has a counter argument in support of the change. Starbucks is globally known, so why continue to include the logotype? The image still says Starbucks, and the green combines two of the most important and easily recognized features. The implied border is the equivalent of the overuse of the tired and boring lowercase sans serif fonts. But of course the last one has all caps sans serif…

I guess it’s just me, but the new logo lacks personality. It seems to say “black coffee is so yesterday. We only sell tea and Nora Jones albums.” A smaller border would have sufficed with a smaller font. The new one is over Apple-ized. Like I’d go into one of their new shops where everything is white with radius-ed edges and order tea from Eve, the robot from Wall-E. I guess I’m a traditionalist. Maybe not the best trait for a designer.

Meh, I was hoping they’d give her a shoulder length haircut…

Hmm, I’m surprised the reaction is so positive. Brand loyalty, I guess.

Not from me. I loathe Starbucks. I despise what they’ve done to the coffee industry. I do, however, respect the brand they’ve developed and this really feels like the next logical step. As RK said, you see a green shop on the corner you probably think Starbucks. Who’s to say they can’t go to a single, wordless icon? And I’m going to disagree with your assessment on creating a new brand instead of re-vamping an old one. I’m sure Starbucks learned first hand from Seattle’s Best coffee…

Hmm, I’m surprised the reaction is so positive. Brand loyalty, I guess.

Not from me. I loathe Starbucks.

Sorry, I should’ve put in a smiley or something. I was being facetious. I know people here are critical thinkers and honest in their opinions.

Apparently Seattle’s Best is owned by Starbucks. Maybe this is an attempt to make Starbucks logo look that much better. Or to at least soften the reaction to another logo change. Not long ago, Starbucks had another controversy when they went retro with the mermaid, changing it to the original topless mermaid actually showing some nipple.

Here’s an interesting take on this issue: 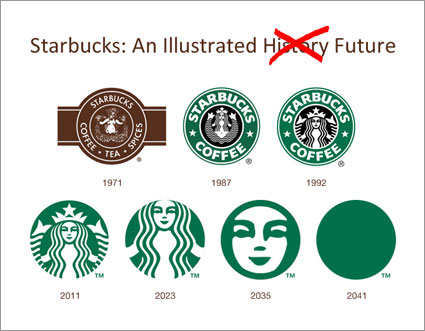 No sweat. I know plenty of people who live and die by Starbucks Lattes…

I might be alone, but have respect for Starbucks. In my mind, they brought the coffee café genre to America nearly singlehandedly by good branding. I know that other coffeeshops were doing nearly the same thing, but I’d point to them as the ons who popularized the coffee cafe ‘3rd place’ phenomena in US culture. What gets me about the small mom & pop coffeeshop that are upset to loose business to Starbucks, is that it seems to me, they would never have thought to start a small coffeeshop if Starbucks hadn’t brought it to the mainstream.

I’m sure people will disagree, and I fully admit Starbucks can be very annoying with their coffee slang words, and maybe they are doing evil anyway…

Anyway, about the logo - I think it’s a great evolution and totally recognizable from near and far.

Here’s an interesting take on this issue:

Probably what’s next will be for it to go to ‘3D’… that seems to be one of the branding trends that eventually happens to many logos during refreshes. recent example, the native Mexican chief guy on the Bohemia beer packaging

Starbucks was one of many west coast coffee shops and importers at the time. The only difference was that they searched out and received the capital to expand.

I don’t like the colour change… or maybe that’s just my monitor haha
On the FUTURE design you forgot the word TENSO!

Hate to burst your bubble Nurb…But Seattle’s Best is owned by Starbucks.

Hate to burst your bubble Nurb…But Seattle’s Best is owned by Starbucks.

I know. That’s why they probably learned their lesson… 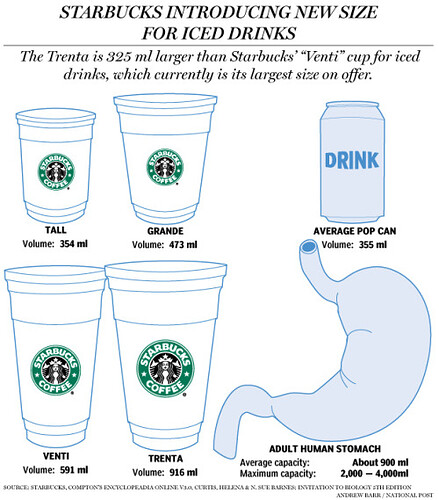 From: I Love Charts

weird they didn’t use the new logo…

Their logo has never really been great. Not hating, not at all, that logo is a part of the charm of it. I’m not a regular customer, but personally I like what they are trying to do, which is bring a little bit of class and civility to America… kind of like the Gap. The fact that I can go in and get a green tea and an apple and brie plate and sit in puffy chair and munch while there is some Jazz on instead of a eating big mac on a hard plastic chair under bright lights is pretty cool.

I know its not popular to stick up for the big guy. When given the choice, I’m always at a small independent, or at least a local chain (Blue Bottle, you know it). But those kinds of places are not available to everyone everywhere.

I actually like the original logo the very best. They still used it in the Seattle location for a long time. I think the VIA product has some nice branding though. 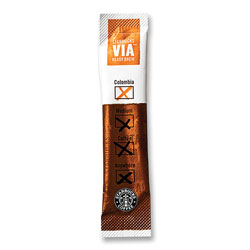 I think the VIA product has some nice branding though.