Another look at plagarism

I feel like there has been more and more discussion over design plagiarism versus inspiration in the last 1-2 years, at least here on the Core boards. Here is an interesting article about artist Damien Hirst and accusations of plagiarism.

Most disappointing is that the original artists can’t even support their art through sales, while Mr. Hirst has become a multi-millionaire.

The Art Damien Hirst Stole, No Love Lost, at the Wallace Collection

on a similar ID-side of it

The year 2008 marks the 10th Anniversary of the iMac, the computer that changed everything at Apple, hailing a new design era spearheaded by design genius Jonathan Ive. What most people don't know is that there's another man whose products are at the...

Don’t these ideas of stealing imply that they were original ideas in the first place? If that is the litmus test, then no one can do anything with dots due to Seurat and then moreover to Lichtenstein.

Apple didn’t steal anything from Braun, period, that stuff is great timeless design, but it has happened and is only similar to apples work in that it is minimalist and made of aluminum. Apple is clearly taking cues from earlier minimalist product design. More of us should be looking into what has come before and taking the things that have worked and reincorporating them into new better work.

Here’s another thought, I’ve found that some of the people and companies most worried about people stealing intellectual property are the ones that know deep inside that they stumbled on something and also that they don’t know how to reproduce the results.

I would worry more about what you are going to do next than what others are doing to rip you off. 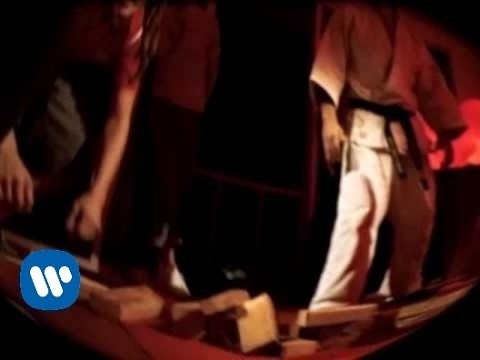 Re: nicanor & Another look at plagarism

I don’t think the gizmodo article really holds any insight. Its just a bunch of correlation and last minute deadline scrambling to me. There stuff always strikes me as soundbite sized blogging to me.

Besides, there’s too much difference in the functionality between the products - thats a radio opposite that G5 Mac.

That’s kind of the point of why I posted the link. To me Apple walks/walked very close to the line of copying and influenced by Braun. It’s OK for some Apple products to look very similar to modernized aesthetics of classic Braun designs, but not OK for Hirst’s works to look similar to past works? One is complete plagiarism while the other is completely acceptable? One has function and functions differently so its cool, the other is art with no function so is down right unacceptable?

Like the shark piece; taxidermy has been around for ages, Hirst’s shark goes beyond it IMO so comparing the two is apples and oranges. There’s more controversy on his original shark piece, lasted a year or so before decaying; vs the current more well known piece; better taxidermy techniques so lasts forever (can art be recreated); vs comparing a regular trophy shark plaque to Hirst’s shark in a tank piece. Same with his cow piece, comparing it to a science plastic model is apples and oranges. They might as well question the entire art world with the endless unanswerable question: “what is art”.

Which goes back to Apple vs Braun, is it original design even though it looks very identical to classic designs with a different function? If a Chinese lighting company makes a lamp design that has similar design aesthetics as an iMac, it functions completely different, done well, but highly inspired by Apple designs; would people think that’s cool or plagiarism? Or do we treat Apple differently?