So I was just confronted again with the Bentley Mulsanne. It’s a nice car on the whole, but what about those headlight?! Yes, I respect the fact that they are the modern interpretation of an earlier succesful model. Re-interpretations have been a popular trend for a while now but they can come out both ways. On this car, the chosen decision just looks odd. How could they have come to this decision? 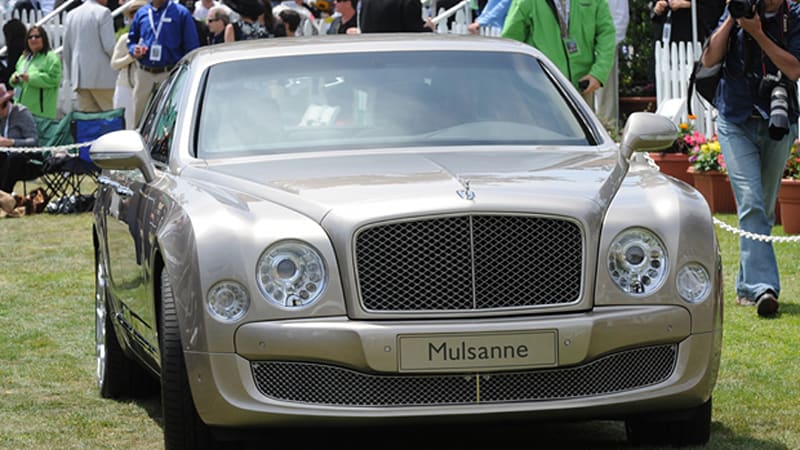 2010 Bentley Mulsanne -- Click above for a high-res image gallery

This, by the way, touches on a point of interest of mine. With conventional lamps being replaced more and more by LED lights, we’re seeing a big shift in the expressions of cars. Those tiny little LEDs just don’t make very nice eyes. But lots of brands fill up the headlights with chrome just so they can get the surface area they need. That doesn’t make a whole lot of sense to me, so I’m very curious what the car manufacturers are going to come up with. And I have to say, the Bugatti Galibier is one of the best solutions yet. 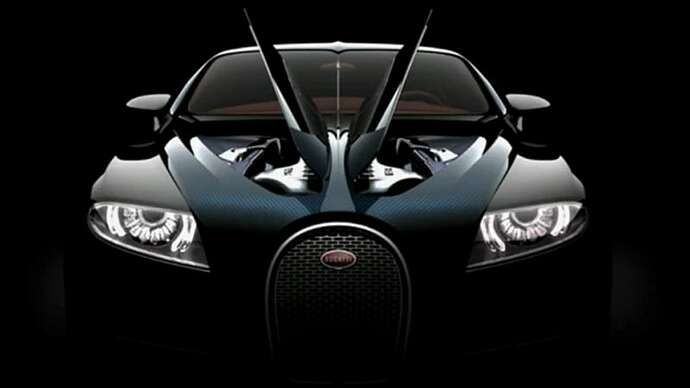 Click above to watch the video after the jump

The first thing I notice is how cramped that small headlamp looks. They placed it very awkwardly on the bevel that runs over the wheel arch and down the side of the car, with no breathing room. That plane itself is kind of awkward too, they created a surface that kind of exists between two places i.e. the side of the car and the hood/bumper. It looks neat in a rear view and gives the front wheel arch a pronounced look, but from the front is just abnormal looking.

I think it could work if the secondary lights were smaller and on the same level vertically as the large ones, maybe.

You are right though, there is something very disconcerting about those headlights.

Another rap star video car! Something is very strange about the headlights. I’d like to know what the red bulb in the middle of the main headlamp is. It looks like the turn indicator is in the center instead of on the corner of the car. Very odd…

I do, however, love the gratuitous use of fractions: 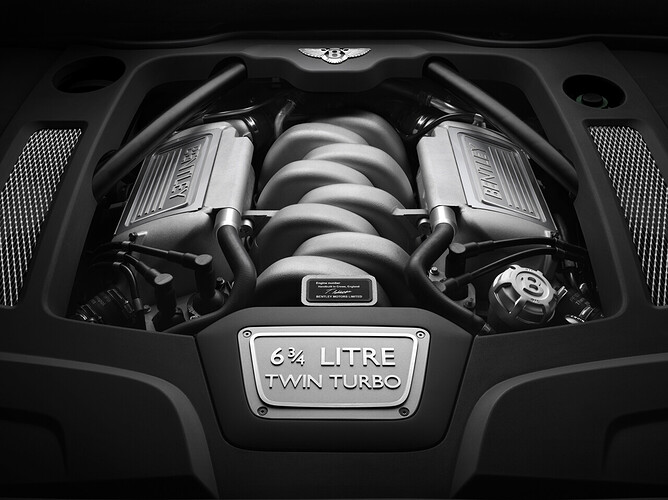 I actually really like the Bentley a great deal. It feels British to me. I also like the Modern LED lamps on the decidedly classic lines. There is also a modern touch to the way the creases run around the lower grill. If the decisions were mine to make, I might look more closely at the strike plate to the bumper that holds the license plate. Also, I think the secondary lights could have just been smaller and simpler. Overall though, this is a pretty rad car. Gloss Black, Tinted Windows, Black Rims, Black Chrome seems like the way to go… and those fractions! so British. Love it.

The Bugatti is a very different manifestation of the same uber lux saloon idea. Just like the Veryon, it mixes more modern with the retro. Larger, simpler overl forms. Big gracefull curves. Not a lot of kinks in the curves. It looks like it was drawn with ships curves. I like it a lot as well. As pointed out, the headlights are supper nice.

I think an interesting note is that both companies are owned by VW? Great job with product differentiation.

I don’t like the fractions that Bentley uses because they use it with metric. When will those French learn to keep their socialist measurements to themselves! It should read: 1 1/2 imp. gallons

I love the rear of the Bugatti. That center tail light is sick. The front looks forced to me. Perhaps it is only because the two tone polished alu is fecking with the reflections. I don’t like the front.

The Bentley, I understand where you are coming from with those cramped lights. It does look a little haphazard, but somehow it all works when you step back. At least it does for me.

A minor point: that is a lot of diagonal wire work of different size on the face of the Mulsanne. All marques use it because there is not much else available suited to the purpose. I just find it distracting. Unfortunately the angle of that photo does not do much to flatter the Mulsanne’s deceivingly quiet form. At 505hp, with an astonishing 752 ft/pounds of torque at 1,800 rpm the Mulsanne will be a quiet sleeper. By comparison, the new supercharged US version of the Jaguar XF makes 470hp, and 424 ft./pounds, but at 4,100rpm.

I might look more closely at the strike plate to the bumper that holds the license plate.

I agree. The surface is intended to be a continuation of the hood/grill (although not in the same plane) but it gets lost with the license plate on it. Removing the license plate would help, but it is probably as low as legally allowable … too bad.

Polished aluminum body panels on the Bugatti + road salt, sand, gravel, and other road debris … we’ll see. The two-piece engine cover, with your mechanic leaning against the car, isn’t going to help the situation. The polished tank on my BSA Thunderbolt looked great too, but it didn’t last long. As long as one has a chauffeur to maintain the vehicle between outings all should go well.

Barely noticeable in the video, I find the CHMSL (third brake light) incorporated into the subtle Atlantique-esque dorsal ridge clever. 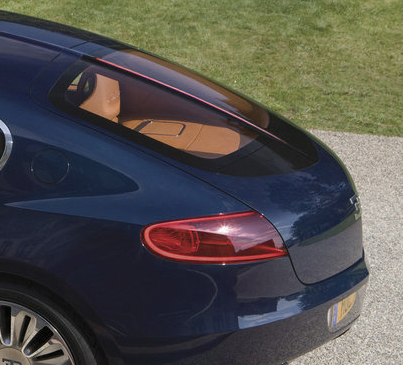 I don’t often use “money” as an adjective, but that 3rd break light is money.