Now the M M10000 Mini-ITX mobo is great. Thats what im going to use. But he uses only 256 ram when 1gb or 2gb is the same size… Anyway, He uses a Geforce 2 video card. That sucks. Theres up to GeForce 7 or somthing like that. He uses a 2 because of the small size. I want to put a more recent video card in there but I need to maintain the small size of the card. Does anyone know what i should use??? 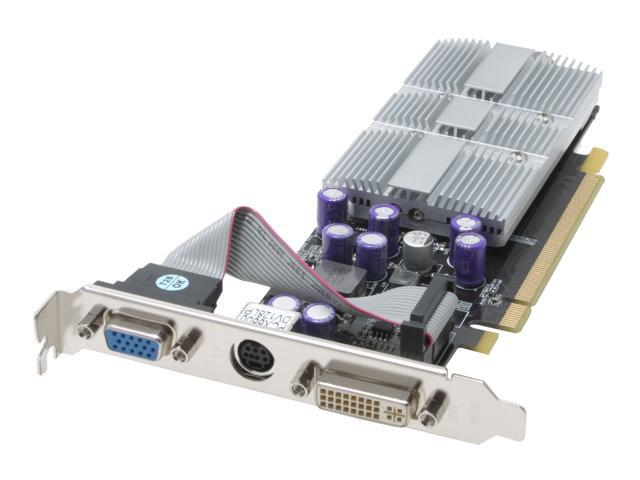 Thats probably the fastest low profile card you can find right now. Just visit Newegg and search for Low profile in the video section and it will give you your choice.

Keep in mind you said that motherboard is “great”. Judging by the fact that it appears to have a PCI (not AGP or PCI-Express) video card, and how old that system appears to be, that motherboard probably no longer exists and if it does is completely out dated.

There are hundreds of MiniITX motherboards that are up to date and cheap. Don’t try to buy yesterdays technology on its coolness appeal alone.

How about this beast for a mobo?

Its got a Pentium M witch in pretty powerful. I have one in my laptop. Heres the components im thing of using so far.

So all I need is A vidio card right?

Well that ones certainly more up to date.

The Pentium M’s are pretty good if you’re just doing basic work on the pc.

If you’re looking to build a machine to do any kind of high end work, I’d suggest looking at the Athlon 64 processors, particularly the new dual core X2’s. The lowest X2 costs about the same as the high end Pentium M CPU but is leaps and bounds faster. I upgraded recently from an Athlon 64 3000+ to a dual core 4200+, and rendering a scene in Maya that previously took 9.5 hrs now takes 4.

But again, thats for higher end work. If you’re just looking for a fun computer in a small box the Pentium M’s are more then adequate.

But without a MINI-ITX system do you think i will be able to fit all thoes things in the ammo box? If not it defeats the puropse. All i want the pc to do is be a light gaming PC able to run Counter Strike Sorce at about a 40 - 60 FPS

Can you say LAN party?

But without a MINI-ITX system do you think i will be able to fit all thoes things in the ammo box? If not it defeats the puropse. All i want the pc to do is be a light gaming PC able to run Counter Strike Sorce at about a 40 - 60 FPS

Can you say LAN party?

You can build a Micro ATX system with a socket 939 CPU for the AMD 64’s. They make MicroATX boards for every chip imaginable.

Of course most Lan Party geeks like having strong hardware. But CS:Source isn’t that demanding (Aside from the new HDRI map which will kill a system at high res without a fast vid card)

Yea my laptop runs it fine… Pentium M and a Radion 9000. What games do you think it wouldnt be able to run?

Yea my laptop runs it fine… Pentium M and a Radion 9000. What games do you think it wouldnt be able to run?

It also depends entirely on the graphics card you chose, but if you pick a low profile card you’re most likely going with the lowest end model of a segment.

With a low profile Geforce 6600 you’d be able to play Counterstrike with reasonable detail. You could play some newer games but you’re going to have to make sacrifices to both the detail and resolution in a very serious way. Again that all depends on what you want to play. A serious gamer for any kind of first person shooter will generally tell you a high framerate and high resolution will definately make an impact on how you play (as well as how good it all looks).

In a game like Battlefield 2 the difference between running at 1600x1200 vs 800X600 essentially means that guys far away that are shooting at you go from dots to invisibile. So in a case like that, it would have a pretty big effect.

Don’t forget that they make tons of small form factor PC’s, some with handles specifically designed for lan party usage. They’re usually a pain to build because of space constraints, but will still house a full size graphics card, CPU, and hard drives just fine.

Cool computers are fun to build as projects/toys, not necessarily for practicality. (Also take into account how things are mounted if you plan on transporting it frequently).