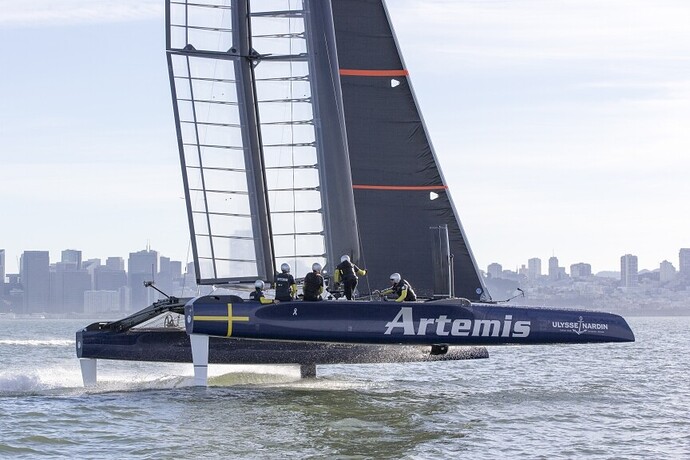 Very cool, those boats are amazing. I went to watch last year when it was in Chicago on lake michigan and it’s strange to see sail boats move that quickly.

Wow, the depth of R+D in these is incredible! Cheers for posting, I love these kinds of videos.

Yes, the sailing world has been turned upside down since foiling has become the new standard.

The university here in Gothenburg actually made a optimist foil. The Foiling Optimist - YouTube

America’s Cup has always been about both.

The UCI certainly has its short comings, but they do have quite strict rules governing the equipment used. And while I prefer not to open the doping can of worms, Lance was 100% correct when he said it is not about the bike.

Unfortunately now it is about who has the best ped program.

Yes, I said I wouldn’t open that can.

I think the dynamic that the foils have created is interesting right now, with teams still learning how to best take advantage of these boats. The goal posts for skill development keep moving, and just there is an arms race with technology there’s an arms race with technique (for example, being able to tack without dropping back down to the water). That and the technology is just cool to see in action.

That being said, in the past when one boat in the America’s Cup is clearly designed better it does make for a less exciting competition.

Do these boats have engineering restrictions on what can and can’t be done, like they do in motorsport?

Until recently, multiple hulls were banned. I’m sure there is a thick rule book.

I’m pretty sure the winner dictates the rules for the coming contenders, as far as the class restrictions at least.

which is why the 33rd AC looked like this. Oracle had Alinghi for breakfast with their trimaran.