Some interesting new numbers coming out about the success of hatches in the US. The Fiesta, Yaris and Accent all post more hatch sales than sedan. 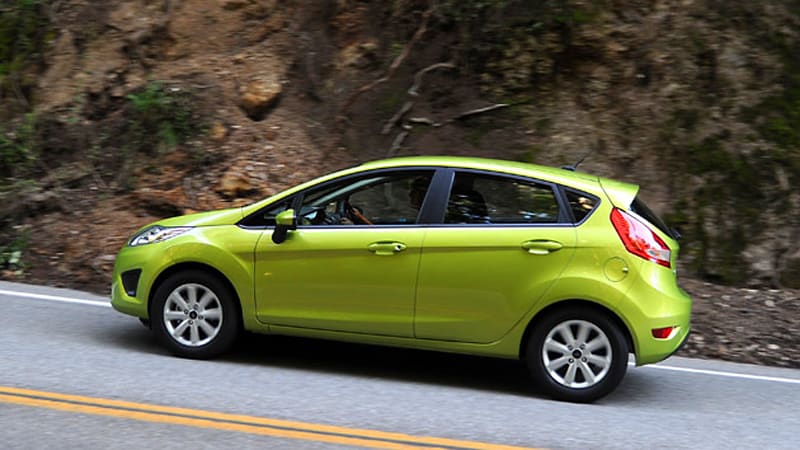 My '84 Chevette shitbox turned me off to the color red for the rest of my life (any Ferrari I may own in the future will likely be yellow) but it did have the hatchback. That is why I bought a '90 Civic SI hatch and now I have a ‘10 Mazda3 hatch. I love them, sporty yet extremely practical especially when I am hauling 12’ pieces of clear 5/4 cherry from the local mill.

I’m glad they are finally catching on here. I think vehicles like the Mazda 3 really helped, because the transisitioned from being about economy to being more about lifestyle.

I wonder I the Prius indirectly helped as well as it is somewhat of a hatchback.

I admit not knowing too much about the US car market, but in all fairness lets agree that most of the “sedans” mentioned in this article are pretty much just hatchbacks with an extra hump at the back. They might be on sale in Europe as well, but I myself have never actually seen a Toyota Yaris sedan on the road.

Given the option: buy this rather cool looking hatch, or its overpriced (and fat) sister that doesn’t really offer that much extra space inside… it should be a no brainer really.

Yo!: Interestingly, the 3 is one of the cars mentioned as being mostly sedans. 70/30 if I remember correctly. Although, as they point out, you can’t get the base engine in the hatch, so it costs $5000 more than the cheapest sedan.

Also, I’m sure that the Insight and Prius have had an effect. It introduced a lot of people to hatch ownership again.

Jada: Any company building a car for the rest of the world is going to start with a hatch, then design a version for the US market. Most of these world cars are small cars which are a more a niche market in the US, so the sedan versions are usually less well-thought-out.

Also, note that hatches have a higher margin, that’s a big part of the reason the auto makes are trying to market them again here.

I the early 80’s I had a Datsun 510 hatchback. it was great for constantly moving to new apartments in college.

Recently I bought a 2006 Prius. The hatchback was the crowning touch to the purchase. The hatchback is great for the DIY’er but it is also helpful for large objects like the cooler full of drinks that I take to the boat almost every weekend. Having a flat floor that does not require you lift something out of the back of the car is very helpful.

I think a lot of those cars are actually designed as hatches and when they release them as sedans, they end up ugly with big boot overhangs tacked on. That could be a big factor in sales.

I think its great that Americans are showing in interest in small hatchback cars, Im not from America (i want to go, watch Lebron), correct me if i am wrong.though i assumed that Americans drove large cars to accomaodate the country is, as well as space and comfort.

Though now days these small cars seem to be designed to that exact criteria, the have more within the cabin, they can travel large distances on such small amounts of petrol (finally becoming a little green!) and lately the aesthetics of small cars have been really good.