Am I so old that I like a Buick?

Everyone should know by now that I really like Opels. I’ve been so depressed since Saturn died, because I thought I would never see the great new Opel Insignia. Well, the General surprised me again by bringing it over as a Buick. 2010 Buick Regal…my grandpa would be so proud. 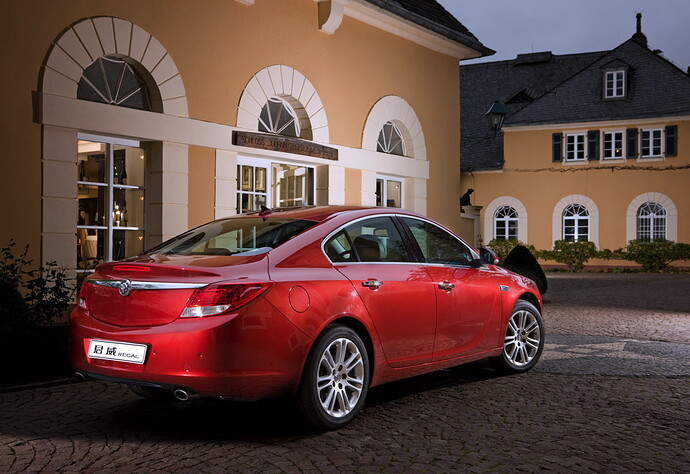 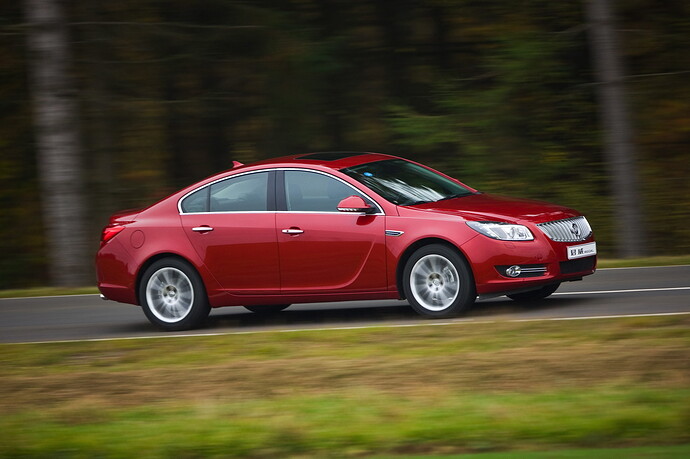 It’s not bad - but they did screw up the front bumper IMO. Changed those bottoms grilles quite a bit, added what appears to be a completely crooked stick on vent to the front fender (it looks like the glue didn’t stick and it tilted forward) instead of the clean side markers, and they removed the more prominent and elegant grille the Insignia had.

Not bad…but some stuff was definately lost in translation and that makes me sad.

That red doesn’t do it for me either.

Funny. My grandpa was always a LeSabre guy, his last car was the Lucerne though. This Regal looks like they stole the grill off of the Lincoln MKS. Even though, I guess, most new Buicks are going that way. 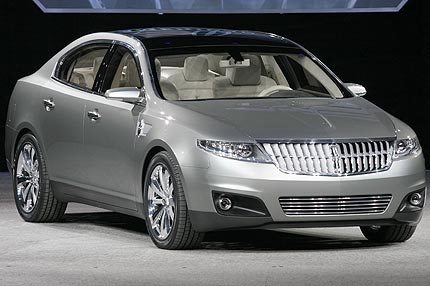 Buick has kind of been on a nice winning streak, design-wise. Not sure if it will save GM, but might as well try to go out in a blaze of glory. Why not strike while the iron’s hot - bring back the GNX.

Overall I think this is a pretty competitive looking sedan. There are some details that I have a hard time with but no less than on a Camry, Sonata, or other mid sizer. The overall package is pretty nice though, a sniff of Infinity G35. If Buick could go after Infinity and Acura, and Cadillac cold go after BMW and Audi, they got something. That would leave Honda, Toyota, and Hyundai to Chevy. Hyundai is so big now that they are a real threat even to Toyota, and some of their new stuff is really getting pretty nice.

Question: what American company has the best shot?

On the Ford side I think the new Taurus is going to be a winner, a real Accord fighter. The SHO is going to be dynamite. I’m pulling for Lincoln, some real promise with their concepts.

On the GM side the Chevy’s seem to be getting pretty tight, I bet the next Malibu is going to be killer (the current one is from “old GM” and that car is pretty damn good looking), and lets face it Cadillac is making some pretty hot stuff. That new CTS wagon? I don’t know if it will sell, but I love it! The CTS is just awesome, and the V Spec drives like a rocket.

I know I didn’t put in Chrysler/Dodge/Jeep, but they almost seem to go into another category. The 300 to me doesn’t seem to have a real competitor. It’s really it’s own thing. The last true bad ass American Full Size sedan. What else is there, Ford Crown Vic?

Looks like the North American version is going to simplify some of those details, chrome side vents are gone as well as the lower, fog lamps are squared up and chrome surrounds are gone, grill is bigger. Nice improvements!

Am I so old that I like a Buick? transportation

Everyone should know by now that I really like Opels. I’ve been so depressed since Saturn died, because I thought I would never see the great new Opel Insignia. Well, the General surprised me again by bringing it over as a Buick. 2010 Buick Regal…my grandpa would be so proud. [image] [image] 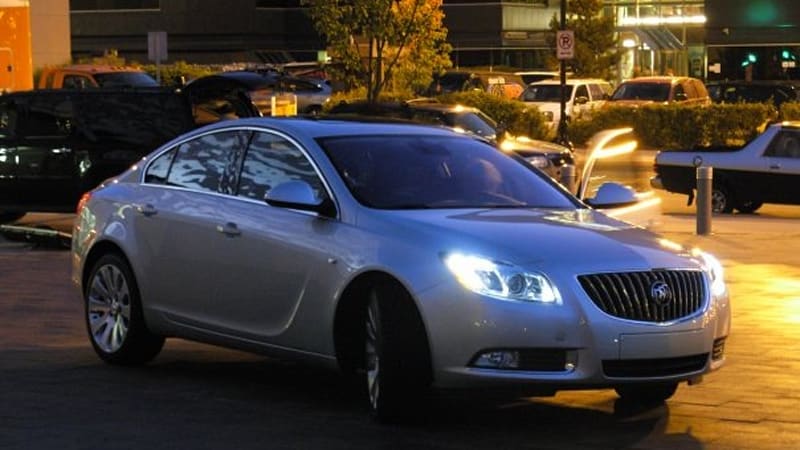 Just the other day, General Motors announced that Buick's next injection of fresh product will revive the Regal nameplate that's been absent in the Unite

I love that a driver sagged a spy shot and posted it to Buick’s Facebook page… and that it is impossible to tell if it is genuine o a marketing tactic. The internet is the best! 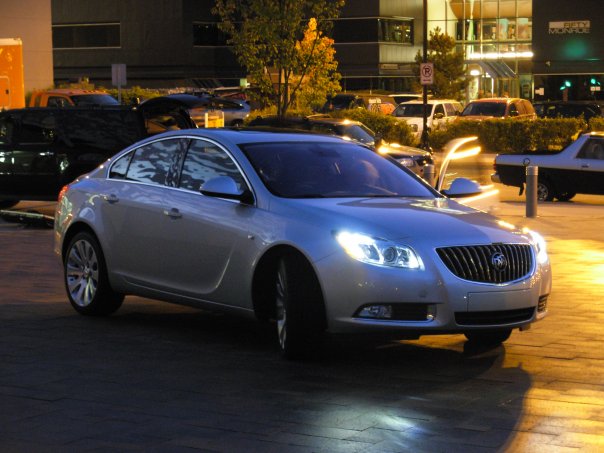 Yo beat me to it…

If that truly is the US spec car then I am happy - because that maintains all the details of the Insignia that I just bitched about.

Only question would be “does it drive like a Buick”. But at least it’s something nice for our senior citizens and Tiger Woods to start driving.

Throw that body on a CTS-V chassis then we’ll talk.

Lets just see if we get this one: 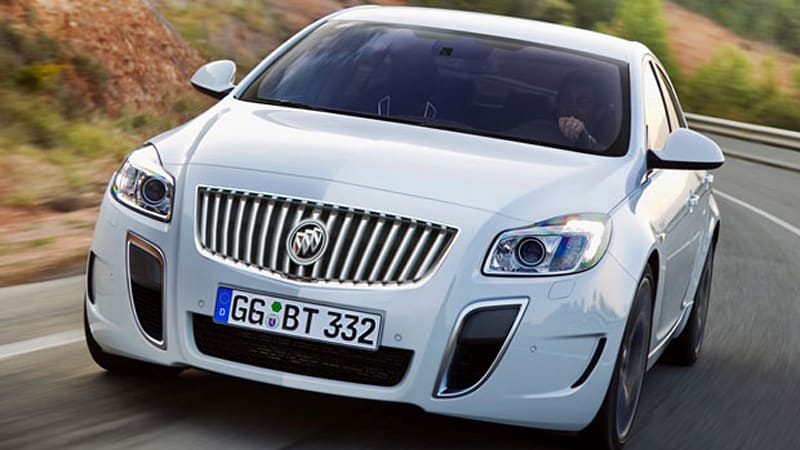 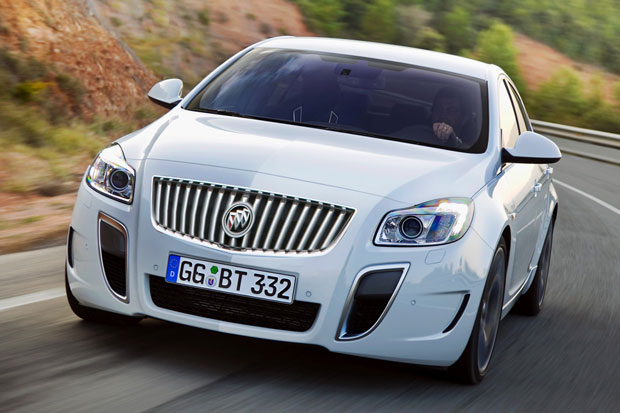 Question: what American company has the best shot?

I’m really excited to see how this all plays out. Recently I’ve been feeling like Ford is the front runner, simply because they aren’t associated to any bailouts. But, GM has upped their game in some departments. Caddy for sure, these new Buicks are looking better and better (even if they’re Opel pseudo-clones), and Chevy could actually do something cool with the Malibu.

I think Dodge/Chrysler will be left in the dust, personally. The 300 is cool, but it can’t carry them forever.

Lets just see if we get this one:
Rumormill: High-performance Buick Regal GS may be coming | Autoblog

Oh yeah! Swap the Opel badge, for the Buick and call it a day. Perfect.

I think the fact that this thread got ten fairly positive to raving replies indicates something good about this new Regal.

I read a review of the Chinese Regal on Car & Driver’s site. Apparently, the Chinese get a cushy American ride. C&D hopes we get the Euro spec suspension. We’ll see what the new GM is made of as soon as journos get a hold of one.

Also, I hope this isn’t a flash in the pan. It’s hard to tell if this is just GM trying to recoup on tooling for the 2010 Saturn Aura, or really a new direction for Buick…

This is the GM we’ve all grown to hate.

, or really a new direction for Buick…

This is the GM we all hope to see

I think the fact that you’re swapping models across continents and classes says a lot about you’re branding woes. It is a nice looking car, though.

I don’t get the sentimental feelings for Saturn, either. At first, they were unique, but ugly. Then they became generic, but decent.

I still have hope for GM though. I agree that Ford’s the front-runner. Their commercials are getting more confident now, too, instead of saying ‘hey, this car did better than a Japanese model in this one specific area.’