I’ve been an Alias user since '89, and currently teach the software as part of a product design course at university level in Europe. Recently, we have had various exchange students that requested Alias to be supplemented by Rhino. Now, I’d argue why to do that, but - for certain shapes (the current trend to straight-sided, round-edged volumes) - they want an “easier to learn” solution. What I’d like to know is who thinks supplementing Alias with Rhino is a good idea. I think it isn’t, but I might be wrong here. In terms of educational requirements, Alias takes longer to learn than Rhino (you get very good looking results very quickly), but total freedom of shapes and control over them is what good designers need and want (hopefully). I’m looking forward to some arguments for and against these two software packages. I’m quite intrigued by the ImageStudio 3 possibilities (HDRI, MentalRay renderer, etc.) for interior context and furniture renderings (which we use in our design studio). Important in comparison is as always: white background/baseplate reflecting light back onto lit object (see attached image).

Thanks for your input. 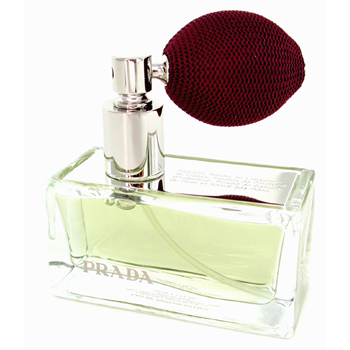 you haven’t told us what your school wants your grads to be: tool users or thinkers. i know this is harsh, but those two labels represent the extremes of the spectrum. cranbrook used to produce thinkers who thought great thoughts, producing monumental solutions to monumental problems. gnomon, full sail, others have been accused of producing tool users with no design sensibilities.

once your school decides how far it should go to follow industry trends, then you can decide which tools you should teach. many id’ers are using solids, why not include sworks or pro-e in the curriculum? do you want to poll your recent grads to find out what’s used in their offices?

or am i thinking about this too hard? okay, i’ll bite: teach alias since it is a more robust and flexible modeler and has an integrated renderer and animator. teach rhino since it is less finicky about hardware and many shops take a designer’s 3d model and build it again in pro-e or solidworks anyway. or we can split it thusly: teach alias to the auto folks, teach rhino to the product people. or just install both and let students decide after a semester of familiarization with both.

sorry, not helping here… can you describe your ideal graduate?

Oh please, Alias is NOT more robust and flexible and does NOT produce better geometry less likley to have to be rebuilt in something else–in fact it’s more likley for machine shops to use Rhino to repair and rebuild shoddy geometry output by other software–that sounds like a sales pitch from 1998.

oh jeez, you want me to take it back? okay, sure: alias is NOT more robust and NOT more flexible than rhino. they both suck in the wrong hands. and in the right hands (or left hands, if you have two of those instead) either software can produce class A surface for tooling.

you’re right, it does sound like a sales pitch from 1998. sorry for the blatant lifting of verbiage from alias sales literature.

so jim, what are your thoughts on the initial questions posed by feynman?

I just want to ask Jim if there are any big promotions coming for Rhino. Any sales on the horizon?

I check the Rhino forum a lot and I don’t think they’ve ever had a sale. Sometimes a re-seller will have a discount but you have to really look around for that. I know they are working pretty hard on Rhino v4. Flamingo v2 and Penguin v2, so I would expect one of those relatively soon. Beisides, the academic price is really quite low for NURBs 3D.

I currently use both and have been for about 5 years now. I learned 3D using Alias and used Rhino at home because it was more affordable. They both have their good and bad points. Here are some of the ones I can think of:

Rhino is much more affordable and easier to learn. There are many great tools that let you correct surfaces and some good tools that let you manipulate surfaces.
The 2D aspect is much better than Alias and has nice import and export options. Export to Adobe Illustrator is great.
The Flamingo render is good and I generally use it for basic renderings.
The Rhino guys are great on letting you know what and when on the improvements they are making to the program. They are actively supporting and upgrading the software.

I generally build my surfaces in Alias because I have a little better control and the marking menus make it fast. The engineers in china use ProE and Alias can directly open the assembly files. Then I can use the SBD window to separate and modify the groupings to create a file I can work with easily.
The history lets me quickly modify a concept and takes the guesswork out of using surfaces to cut other surfaces to create a solid with controlled edges. Alias has a great improvement in ver.13 â€“ You can shade with materials and reflections. This lets you do a screen grab that looks like a rendering.

In my opinion, students should learn Alias and then supplement their toolbox with Rhino. Basically, if you are looking to be employed, Alias users can easily learn Rhino but not the other way around. Teach Alias and let them learn Rhino on their own time.

that’s what we decided to do. Keep on Alias and let the students chose their own tool privately if they must.

Let your students download the new video clips from Rhino 4.0. I do know they would love it. Go to www.rhino3d.tv and each month, we post few small tutorials about Rhino and also few clips about Rhino Plug-Ins. Taking about Plug-Ins, have you seen how many plug-ins Rhno have? I think each motnh there are 2 or 3 new ones…