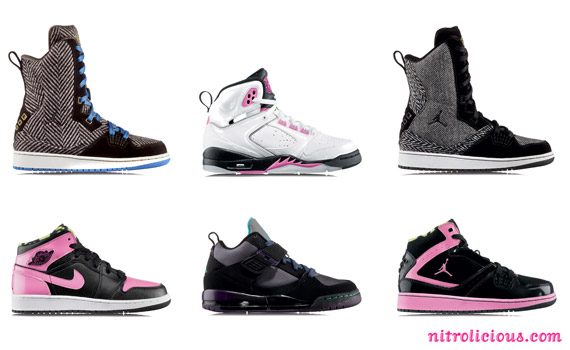 Yesterday, we gave you a preview of the Air Jordan Holiday ’09 Boys releases, but as we all know, Jordans aren’t just for the boys. Jordan Brand is going all out to make sure that the girls have their very own fresh kicks to rock this winter with...

i like the pair on the top right the best (the black herringbone boot). The others seem kind of ‘status quo’ for this type of footwear, but that boot stands out to me.

yeah i just like the colors and materials, its just a tight, cool, directional little range.
funny how some things grab you

i like it when the nike people try weird boots and stuff thats a little bit left of centre, i think thats their real strength is the edge to try new things… without that its kind of just another boring shoe company

Nice. I like the Jordan Flight 45. Diggin’ the hot pink fade on the midsole. Nice upper pattern also and like the mix of pebble grain w/the patent. Trendy and Junior-y. 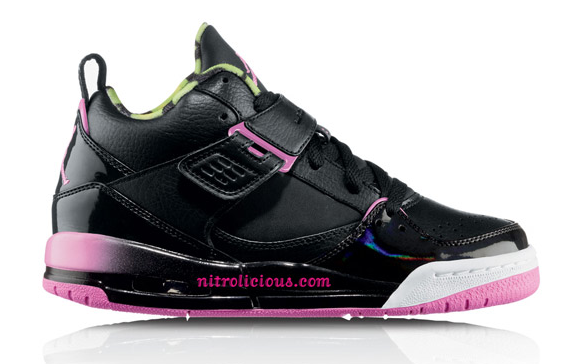