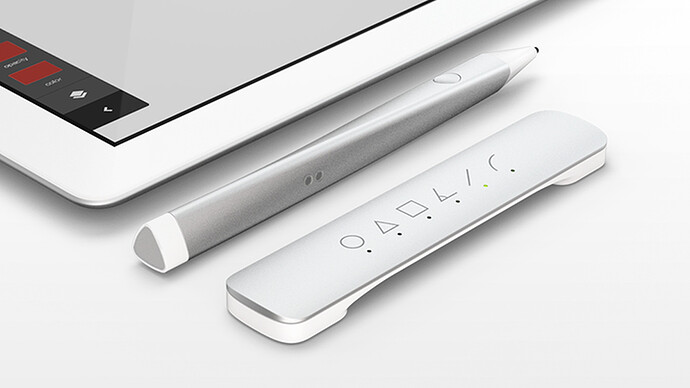 Adobe has just announced its first hardware initiative, a pressure sensitive stylus and an electronic ruler that will tightly integrate with its software applications. The company's Project Mighty...

I think the ruler is a cool idea. Also really cool how it has arcs as well. Could easily be programed as digital french curves and ellipse guide.

Quite a bit of Lag shown, but Is this finally a viable answer to pressure sensitivity on the iPad?

Quite a bit of Lag shown, but Is this finally a viable answer to pressure sensitivity on the iPad?

Very cool ruler. I think the pen is limiting due to its size and reliance on orientation (did you see him jumbling a bit to find the button, pausing his work?) but I think the iPad is the wrong piece of equipment for that productivity - the lag is indicative of the GPU & processing power.

Now, if Adobe is serious and intends to hold on tight to their coupling of the Adobe Cloud Suite AND those two pieces of equipment, then they need to expand their thinking to other devices and add the tools of SketchPad pro, etc - it’s possible they could make that pen smaller in DIA and eliminate lag if they rely on the embedded Wacom /SPen of Samsung & others - and then the nib wouldn’t have to be a big beanbag either. 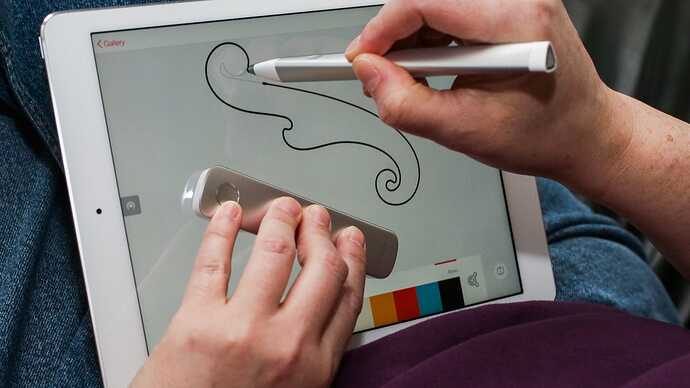 This combination of a stylus, a "digital ruler" and two Creative Cloud-connected drawing apps is on the expensive side, but a commendable first effort at hardware by Adobe.

the one touch undo is pretty dope. I wonder how that works with palm interference? The clicking between devices is a pretty rad trick. Not sure how much I would use that, but neat. The ruler is super cool.