So Ak47Celtics’ trail shoe concept got me totally pumped-

I haven’t really done any shoe projects- so this is my first crack at it.

I’m thinking something more sleek, less about straps and more about tech and off-roadiness (maybe overlasted, or at least more visual connection to the midsole)…I’m into trying to figure out what the vocabulary is going to be…check it out- let me know what you think

Nice work man! Glad my work could pump you up.

My favorite sketch is the one furthest left in the top left corner. It looks sleek and techy but still off road and durable.

I also like the big sketch on the right side about midway down the page. Looks pretty sweet. What would be the function of the lace cover?

One thing I think you should consider is abandoning the 3 big midfoot stripes. They look very predictable…I think the future for Adidas is NOT with those big stripes. Just my opinion though.

Anyhow good work and good luck with the rest of this project.

the lace cover would keep all the loose loops covered and out of the way when you run through brush, over roots, or those little burrs that are hiding in the grass. Just a thought. I find that my laces catch now and then…

so if no stripes- whats their mark? I was thinking that the stripes are sort of constraining, but thats kinda who they are…

great work by the way…

I think it’s possible for you to pull it off. Nike did it with the swoosh.
This:

8 Ball - Nice work. Out of the sketches I’ve got to say my favourite are the 3 with the flowing stripes, bottom left…

You gotta’ stay with the stripes though. After all, it is ‘‘The Brand with 3 Stripes’’. I see what you’re saying AK, but in the images you posted I don’t see how the tick has changed to much. Bit smaller in scale and a different posistion but Nike are still doing the whole big tick on the side thing that they’ve being doing for decades… 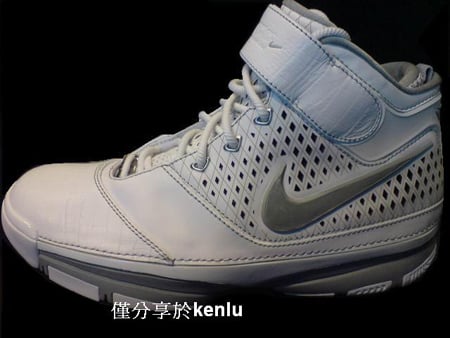 With those images I was trying to show how a logo could change based on the time period and/or design need. For example, the Hyperflight was released as an ultra-sleek performance shoe. The swoosh is much smaller/sleeker as a result of that. Could you imagine a Blazer swoosh on the side of the Hyperflight?

I definitely agree with you the stripes should be kept. I just think if they were in a more fluid form that would fit with the design, since it’s a few years into the future and 8-Ball said he wanted it to be sleek.

I agree, those bottom left sketches are fire. One in particular, the furthest to the corner, I think looks pretty sick.

Cool to see things catching, watch your overall profile, some of your sketches lean backwards. Also, if you look at the trail market, not many runners have straps. This is because straps tend to be associated with lateral, side to side movements, and running is associated as a linear sport. That said, because of the nature of trail running, I think you could make a case for a lightweight strap in the forefoot (lower down at the base of the eyerow like the Nike Trainer SE, of original Free Trainer) to help keep you on the platform.