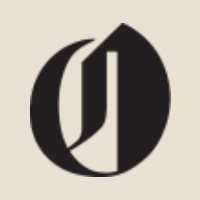 Eleven designers at adidas America Inc. in Portland, most of them working on footwear, have lost their jobs over the past few weeks, including six terminated on Tuesday. According to four people affected by the terminations, several footwear designers were laid off starting in late May and given severance packages. Six technical designers were fired Tuesday and not given severance, affected employees said. adidas America appears to be shifting design of running and training footwear back to adidas AG headquarters in Germany, several ex-workers said. Three ex-workers said the terminated designers recently had been photographed for a new adidas website aimed at recruiting designers…

Ouch, man that stinks. I feel bad for those guys, but the story goes on to say it was a performance based decision.

well, yeah, that’s what the PR will say. You wouldn’t want press getting out you fired people because you are shrinking. It’s a publicly-traded company.

Also if you let people go and admit to why, less so in this case, you can get sued. If someone is up for an increase in retirement (or whatever) you hold out as long as possible and then shit can them at the last moment. Say they have poor people skills or something. You just need to keep the margins up and the expenses low.

While people losing jobs (sans severance even) is an awful thing…the brand definitely needs some new spirit and blood in their design groups…so perhaps this might turn out to be a good move based on the young talent they’re able to attract in the coming months of recruiting?