I just saw something in the news about a new Acura and it got me thinking about that brand. When I was a teen Acura had just come out. My family had looked at them, my Uncle bought a couple of Legends. I remembered them as tech and cool. A very Japanese kind of tech/performance/premium/reliability. But somewhere that message got lost in what seems like an endless chase to follow someone else.

Here are a few visuals through the years.

Acura’s started out as rebadged Japan only Hondas. The Honda line was much bigger in Japan, with more premium variants, so it was pretty easy to stack a new lineup for a new brand. They launched the brand in 1986 and it was the first Japanese luxury brand (before Lexus and Infiniti)

I won’t go into the Integra, but Donut media did a great video on that model here: 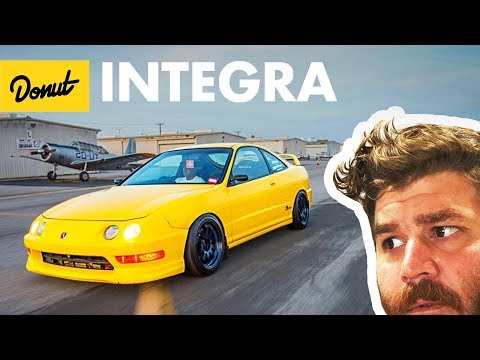 The Legend was their flagship model, and the first production Honda vehicle with a v6. It was pretty understated, and clearly a visual cousin to the Honda Accord, but it was crisp, and the coupe in particular had a nice back end. A quick rebrand of the 1985 Honda Legend that had come out the year before in Japan… notably, the body side had little box flairs that even as a kid I associated with techy, fast rally cars. 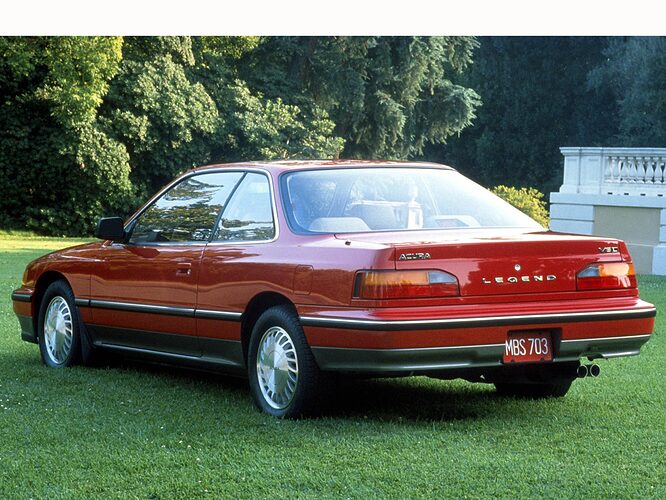 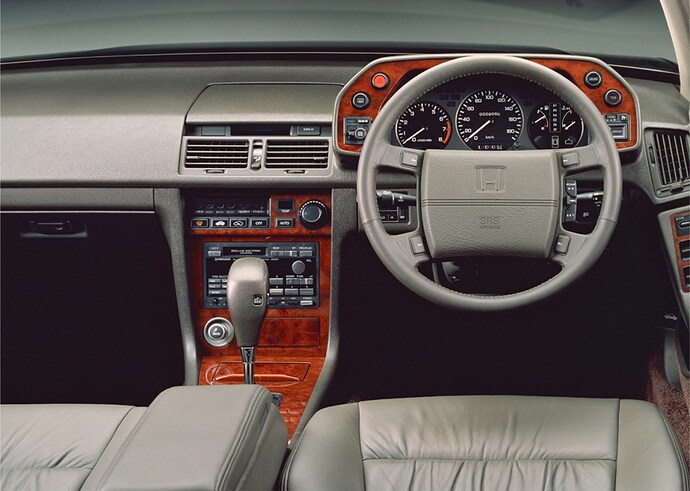 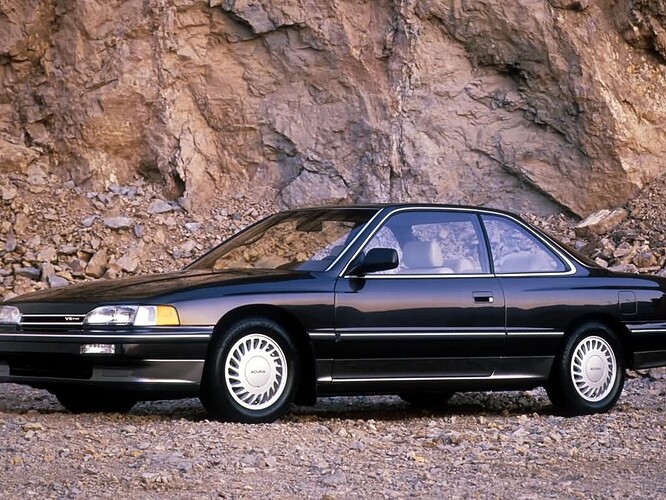 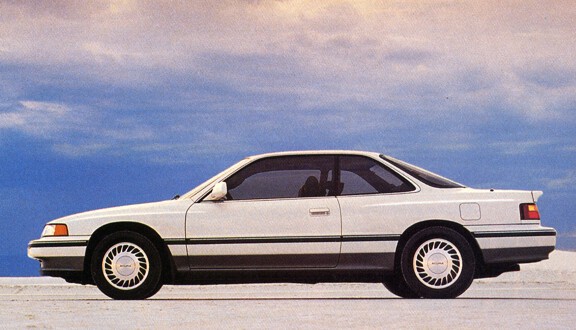 1990 saw the second generation Legend. It was much more sophisticated looking with softer, more complex surfacing. The coupe has an even more striking back end with a very sloped rear window (think of the American cars at the time with their flat, near vertical rear windows) which contrasted this very cut off, graphical tail lamp facia. I always loved the chunky alloy wheels and slot like mini grille. 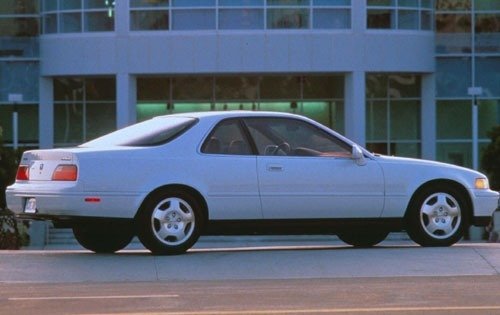 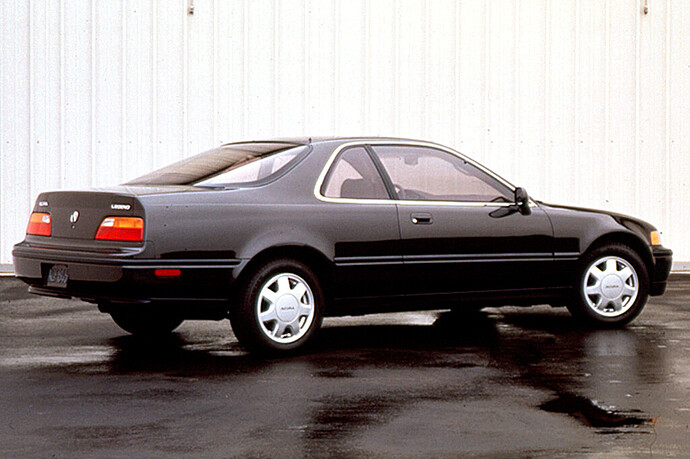 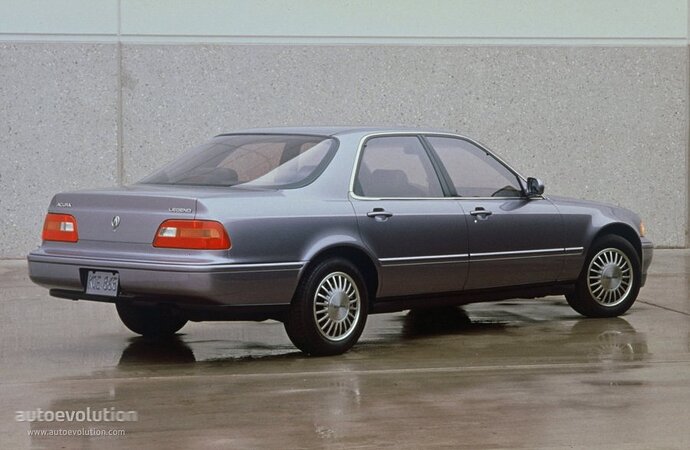 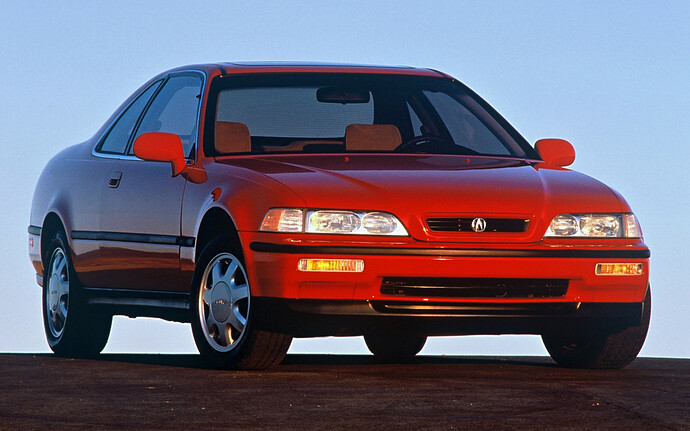 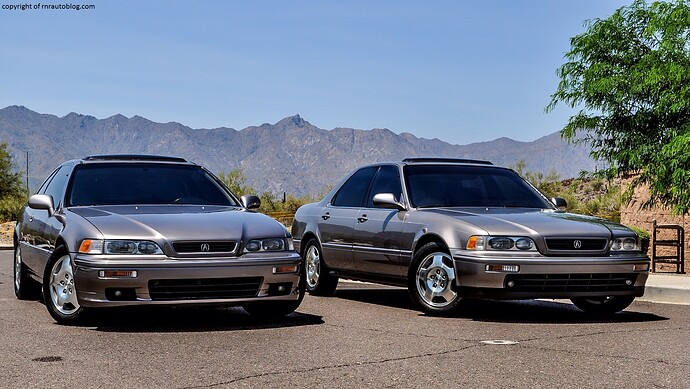 legends-1.jpg2141×1210 1010 KB
1990 also saw the introduction of the NSX and all of a sudden it really felt like this was going to be a huge brand… even though of course the NSX was branded Honda in Japan, the Google thing hadn’t happened yet and people didn’t know about JDM product in the US back then. I won’t go down the rabbit hole of how radically cool the NSX was at the time. It was a fast, aesthetically minimal, well balanced, and reliable Ferrari fighter. In a time when Ferraris and Porsches were totally unreliable and difficult to drive, this made all the other sports car makers reassess their product strategies. 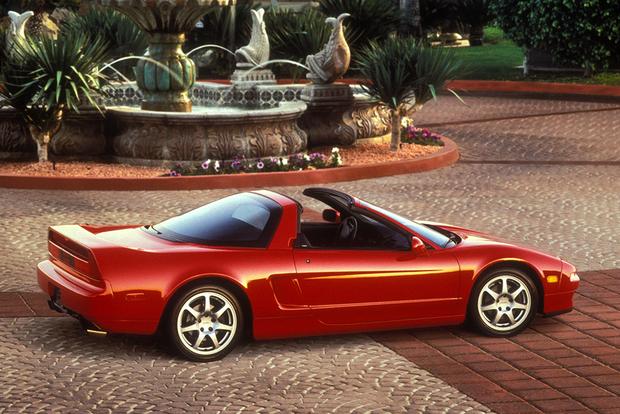 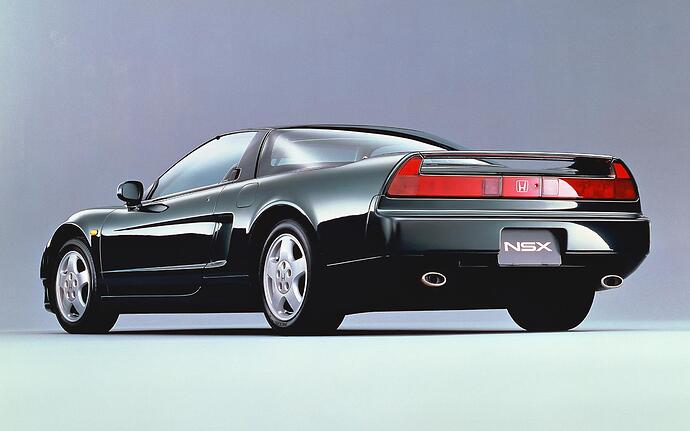 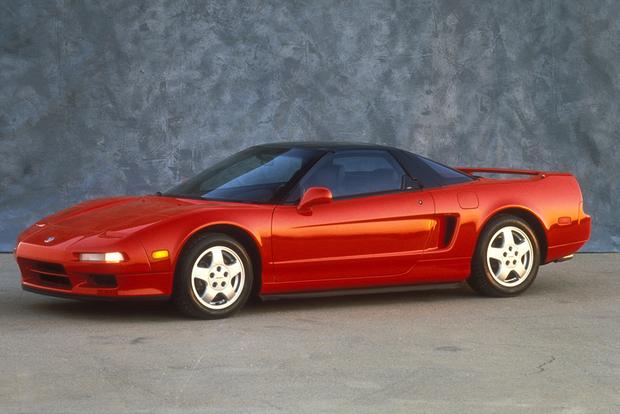 Even though sales were strong in the early 90’s for the Legend, they seemed to decline and then fall off a cliff by the mid 90s as Lexus ramped up. Acura Legend - Wikipedia 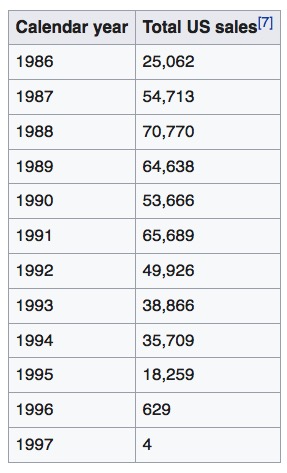 1997 saw the introduction to the TL. An incredibly boring looking car. It looked like a slightly fancy Accord. I asked a contact if TL stood for “The Legend” but unfortunately it doesn’t… 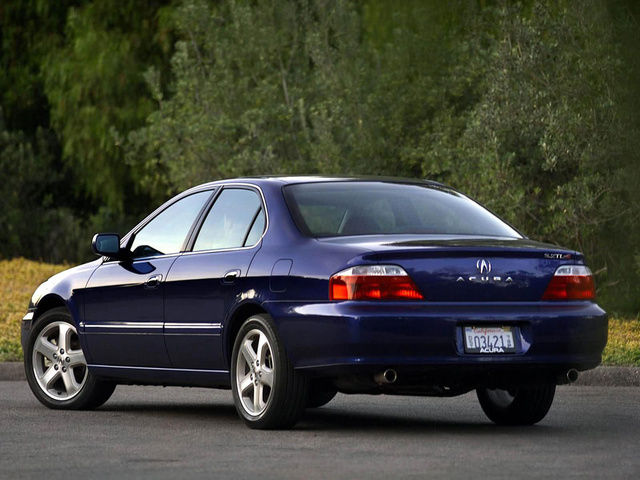 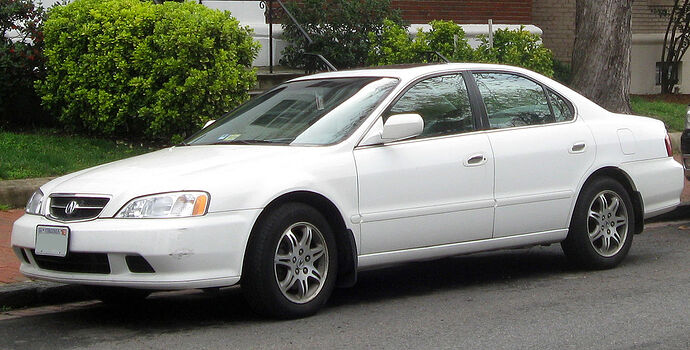 In 2004 the 3rd generation TL debuted. I thought this was visually a pretty perfect car for Acura. It looked technical, simple, well built. It was very restrained but still unique. I know a lot of designers who drove them. It had the appearance of being machined from a solid block of metal. I particularly enjoyed the simple, unchanging section in the trench that ran the length of the body side. It captured the front and rear reflectors and the door handles. That trench went right through the glass filler door, a hard thing to align correctly in production. The addition of the flared wheel wells, while a bit of a rip from Audi, really suited the design. I also think the super simple front and rear bumpers were very well executed. Those chamfered rear bumpers were visually something new. 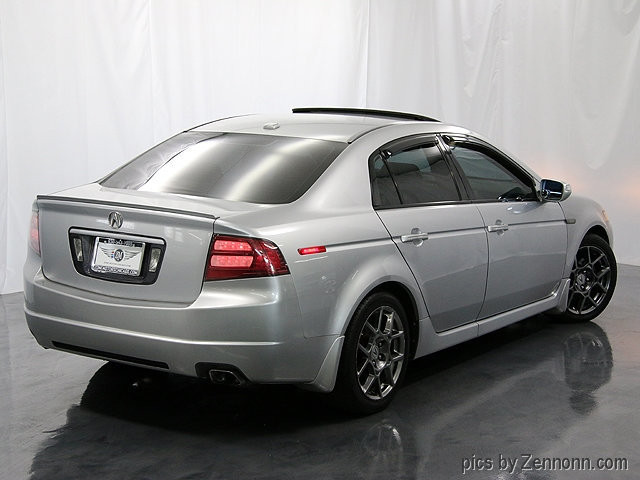 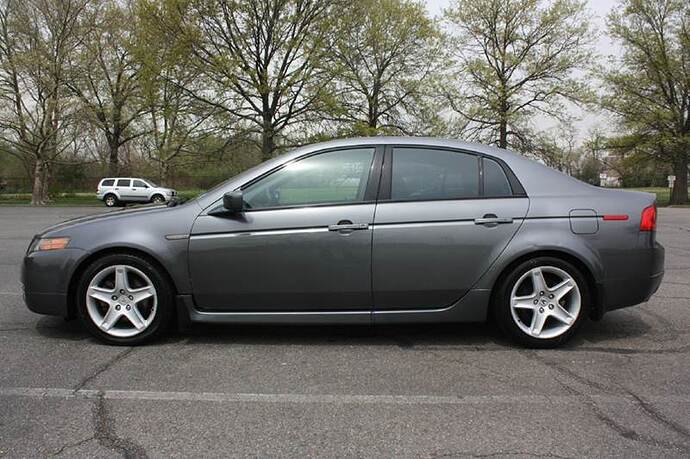 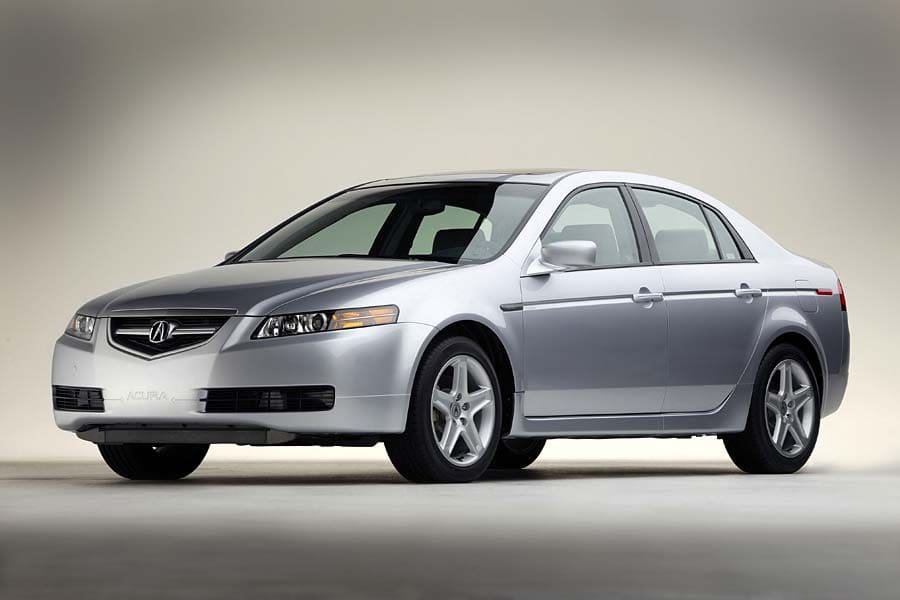 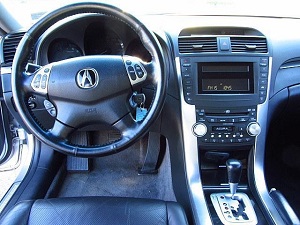 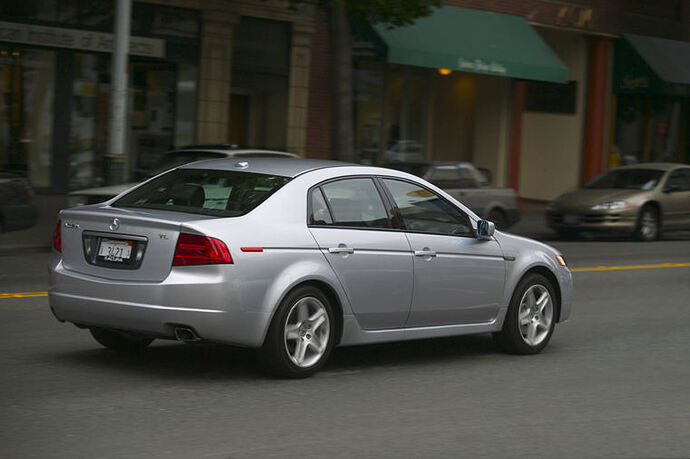 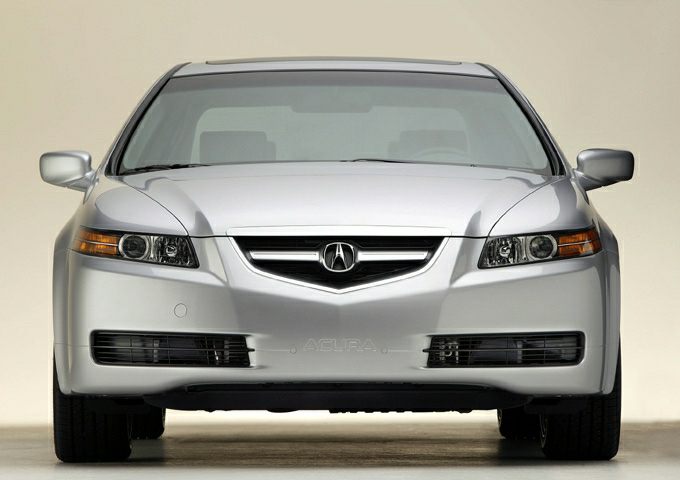 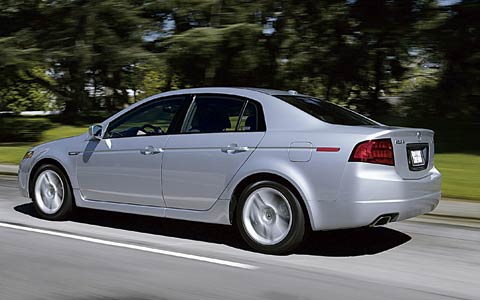 The mk 4 TL debuted in 2008. I applaud it for its courageousness, but it seems it was a bit too out there perhaps for Acura. It made a bit of a cartoon of the precise look with what some called the Decepticon grille. I give them credit for really trying to make that grille work. You can see the sales fall off in the chart below. The car also visually looked much bigger and heavier, not as svelte. Perhaps that was on purpose and they had the ILX below it in the line now and the RSX below that. 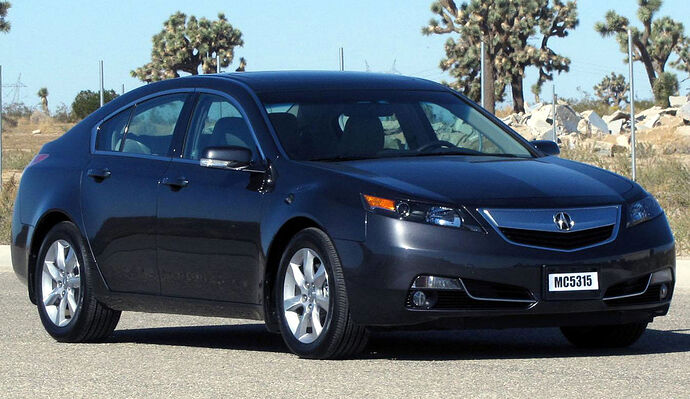 I lost track after that.

Of course there were a bunch of SUVs in there. The MDX (the first one was pretty interesting looking) seemed to do well. They did a smaller RDX SUV with a turbo 4 that I considered for my wife, but neither of us ever liked the SUV ride heights (if that car was a wagon… said every designer ever

) There were some additional bigger and smaller vegans but they all started to blend for me.

aahhh, memories.
Well, I had a Gen2 TL and I loved it. Everything was well designed, spacious and super smooth ride. I loved that you could only get 2 (or 3) trim levels…with or without Navi. I hate when dealers have 5+ trim levels plus options.
My wife got a Gen 3 TL in white. I think that car looks best in white with tinted windows. We still have it and it’s still fun to ride. Getting up there in miles and our family grew so we’ll be replacing it soon.
I think Gen 4 went back to the “luxury” ride feel of Gen 2. Gen 3 is more sporty and low to the ground. Dealers used to say clients would buy the Gen 4’s only if the dealer painted the grill the same color of the body.
I really like th MDX suv but unfortunately the 3rd row is too small.

Nice, it doesn’t surprise me that your TL is still running. It is a Honda! I’m sure it would pretty much go forever.

In my very incomplete history, I’m not saying they stopped taking risks. With the 4th ten TL they took a rather large one and that entire lineup wa getting pretty out there. Perhaps they got gun shy after that.

Remember the ZDX? Maybe ahead of its time considering the relative success for the BMW X6 (though I don’t understand it). Or maybe it is was just the wrong brand to do that sedan/hatch/SUV cross over? 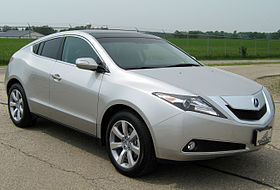 The Acura ZDX is a Mid-Size Luxury Crossover SUV built by Acura from 2009-2013. In 2022, it was announced that the car would return in 2024 as an electric car manufactured in a Honda General Motors partnership. The ZDX features Acura's first six speed automatic transmission, advanced ventilated seats, as well as other luxury appointments. Although the ZDX shares a similar profile with the Honda Crosstour, the two vehicles are not mechanically related: the latter is based on the Honda Accord, ... 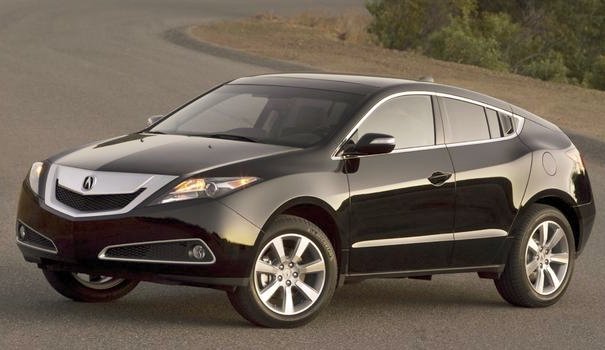 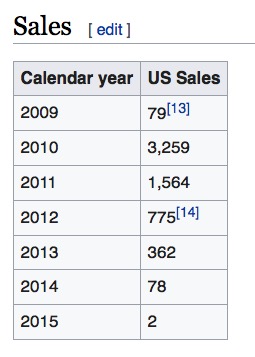 Such a mismanaged VBL from such a steadfast company - it boggles the mind how they could be so diligent making Honda’s “stay” Hondas yet so frequently give up on whatever current VBL they’ve applied to Acura to move on to something else - I fully expect something weird, new and un-Acuralike from them every few years now. And the latest VBL with the half-assed angled badge fascias is disappointing.

I bought a 3G TL-S as my first “Adult” purchase, loved the design of that car and that V6 sounded great revved up. The 4G really lost it for me. My wife currently drives an RDX which was not my first (second, third, or fourth) choice but she likes it enough and the new RDX prototype actually looks like it could be a competitive product with the new X3 and GLC.

Don’t forget they did do the TSX Wagon. A rare bird, but underwhelming as a sporty thing. 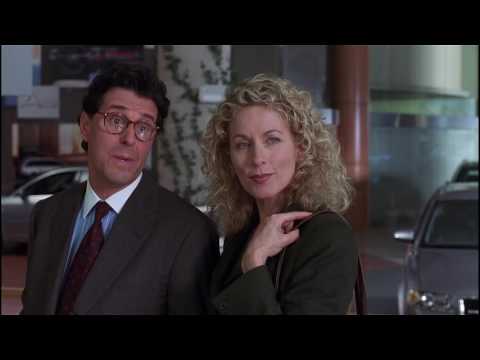 I’m pretty sure they use that clip in the Audi sales training program!

Every few months I think back to the Integra and wonder how it all went wrong. That was the car to have circa 1995-1999. Then they killed the name and a generation later killed the car. Very strange. 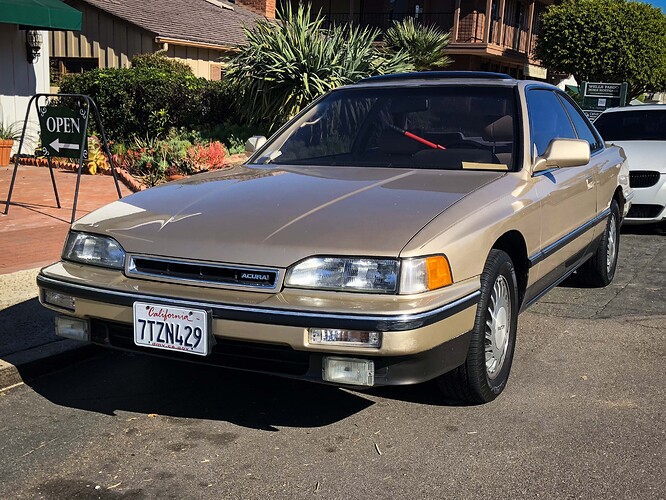 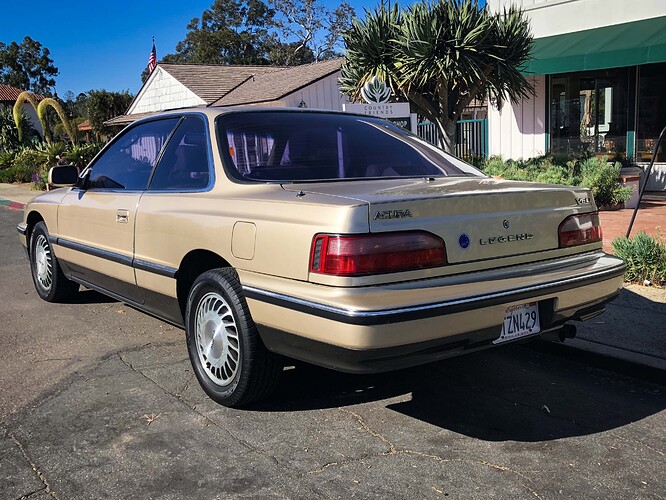