About the impact of Big 3 on CCS

the power of Big 3 (Ford, Chrysler, GM) has decreased now.

As a result, people say that the city of detroit became ruined.

and the environment of the city have an impact on CCS? (in any ways)

I would say that Detroit really would not be a place I would want to be right now.

I don’t know about the “power” of the big 3. Ford is doing rather well given this recent Toyota BS, and GM seems to be improving.

Chrysler is a goner, so maybe we just need to start calling it “The big 2”

If you want ultra cheap real estate, and zero neighbors, move to Detroit. There’s whole neighborhoods of the city that have returned to prairie! It’s really incredible.

There was a show I saw (I don’t recall which) not long ago profiling young people who were moving into some of those vacant neighborhoods. It was really interesting. They got the homes for almost nothing but they needed a tremendous amount of work. It reminded me of many of the warehouse/artists loft style urban pioneering that has happened, but in a former blue collar neighborhood. It was fairly small relative to the mount of flight that has occurred, but they managed to build a small community within that prairie.

what do you guys mean it’s returning to prarie exactly… sounds incredible, like a post-apocalyptic movie

I think the change will be good for everyone except maybe the trans students.
CCS will have to rely more on the product department than they have in the past, which may switch switch the focus slightly from being so trans-centric. It would be great to see the product department grow to be the powerhouse it was years ago.
Vincenzo (sp?) the new ID head is really a great force and motivator in the building.

Cool Stuff (though quite old now) 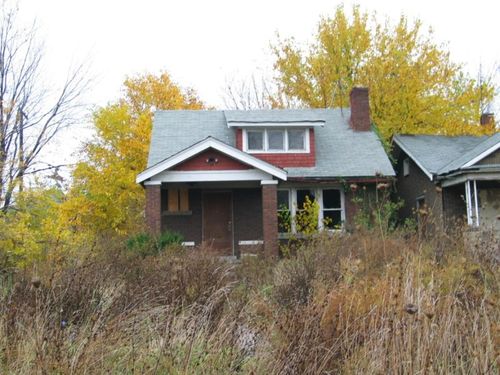 The streets are starting to disappear after years of neglect and no use. Buildings crumble, yards turn to prairie grass. It’s amazing.

Has anyone here read “The World Without Us” ? It totally reminds me of that.