In my opinion, this is not a design at all. At least not a well thought out design for 21st century.
After seeing this I feel like my 4 years of college is a total waste.

Unfortunately stuff like this happens. It reminds me of my furniture design classes. Our teachers would try and rush the design in order to get the projects built by the end of the semester.

While the idea really isn’t all that bad. it’s just not well thought out. you buy the thing for storage, but when you remove one of the dividers to store something you are stuck with a divider with no place to go.

I took a look at their website, and honestly I was not impressed with anything. The designs seem very basic at best. The chair design they have is down right dumb. They designed the chair to have a storage compartment which is a nice idea. However, you have to remove all four cushions in order to get to the storage compartment. The spec sheet they have on their website for the chair is even drawn incorrect.

For anyone who wants to see more of their work

The chair really struck me as an idea not really thought through, and I guess the same can be said for the overpriced box. Ok, I can see the use for those removable separating panels, but what do you do with them when they’re removed from the box? Just leave them on the floor to… eeer sit on?? “Look I’ve also design this flat kinda chair. It’s miniED” Hm… they should have nice pictures on them so you could hang them on the wall

I’d expect these kind of things on thereifixedit.com , not as overpriced design junk.

It is funny we all notice the divider panels as a flaw. Maybe we can not blame her because she only study communication in NYC. (sources from designglut) I think she should get an education or at least do a competitive pricing research.

After seeing this I feel like my 4 years of college is a total waste.

No reason to think this way. Sure, they may be pricing their work far above what you or I might value it as, and sure they may be selling some of these, but you can’t be mad at them blame the market. If people see value in a $900 wood box, then who’s to argue. I would guess though, based on the rest of their offerings, and some hiccups on the website (like the spec sheet Ross pointed out!), that they probably won’t be in business for too long. If anything, this should be making you glad that after 4 years of college, you can quickly point out the flaws in their design and their pricing.

Their site looks nice, but definitely waaaay overpriced. The funniest comment on the vimeo site was, “that’s not designed, that’s just built”. It really is just like a saturday afternoon craft project.

I think we get all so rallied up because of the pretentiousness of the site.
from the “meet” section on the site: “put down a deposit on a workspace in Bushwick, bought a jigsaw and went to work”
Unfortunately, it ain’t that easy.
It all seems a bit like a joke on whoever orders the stuff.

I guess, this is a bit of a problem in the Brooklyn design scene, anybody can set up shop and as long as you seems indie and cool enough, people buy it. Sort of a fake it till you make it mentality. There are many others in Brooklyn and Queens right now. But it won’t last.
I think Harry Allen has done some nice work within this plywood style. That is real quality though.
http://www.harryallendesign.com/Pfolio/Furniture/index2.htm

Maybe it’s just me, but it reads like a bunch of kids with money from mom and dad playing around with design. A bit of the “look what I made mommy” factor going on. Just because you made something, doesn’t make it good… or innovative, or original. I feel like I could go to Ikea and get this stuff. Just cause you made it in Brooklyn doesn’t mean it warrants an $800 up-charge in my book.

I kind of like the site though. From the meet page, it looks like there is a pretty big team on this stuff. Maybe they will get it together.

If you have the disposable income to spend close to a grand on storage are you really in need of it? Don’t you live in a large enough home if you can spend this kind of money?

The people in need of storage wouldn’t be able to afford this, although if I could I’d go to home depot and spend $30 on some cabinet grade plywood and make my own…

don’t take it so serious, people.

why else would someone make a video to produce your own and sell it for that?

if you can’t make that, you deserved to get burned for $1k

i like the idea of the wallet-scarf, but i havent see many people dancing with a scarf…
they seem good at communication :
https://www.wintercheckfactory.com/read

Wow, what a sack of shit that chair is.

Poorly thought out, poorly made and poorly finished.

For that kind of money I would expect at least some nice mortice and tenon joints… not just f*cking nailed together.
And please, for the love of God, buy a table saw, a jigsaw is NOT going to give you a $900 edge

I can appreciate the humor. I would use the extra panels as a surface to put my drawing paper on. Maybe it would be fun, who knows. I like the desk they do. Looks like core77 blogged about this place a few times. 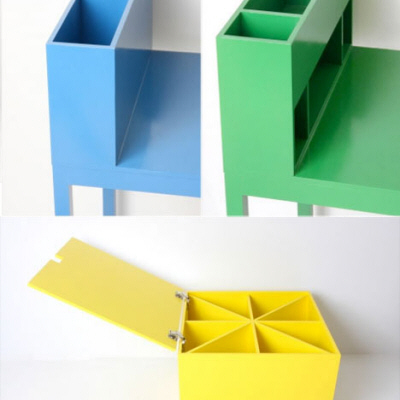 is a new company that aims to remain an independent entity while keeping the price of their products relatively affordable. In order to do this, they've decided to forego traditional retail outlets and explore alternative methods like roaming... 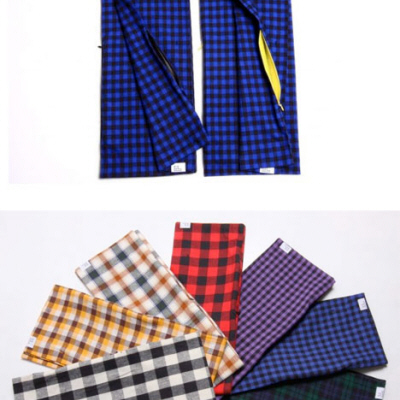 Wintercheck Factory, makers of the wonderful Paul Desk and Aaron storage table we blogged earlier this year, are now rolling out a new line of accessories. They're starting with the Julian Scarf, a 100% rodeo flannel scarf with brightly colored, rip...

looks like they aren’t pricing things as low as the first article says, wonder why they changed.

Wow, what a sack of shit that chair is.

Poorly thought out, poorly made and poorly finished.

For that kind of money I would expect at least some nice mortice and tenon joints… not just f*cking nailed together.
And please, for the love of God, buy a table saw, a jigsaw is NOT going to give you a $900 edge

I can appreciate the humor. I would use the extra panels as a surface to put my drawing paper on. Maybe it would be fun, who knows. I like the desk they do. Looks like core77 blogged about this place a few times.

looks like they aren’t pricing things as low as the first article says, wonder why they changed.

they did not say low price, but “relatively affordable”
so it was clearly targeted to “people who can afford their products”

I just realised that the video was of the prototyping stage… fair do’s, it’s not the final piece.

Not my cup of tea and certainly not for that price… but if they can make a living out of it, all the best.