Has anyone come across a newer version of the standard 7-segment alphanumeric LCD font?
I’m looking for something more modern and more readable.

^ This one is unreadable

^ This is pretty good–nice and bold for reflective LCD’s

^ These are thinner for backlighting. Notice the lopped-off corners 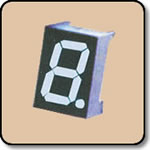 ^ This one has the lopped-off corners too, but bolder for reflective LCD’s 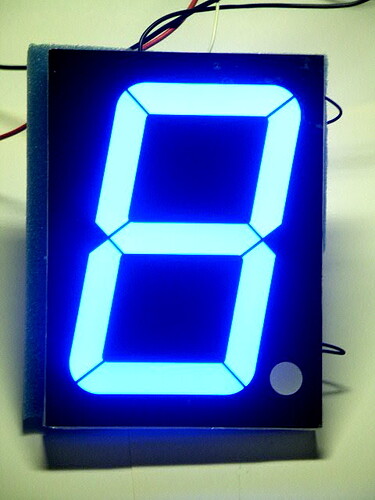 ^ The rounded shapes on this one are great

that’s what the seearch function is for

I recently picked one of these up…super readable. And totally RAD.

do you use it as a headband?

We tweaked an existing set to make a small family of light, regular, and heavy.

Not that hard to do- take you half a day.

Good tip on Nike, here’s a few other clever tweaks:

…Unfortunately none of these are 7-segment either…

not necc. 7 segment, but some interesting takes on the subject by stark for fossil.

none of these are 7 segment

yup, thats why i said it too.

More variants on the 7-segment font by Polar:

^ This one seems to be a sort of hybrid… Notice the extra segments in the number 4.

I don’t like the deep cuts on the downstrokes (very noticable in the numbers 0 and 7.) Probably a necessary compromise to have the other numbers look so good.

Saw this in a Jeep this weekend:

^ Similar to the Polar variant. Note the full downstroke on the 1, which makes the 2 end up a bit short

some interesting 7 segments from nixon, ive always loved the design of the ‘dork’ nice to see a sense of humor in a watch.

this one is interesting…its kinda hard to see where the segments are, but seeing the differnce between the 3 and 8 shows its defineately not a 7 segment.

none of these are 7 segment

I agree with that, its solid advice that i would follow myself.

I’m working on some redesigns of seven segment displays. The previous designs have some strange proportions. In order to utilize more of the screen area, they stretched the numbers in height quite a bit.

Does anyone have any references for how proportion effects the readability of a seven segment display? 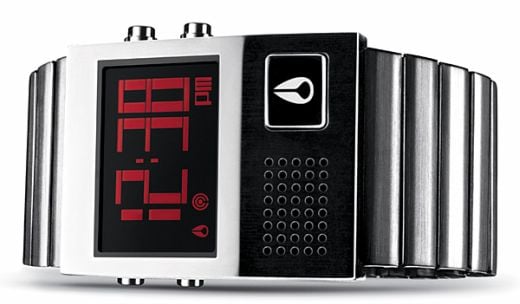 I know this isn’t exactly a 7-segment font, but it’s an lcd face anyway. Designed by Underware, found at TypeNeu.

check out the 7 segment font