Come early and hear a thrilling discussion with Michael DiTullo ( Yo!)

This is the chance you have been waiting for to show your skills and win something cool.

You heard it right, coming April 9, 2010 to Cleveland, Ohio a clash of titans. A Sketch Battle is a single elimination tournament, where designers, illustrators, and whomever has the skills come together to show their stuff knowing that only one can survive.

All contestants are provided with paper, and are timed to put down as many thumb nails as possible. It is however quality over quantity.
Then our top constants enter a typical single- elimination tournament.
Paired at random the competitors go through the first 15 min round, randomly assigned topic.

First round: one or two 5 minutes sessions (all registered competitors)
Second round: 15 minutes (eight People)
Third round: 25 minutes (four People)
Fourth round: forty-five minutes. (two People)
That should be the end of it.

The work will be projected on to the wall. At the end of the allotted time the crowd will be surveyed for the winner. In the event of a tie the judges from round one will be surveyed to break the tie, if it is too close to call in the final round the contestant will go head to head again in a speed round, further rendering and elaborating.


As if this was not enough awesomeness for one night, Mr. Michael DiTullo will be speaking at the beginning of the night. That’s right Yo! himself will be leading us with sage wisdom. DJ PeteButta will be spinning during and after the competition.

Thanks for posting Stephen. I’m looking forward to it!

It should be a nerdy ol’ good time! I’m looking forward to it. I did an exchange semester at the Cleveland Institute of art. While I was only there for 14 weeks, I made some very good friends, some of my best friends, during that time. It was also a stacked class in terms of talent. A lot of the class went on to do great things, and we had great professors. Fond memories! This will be my first time back in 13 years!

Argh! I’d make the 5 hour drive for this if I didn’t have to be in Ottawa that weekend. Sounds awesome.

Haha, did you get Yo as a speaker so he couldn’t compete and destroy the competition!?

Hot. I’m jealous of Ohio for once.

Argh! I’d make the 5 hour drive for this if I didn’t have to be in Ottawa that weekend. Sounds awesome.

Haha, did you get Yo as a speaker so he couldn’t compete and destroy the competition!?


Maaaaayyyyyybbbeeeee we did get Yo for that reason,but maybe not. And if it goes as well as we all hope maybe we should have an online exhibition round with Yo, Spencer Nugent, and some other sketch"titans" (Doug Chiang, Syd Mead, That Photoshot guy who uses like a million layers for everything, you know the clic I am talking about)

That would be pretty fun!

Here is how to register for the event:
https://www.netforumondemand.com/eWeb/DynamicPage.aspx?Site=IDSA&WebCode=EventDetail&evt_key=bc35edb9-dbe6-4de1-9af6-2e36b0c7e760

And a little more info: 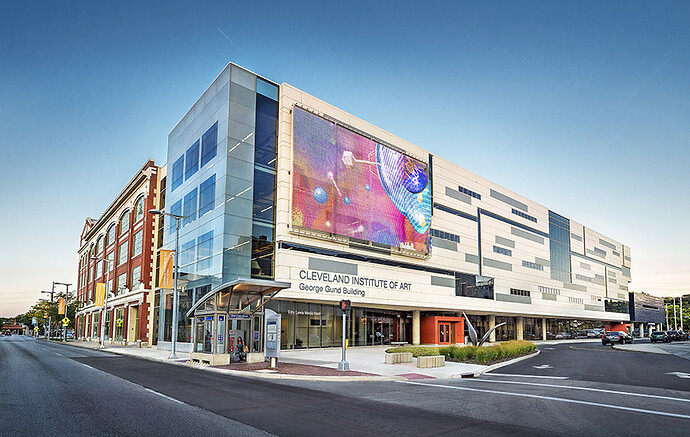 Thinking art and design colleges, schools in Ohio? The Cleveland Institute of Art is an internationally recognized professional College of Art and Design offering Bachelor of Fine Arts Degrees in fifteen majors in Crafts, Design, Fine Arts and...

May the designer with the best sketching skills win. Looking forward to meeting Michael DiTullo and hearing his talk.

If you want to go to this and are on the fence reply to the thread or PM me. If you are planning on going please register onilne at : http://www.idsano.org/

Good point Travisimo, and plans to video it Stephe?

I hope to get a some video action of it for Youtube at least. I’ll post it up.

I hope to get a some video action of it for Youtube at least. I’ll post it up.

come on man the future is now, we want to watch this thing streaming on our ipads !

We are expecting a huge turnout for this event. Sign up today for Sketch Battle at www.idsano.org and save 25%.

ARE YOU READY TO RUMBLE?

Chills, thrills, and spills. Time to show your skills and strut your stuff.

Looking forward to see some sketching skills Cleveland! I’ll be spending Saturday at CIA as well.

Good times at the Sketch Battle tonight. Michael DiTullo gave an inspiring talk to commence the battle. Lots of young design talent did some impressive sketching projected on the wall in front of them. Props to the DJ too. Was one of the better industrial design events in Cleveland over the years.