Who thinks this is one of the sexyist things that ever lived? Uh drove?

$80,000 is a bit over the top though, and it’s too bad they couldn’t make the seat straight or get a center cockpit outta the deal. The T-Rexx isn’t as pretty, but it preforms just as well (on paper, as much as I can tell) and it’s half the price. They should have performance specs. up too

These are my favorite types of cars: raw. 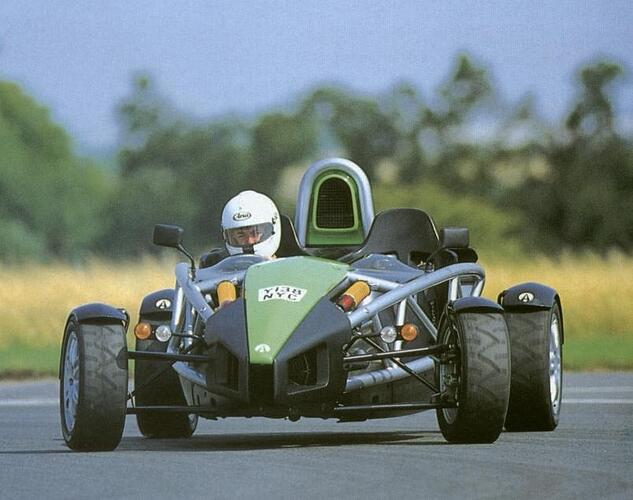 I dunno guys … this looks like more fun to me… ADULT soapbox Derby Racing!

Find all you need to know to get involved with, the best event in Portland, the PDX Adult Soapbox Derby

I was looking for the VW!! I like it a lot more, and you know it wouldn’t be $80K either

but of course it’ll never be made right??

This is the one that got me hooked on human power. Even though it is no
longer in production and the molds are considered “misplaced”, it keeps
being re-built by DIYers in one form or another. Even sexier in person
than in photographs.

Copyboy: I heard that VW is considering going to production with either the GX3 or the EcoRacer concept. I sure hope they do. Of course, it will probably be deemed “too well designed” for North America.

Here’s another along the same lines:

I’d be waiting in line. Looking at the pictures, the GX3 is one sexy beast. I’m sure the SUB and T-Rex are better performers, but come on… $17K-$18K you can’t beat that. Haven’t looked at the ecoracer yet.

Not into the one in your pic…just not my style, looks like it breaks the sound barrier though

HPV’s are interesting, but there aren’t too many, if any, vehicles with more power than gravity…

RAW! RAW! RAW! That’s what I like; TEAM SPIRIT!

As a life-long motorcyclist, I’m not sure the ‘forward-reaching’
seating posture would make for a comfortable ‘five-hundred mile’ day.
My method of determining hand grip location is to allow my arms to
drop naturally, hands shoulder-width apart, until the upper portion of
the arm is near parallel with the spine. The narrow controls
appear to be causing the operator to be ‘pinching’ his shoulders
together and reaching.

My wife has racked up many miles
asleep on the back of our BMW; not too likely to occure here.
Then again, this isn’t a touring machine.

The styling is great on the body!! but the exposted legs are kinda wierd, the driver would have to be wearing racing get-up every time they ride, otherwise the pants would be all hiked up from the wind. The more I look at it, it looks like the fastest 3 wheeled John Deer Tractor int he world

Tandem seating as in the Messerschmitt KR 200 is very interesting for a 3-wheeler. In a modern form this could look something like this:

i have a friend in l.a. who should be taking delivery of an aeriel atom this year. he’s planning coast to coast drive and back again next spring/summer i can’t wait to see the car…heel, i can’t wait to steal the keys and drive it!

The Atom’s pretty cool…though I’d prefer one of these.

That pretty much defines “raw car” to me. I mean…it’s a stripped-down LOTUS.

I’d say a worthy sequel to the Super-7, except they only made 340 of them.

And one got blown up in that godawful Tomb Raider movie

Neither Ariel Atom nor Lotus 340R are 3-wheelers.

Well, ok SeaLion. To balance the 4-wheelers I posted, I’ll also post the greatest car ever made. BEHOLD THE ROBIN:

cool, thanks for the link.