Hi just wondering if anyone could shed some light on this topic. My first ever 3D software I learned in school was Rhino, probably rusty with it now having not touched it in awhile. I learned Alias second and then towards the end of my school days I dabbled with Fusion 360 as well. I think it’s safe to say while I can navigate and build stuff in these programs, I also never did a deep dive to really master one.

Is there an industry standard for 3D software for footwear? Also, since Blender is free and open-source, I downloaded it but have yet to give it a go. Would like to pick one to hone on. Looking forward to your responses!

I’ve wondered this myself. If I am making a sheet metal piece to be laser cut and bent I can model that and flatten/unflatten it in SolidWorks but when it comes to actually designing shoes to be made and not just a visual representation is there any software that can do that? Are shoes actually modelled as parts in an assembly or is it just flat patterns derived from the visually representative model?

I encouraged a 1st year student with only a little CAD experience (SolidWorks) to enter a competition which required modelling a shoe in Fusion 360 a couple of years ago. A week later they had learned Fusion 360 and modelled an entire shoe, mostly using T-Splines. So, my second-hand experience would say that Fusion 360 is probably a good choice but with Rhino you can get plugins like ExactFlat to flatten complex surfaces into 2-D cutting patterns.

Hey MK19, thanks for the input. I’m not sure how patterns can be draped and flattened with footwear with solidworks either. That makes the plugin for Rhino sound pretty useful. I’ve done a simple shoe model with Fusion 360 for one of my projects once but the fidelity I got to it is definitely only good for visual representation and not so much tooling and so forth. I wish Fusion 360’s generative design capabilities wasn’t locked behind a paywall, would love to try it out. Maybe it’s time to revisit Rhino. 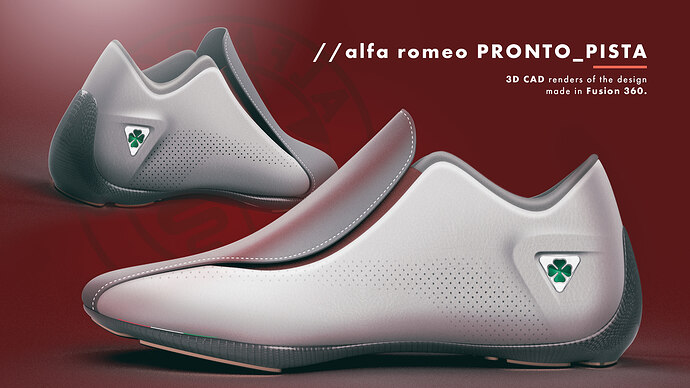 From my experience, most footwear mold shops use Rhino for their tooling.

As far as uppers go, pick your poison. Modo, Blender, Zbrush, and Rhino are all used to achieve various results & depending on user preference.

Tooling is generally done in Rhino. Modo is also used for early exploration/mockups and visualization. Blender could absolutely replace Modo for this. I also think skills would be highly transferable between the two.

I might be able to provide you with better insight if you explain a bit more why you’re interested in this? I must add that most footwear designers still do most of their work in Illustrator.

I must add that most footwear designers still do most of their work in Illustrator.

Wow, and after that there’s a CAD monkey moving all the illustrator side views to Rhino?

I must add that most footwear designers still do most of their work in Illustrator.

Wow, and after that there’s a CAD monkey moving all the illustrator side views to Rhino?

A pattern maker makes a pattern by hand. No need for CAD for most uppers. Outsole CAD done usually by the factory. Your rhino cad is likely not very useful even for tooling unless you happen to have cad of all the lasts, account for the lasting margin and top line buffing margins, know the expansion coefficient for the EVA, have graded the outsole rubber sizing, etc.

If you want a pretty picture sure, sure, go to CAD.

Right, if the shoe is injection EVA, it is actually made about 30% smaller due to expansion, but it doesn’t expand evenly so it has to be molded in a funny proportion, but if it is compression eVA it is 1:1, then the rubber is molded separately, and then adjust the CAD for each half size up and down the range, but you just don’t scale it because length and width don’t scale proportionally… and that is why the factory makes the CAD

… it can be useful for other things in the process though. There are some upper specific CAD packages being beta tested at the big 2, but I don’t think they are widely available yet.

There are some upper specific CAD packages being beta tested at the big 2, but I don’t think they are widely available yet.

You may be really surprised at the client lists that some of these footwear specific CAD softwares have. Yes, the big 2 (they have a copy of everything under the sun) but also numerous other factory/brand groups are trying to find a way to use 3D CADs to make development faster/more efficient. Some big names have spent a lot of money looking into this.

I have access to one of them and it can create upper patterns but my pattern guy could have made it himself in the time it takes him to correct the 3D generated one.

There is some really exciting stuff happening in this area that has the potential to have a huge impact on the footwear industry, and it’s not just the big-name brands doing it.

Sure, there’s lots of neat tech out there. Non-traditional upper methods (knitting, weaving) are changing the design process.

I also saw a few years ago an all in one upper printing machine that can print multiple colors of “3D” ink on a flat cut upper to quickly prototype a design. The ink dries quick and the thickness can somehow be adjusted so it can look like multiple overlays. From what I recall you fed in an upper on a conveyor belt at one end, a laser scanned the upper and correctly placed the artwork and the finished thing came out on the other side 5 min later. All that needed to be done was to stitch the flat upper to a insole board and last it for a quick upper proto that gave you a pretty good idea of look and feel for a pattern/colorway. Not sure what tech the upper design that it used was based on.

I’m sure the tech is even better now. Of course there already exists full 3D print uppers, though mostly just for show and not really mass market.

Still, can’t beat a good pattern maker who know how to add a bit more spring to the tongue with a cut here, or wrap a single piece of mesh around a last with a few hidden seams in the right place…

Mind you, with the ugly shoe trend, it looks like they fired all the pattern makers and are just having the guy on the factory cutting floor randomly stitch stuff together

Heard about this, but no idea if its good or what. 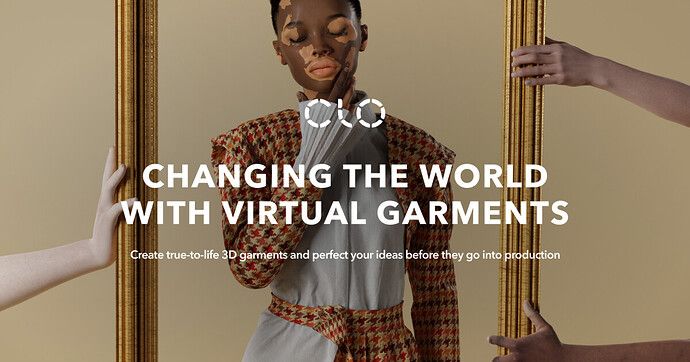 I’ve never heard of that type of prototyping with the 3D printing on a conveyor. Sounds like a great tool.

From what I can see, there are two ways 3D CAD is currently being applied to footwear:

I think the product development side is where the growth opportunity is. How can you create digitally and then bring that digital creation into the physical world most effectively and efficiently? This workflow could save time, money, and materials when used in its ideal implementation.