…sort of.
3D printing the plug of a replica DB4, then making a mould from the plug and casting a fiberglass body from that.

The guy worked out that buying a printer and printing and assembling hundreds of 140mm x 140mm x140mm parts on a wood frame was the cheapest method. He bought a cad model from turbosquid and is modifying that:

Not sure the calculation for that to work out to be the cheapest method. Lots of big CNC machines in the world to cut it out of foam for you.

The only way that’s cheaper than buying a cheap CNC router (which is roughly the same price as a cheap 3d printer) and cutting it out of maybe 10 pieces is if you value your sanding and filling time at $0/hour. Look how rough that is around the door opening and front nose. Everybody needs a hobby I guess.

Wonder how much it is. Hope he didn’t sell his house just for this.

From blog: “72% printed but I’ve been preparing my house for sale so I’ve not had any time to assemble anything”

Everybody needs a hobby I guess.

If you can sell it, there may be a dollar in it: 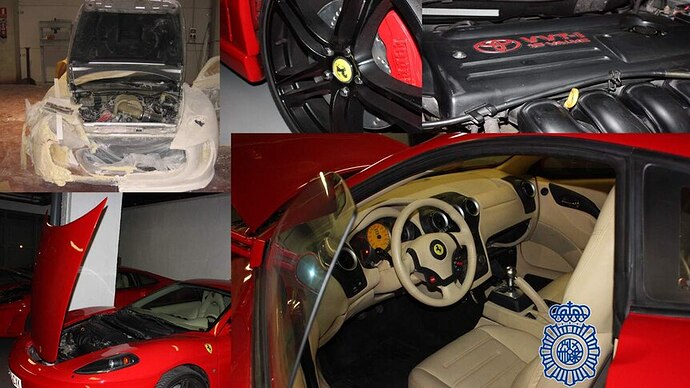 Police in Spain have broken up a syndicate of fraudsters who had been using the internet to sell ordinary cars that had been converted to resemble deluxe Ferrari and Aston Martin models.

Print your own car… reminded me of an old American country classic; One Piece At A Time