Surprised this hasn’t been posted yet, but let’s have at it. 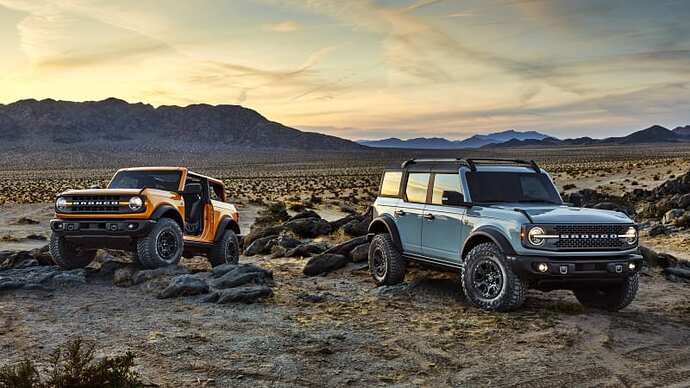 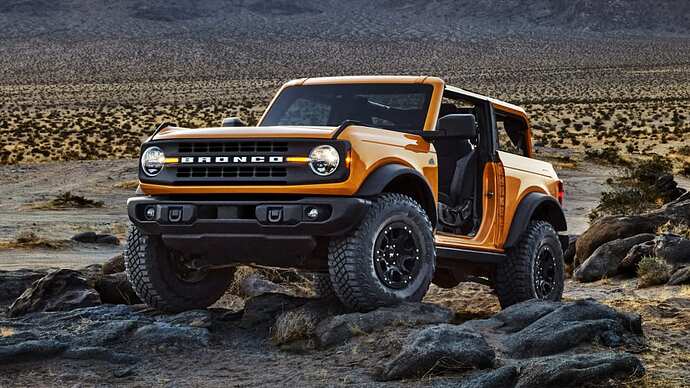 It’s not a vehicle marketed at me, but I like it. I love the little easter eggs (which Jeep has done a very good job of) like the “GOAT” knob, and there seem to be some really considered functional elements that are tied together nicely. The overall aesthetic is refreshingly clean in the current era, it’s great to see someone using restraint for a change. I really like the little accessory rail across the dashboard, people have been clipping crap to AC vents for far too long.

Love 'em. Wish they were electric, but as others pointed out elsewhere, electric may not be quite ready for bouldering or other rigorous off-roading. 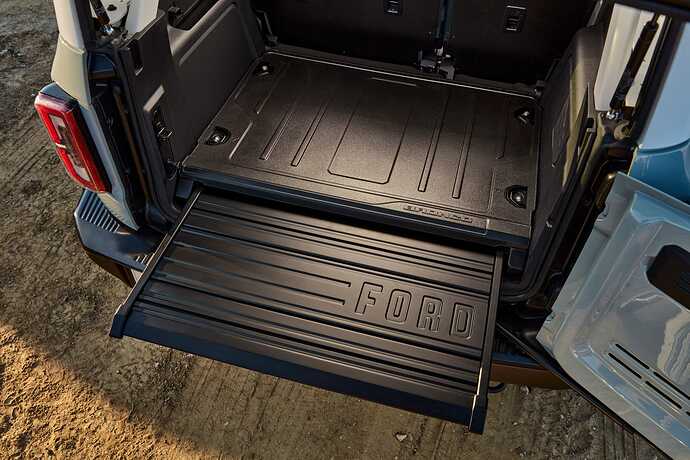 Accessory rail on the dashboard 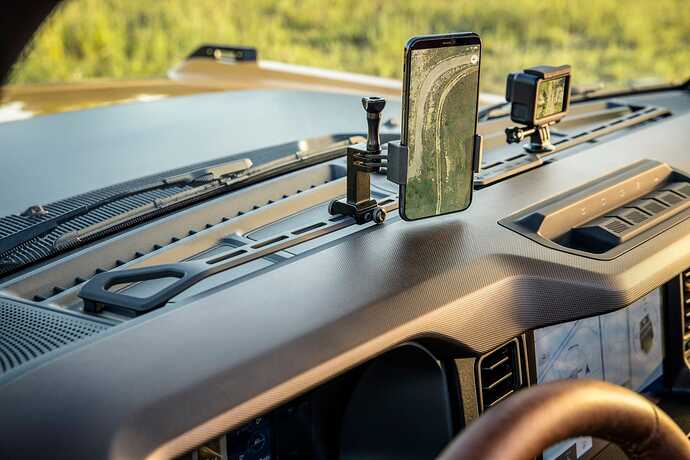 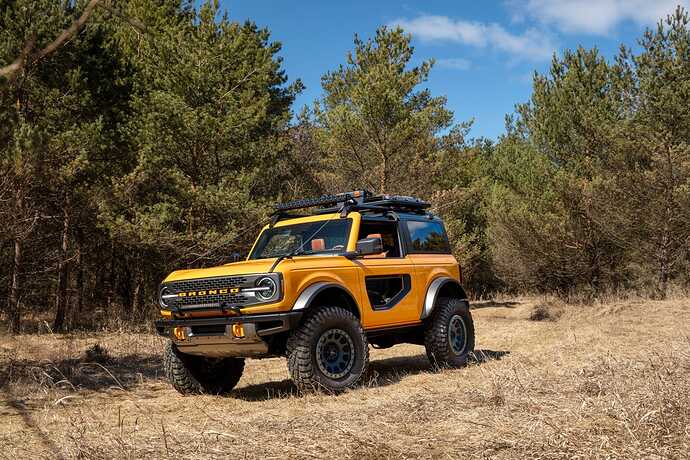 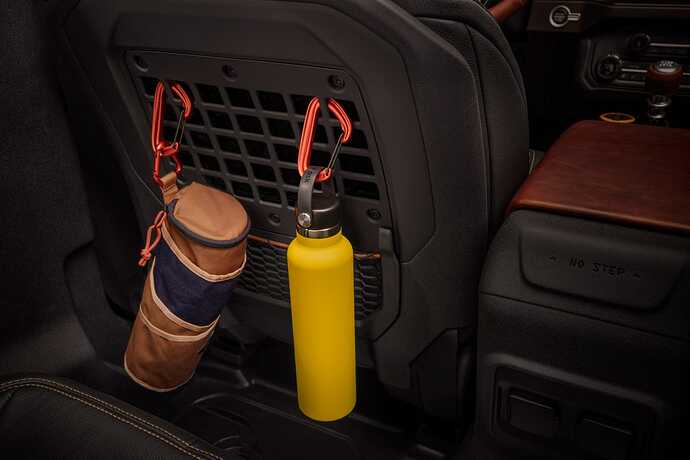 
I noticed a lot of comments that the doors come off but the side view mirrors are on the body (unlike jeeps). There is so much hype around this thing.


Also, there will be a “Bronco Sport” that doesn’t have the removable panels and looks less capable… more like the Escape? 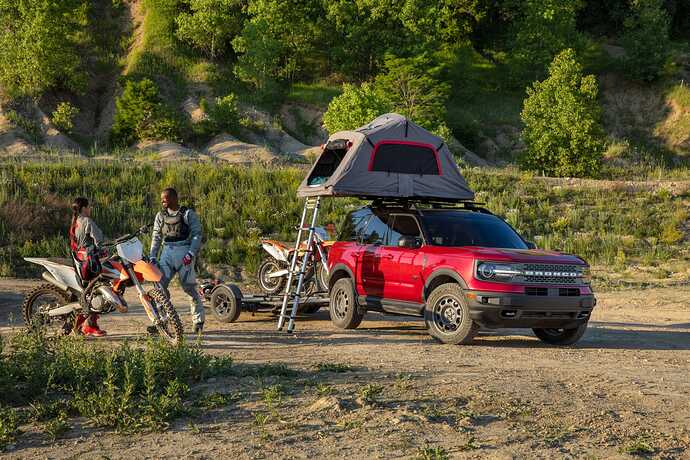 It also has some fun features: 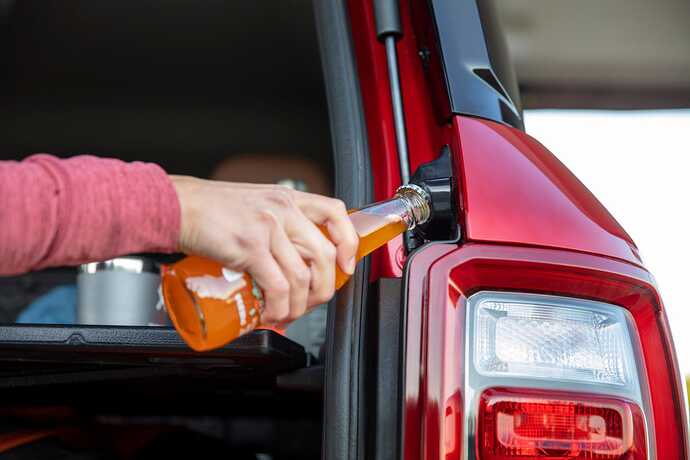 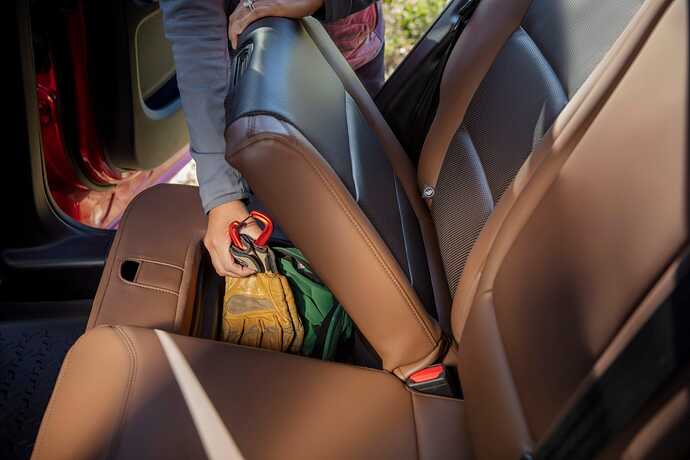 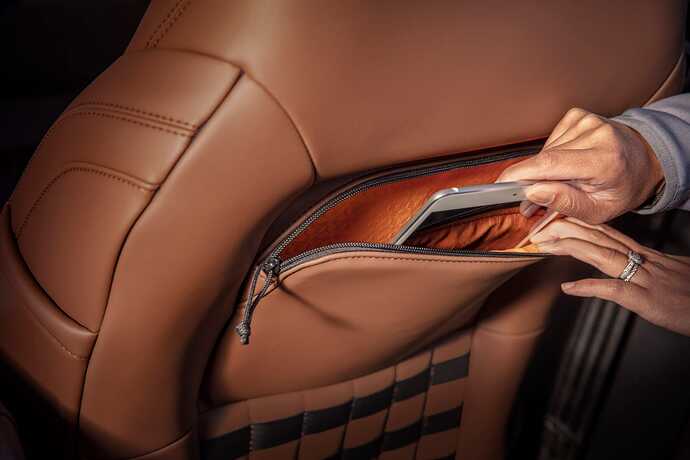 I’m definitely not a truck guy and I don’t know if I’ve ever been in a Ford, let alone driven one, but I really like this. Looks very well considered. Well detailed. Functional (though way too much use of carabiners and a bit gimmicky on some things). Not overdesigned. Different enough, yet not weird. Pulls from the heritage and some more contemporary styling cues… This is what the Land Rover Defender should have been.

Makes me happy at least that maybe some car designers/execs might see this and realize not everything has to be overly aggressive and look like it’s a Decepticon trying to kill you.

Yeah! Great CMF work, family-friendly yet tough enough for a 4x4, inspired by smart consumer product design without looking like a fridge. A few things remind of yacht design which brings more dynamism to the form. Sports edition works as well. Some of the angular details bring the 80s concepts vibe back in a really fresh, good way. All I’m missing is the solar roof and the rear is too much a Clubman Cooper. But I love this one. Great mix of retro, evolution, and revolution.

My first thought was, “Oh, you could make a Land Rover Defender like this!”. It also reminds me a little of the Honda Element in the rugged but functional interior details and the Xterra in the rugged looks. I’m curious to see some reviews. What’s the NVH like? Wind noise? How is the suspension on the road? They made a desirable SUV, but is it a good all rounder. I think that will make the difference between a fad and a long term hit.

Big props to Ford though. I wish I could have worked on this!

The Jeep is god awful on the road, people seem to love it regardless. We rented one on our honeymoon I was appalled how bad it drove. I expect the NVH from giant off-road tires and tons of heavy duty drivetrain losses to make it awful, but it looks cool, so off to the beach!

That’s why ask Mike. Did they make a Wrangler competitor or something more. Great design though. Hard to imagine how anything this extreme made it all the way through management to production. Maybe Ford is better run than we imagine?

I didn’t have high hopes after the abomination that is the Mach-E, but all I can say to this is yes.
It’s like Ford actually listened to enthusiasts and told the design team to let their hair down. One of the best ‘retro’ modern vehicles to release for decades. The sport version looks like an escape on roids, a bit sad looking compared to the regular.
Looking at the new Defender vs this, Land Rover’s team really didn’t do the Defender justice.
I guess this makes two new Fords I love; GT and Bronco (non-sport).

Two years ago I made the sad decision to let go of my Honda Element, which had been my adventure-mobile for nearly 10 years. Sadly there wasn’t a car on the market that came anywhere close to its awesomely rugged and utilitarian interior, so I went about building a camper van instead. From what I’ve seen of the Bronco it’s exactly what I would have wanted - so much so that if I need something a little more traditional than the van this is where I’m going. Well done Ford.

Reminds me somehow of the Suzuki Jimny, which I also quite liked at the reveal. 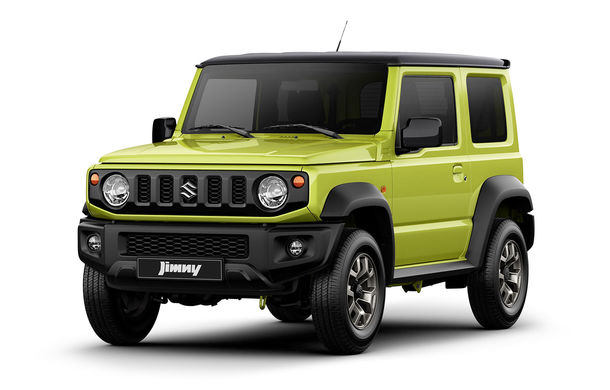 There are even Bronco Kits for the Suzuki…

I think what Ford does well is putting a lot of depth in the product. To me the retro-look promises a lot of fun and freedom, and the designed features seem to deliver on this promise. Delivering on the promise is important but sometimes difficult due to project constraints. So refreshing to see the design team pulled this off.

In regards to the Defender, in my opinion the sleek looks don’t match the expected product performance. The looks are too premium for the segment and also a too easy to scratch/dent.

The Bronco’s proportions make it fun and cute, but at the same time the volumes look strong and rugged. For me it attracts me in a way the RC-cars did when I was 10-ish. I just want to drive it and show of to my friends ^^

Want the four door. Considering trading in Raptor. The tires and stance look awesome. CMF is dialed in, fresh yet retro inspired. A little gadgety though, all that stuff cracks and breaks eventually.

I understand why they needed to do it, but I really wish they would have done the Sport as an Explorer, or something else. Keep the Bronco with the 2-door/4-door options and call it good.

remember the Toyota FJ anyone?

remember the Toyota FJ anyone?

Yes! I think a lot of what’s working in the Bronco has been influenced by the successes in the FJ design. Always happy when these passion-project concept cars make it through to production. Just hope this one sells well enough to stick around for a while. I feel like the Honda Element and Toyota 86 were successful in this same regard.

I think they both try to out jeep the jeep. corp’s always feel they must provide direct competition in the market
makes me think back to the dodge viper trying to compete against corvette. what makes a jeep consumer change brands to bronco?

I grew up around a Bronco II… so this one hit a pretty solid nostalgia button. I think they knocked it out of the park.

I grew up around a Bronco II… so this one hit a pretty solid nostalgia button. I think they knocked it out of the park.

Why is it called the Area 51? Looks cool though. “dark teal”

Not the slightest clue.

Makes me happy at least that maybe some car designers/execs might see this and realize not everything has to be overly aggressive and look like it’s a Decepticon trying to kill you.

Hackett wasn’t flustered. Because he’d been there already. When he served as CEO of office-space designer Steelcase, starting in 1994 when he was just 39, he encountered similar skepticism. But he didn’t just win over critics; by investing in California-based design firm IDEO in 1996, Hackett reinvented Steelcase to focus on innovative, “human-centric” design and a process known as “design thinking.”

Looks like we may need to dust of and revisit the Design Thinking books, perhaps this is the decade it actually makes real C-level impact?