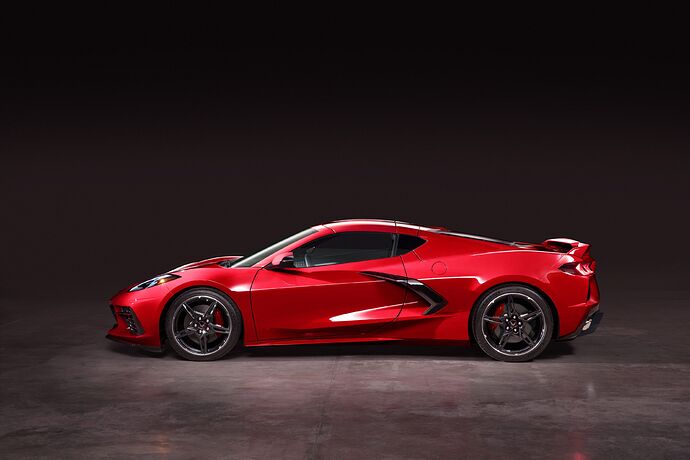 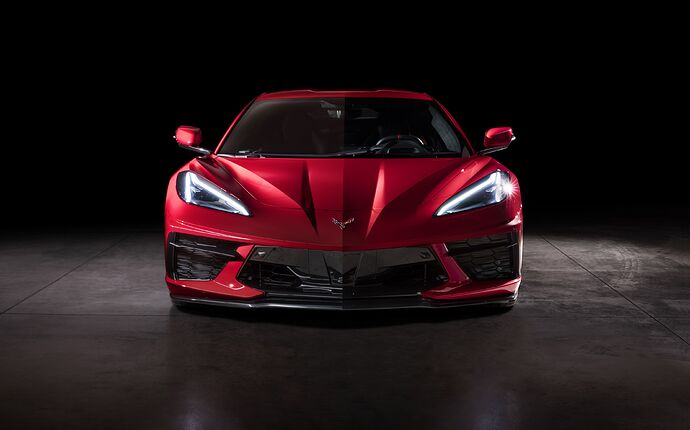 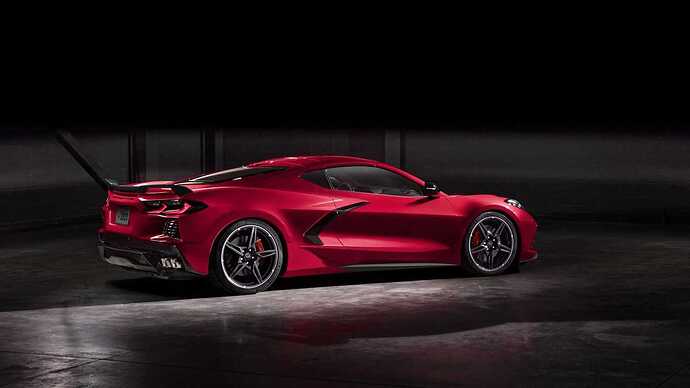 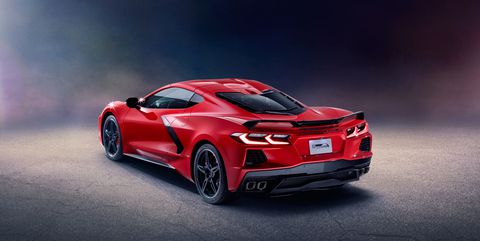 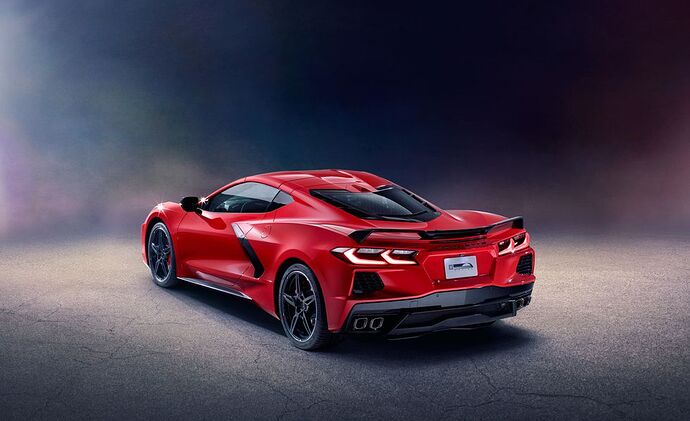 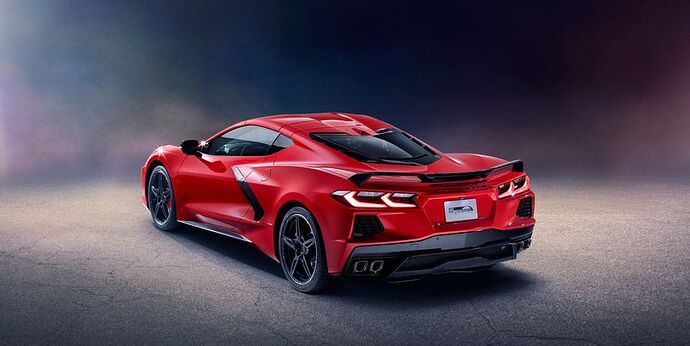 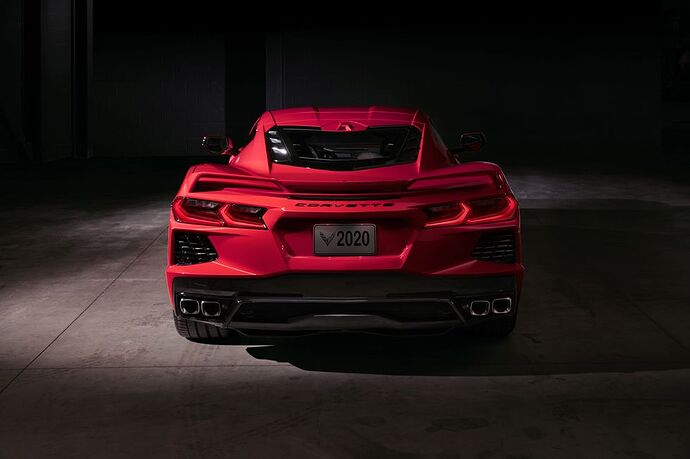 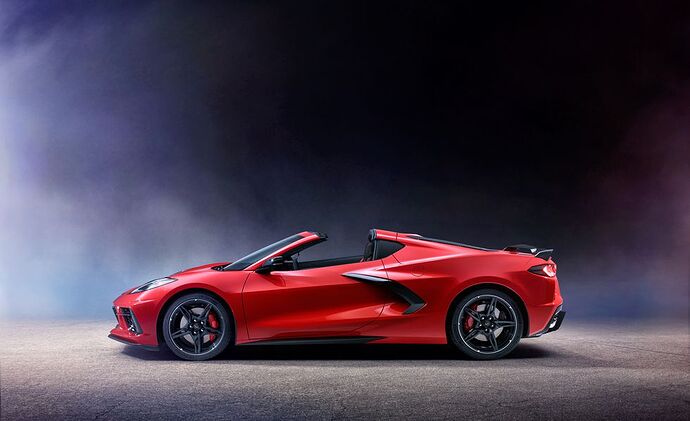 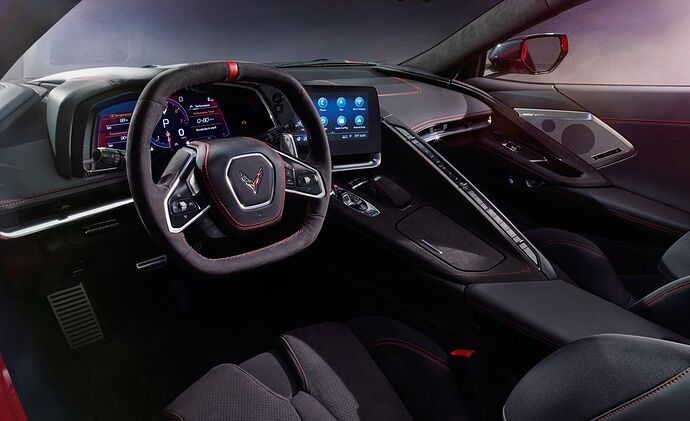 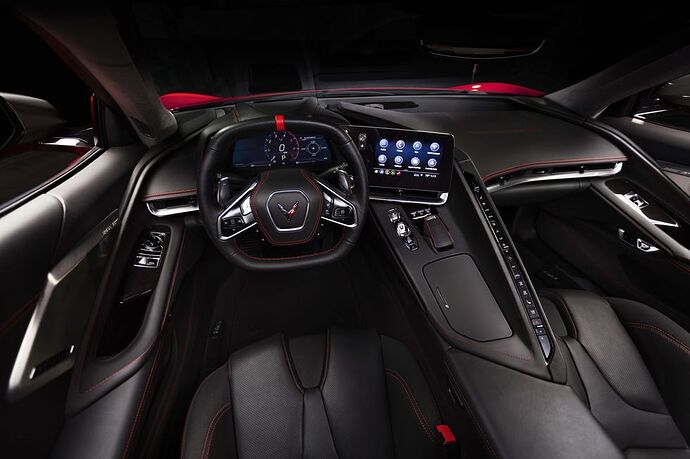 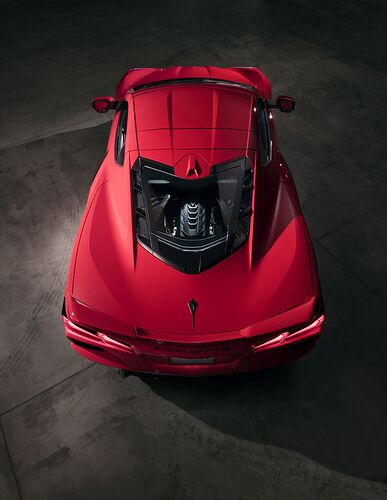 The rear end is atrocious, while the front end is an evolution of the C7- not great, not horrible.
As a whole, it’s decent. Once you include the performance numbers into the equation, nothing even comes close for the money. 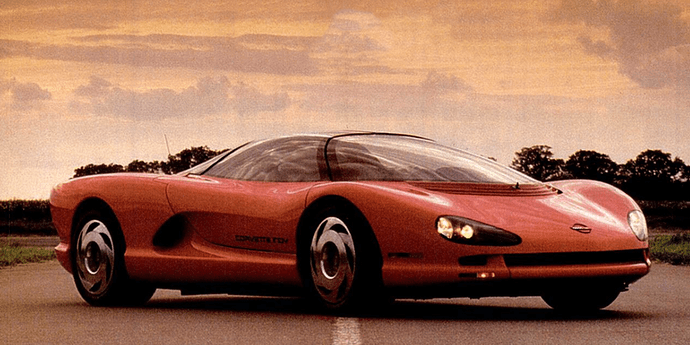 also, this long row of buttons? 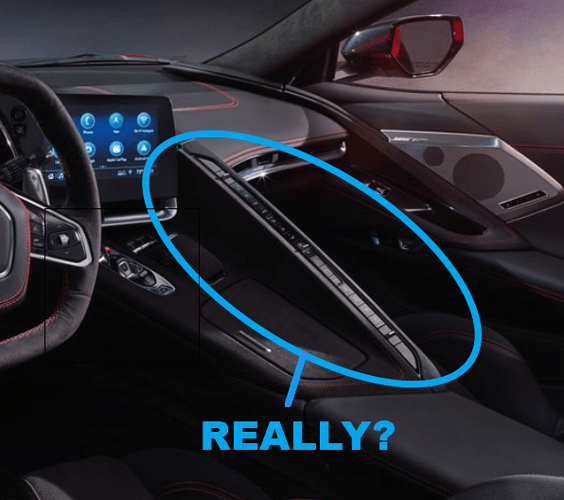 I saw a 70s era Stingray just the other day. Gorgeous and sculptural. The long hood and proportions are definitely what make it a Corvette. European sexiness with a bit American exuberance. Peak 'Murica!

Back to Richard and D2Lo’s points, I do think that just because we can do crazy surfacing means we should do it. I think we’ve reached peak insane surfacing with this car, which might be appropriate when you think about it.

As for 'vette, I’m kinda surprised they didn’t make a more user-friendly mid-engined car. I doubt the performance will set new records, so why not make the mid-engine GT car. Now they just made an NSX / Supra thing that will (likely) fade away.

I should be thankful American car companies are investing money into things like this, I really should - but as a former Corvette owner I’m let down.

Too many tiny surfaces on surfaces, there are a few angles where I think “yeah I can like this” and then I see the back and it just feels so smashed together and oversculpted that I throw up in my mouth a little. Theres one shot of the front bumper where theres about 30 surface just on the front license plate filler that makes me ask “why does a black piece of plastic need so many creases?”.

Everything sucks and I’m just bitter. I’m sure it will look better in the flesh and will make a cool noise and go super fast. Maybe a mid-life kicker with a little restraint will be the sweet spot. 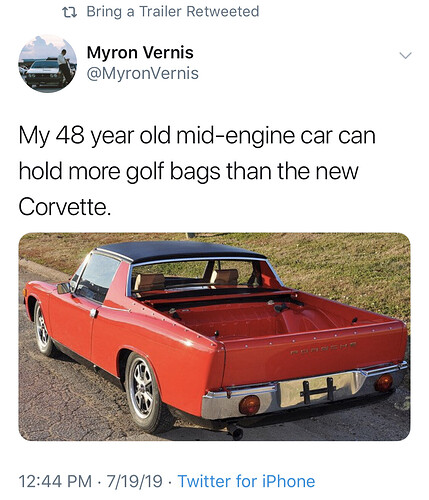 There’s so many hard reflections that I’m struggling to focus on any one area of the car. Someone went overboard with the angular special sauce.

This one hurts my eyes less. Not sure how I feel about it.

A couple of positive things about it; the proportions look really good with tight over hangs, tapered ends in top view, very tight wheel gaps, and very little meat over the front wheels. It looks like engineering really pushed things to get a real American super car.

Things I wish for in the next one:

Also, the price is pretty amazing. Keep that part!

I guess it’s the angle, but actually looks much better in that pic above posted by AndyMc. Less stubby in proportion. Somehow less going on in details and surfaces. Maybe it’s one of those you gotta see in real life?

I think all the surfacing is just washed out by the lighting in that photo so you don’t see all the Voltron fractals.

here are some daylight shots. I do think the proportions will make it look really nice in person. Just wish it had less. The rear plate recess for example just seems way to emphasized with so many surfaces around it.

In these shots though you can see how nicely the back end tapers. Notice in some of the more side focused rear 3/4 the tail lamp furthest from the camera really starts to disappear. This means the corners will be quite chamfered in top view which always looks really nice, where as the last 3 vettes (and cameros) have had these very blocky rear ends with no taper. Unfortunantle they made it so the owner could fit a full sized set of golf clubs in the back behind the engine… if they didn’t do that I think it would have been tighter looking. 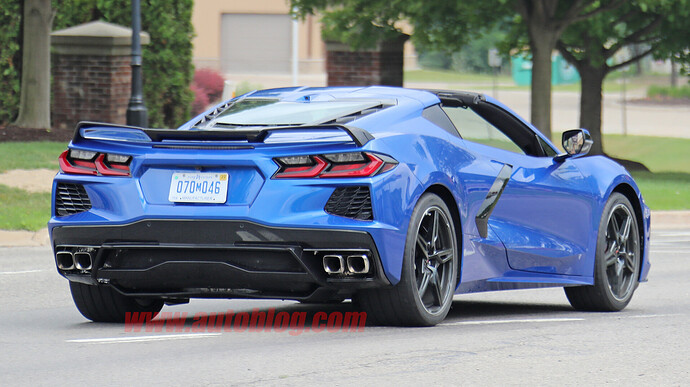 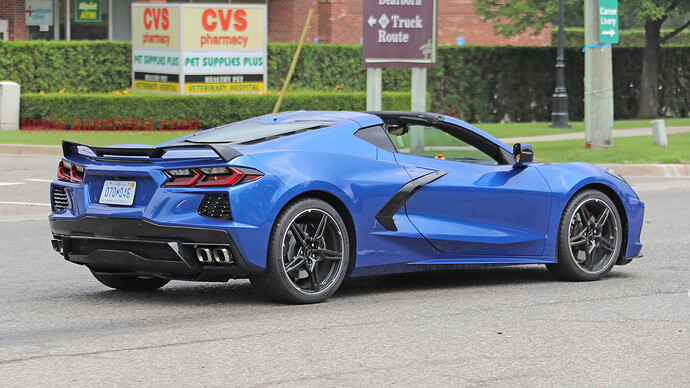 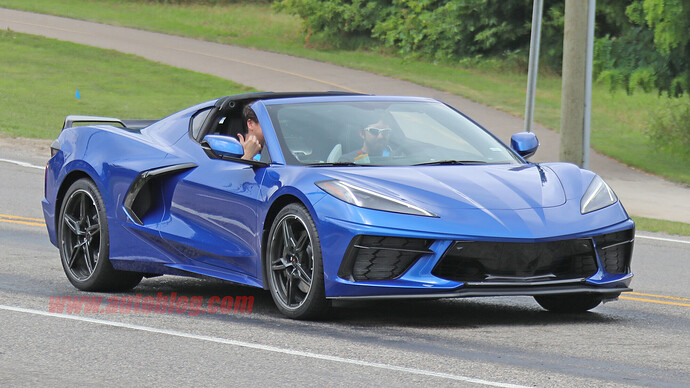 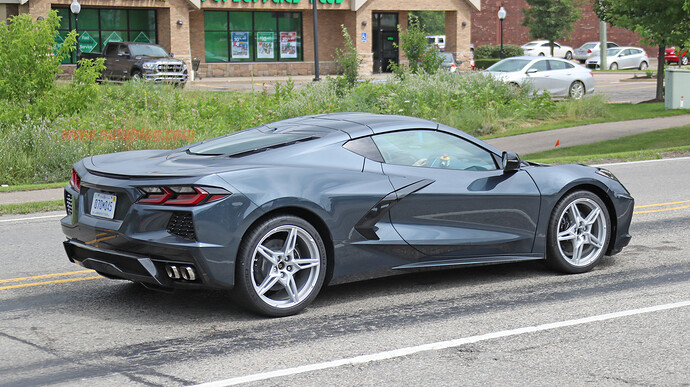 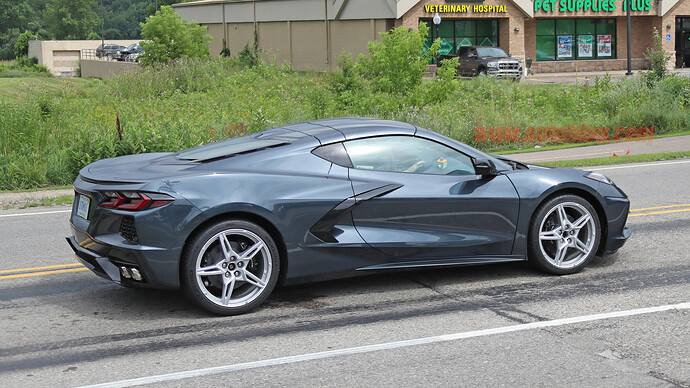 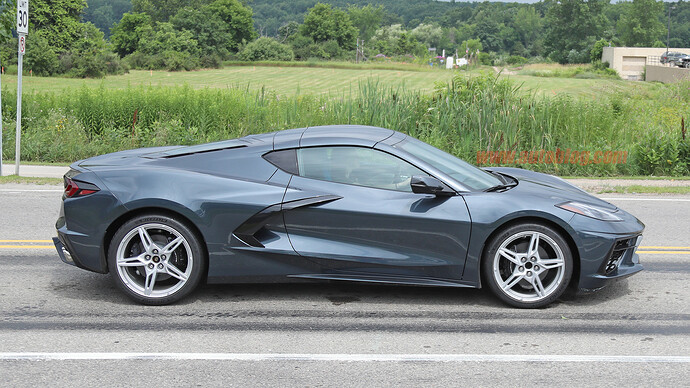 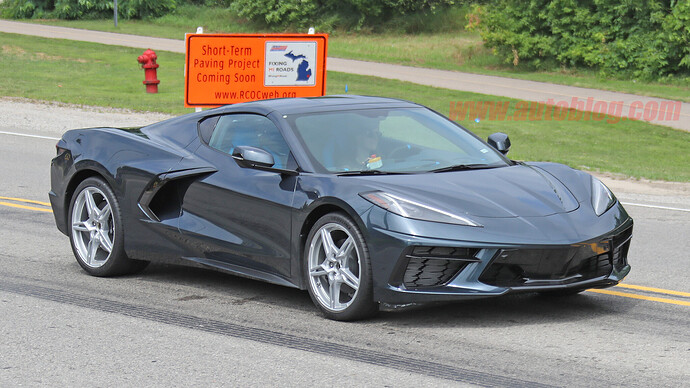 Looks more gross in those pics. And Camaro rear. Which isn’t good.

Still. Tho. Not. Corvette.

Also, the price is pretty amazing. Keep that part!

The daylight shots are meh in my opinion. I actually like the proportions and lines of the front, side profile and the roofline, but the transition into the air intake and the entire rear are a mess.

Is fitting golf clubs into the back an important nostalgic feature?

It’s better than the supra.
Not my style preference but at least it looks consistent front and rear and in proportion and I reckon people will enjoy the driving difference with it being a mid engine. That centre column of buttons is a unique but bizarre choice. That has to be the single worst way to organise buttons.

A big question someone raised is “Why is the torque tunnel so freaking big when theres no driveshaft/shift linkage/exhaust” - it looks like they made a conscious decision in order to keep the door sills from being gigantic and awkward to get into (which would detract your average 65 year old Florida buyer compared to a Lotus or McLaren driver) so they reinforced the chassis through the center spine rather than the door sills. I still don’t think they needed the flying row of buttons, but that explains a bit about why that area is so high and thick compared to other MR cars. 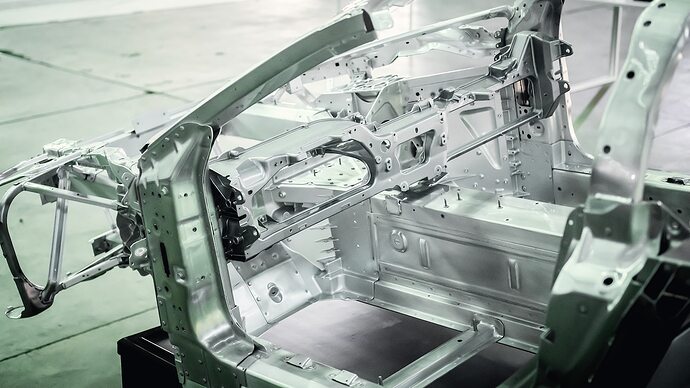 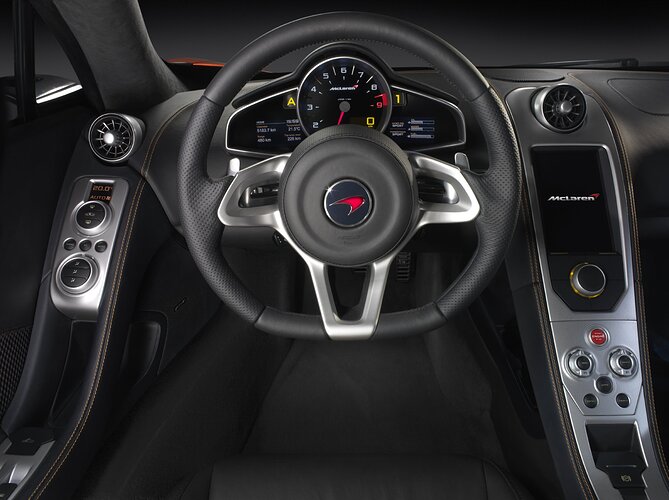