Thoughts from the community on the newly debuted Chrysler?

So is this car worthy of the tagline “Imported from Detroit” ?

It looks imported from Seoul, but that’s not such a bad thing anymore. The weird crease on the rear fender reminds me of something, but I can’t remember. Citroen? Hyundai? Another Chrysler? Hmmm…

I would never buy one, but it looks like a much more enjoyable rental car than the previous Sebrin…200 was.

I see some of the Hyundai and even Tesla cues influencing it, and the interior looks a whole revolution better.

It’s good Chrysler’s started to take design seriously since the bankruptcy, hopefully it helps. I’ve actually been checking out the new Jeep Cherokee for my wife, despite the Aztek like exterior influences it seems to be a rather nicely built and equipped piece of kit for the money.

Reminds me of the new Dart.

Reminds me of the new Dart.

I seem to a variation of the VW CC when i see the side profile. Same sweeping roof line. 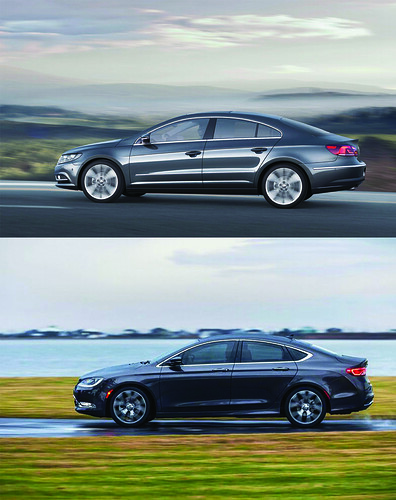 Good eye Traftos. Something about the rear glass meeting the trunk that makes me uncomfortable.

Tough crowd. This is a huge step forward from where it was. This is a competitive design.

The arcing profile is the new standard in the category I think. Passat cc started it (actually the CLS did) but the new Fusion, Sonota, Kia, and a few other have adopted it which is a good thing. It is pretty. I think more designers should be focused on making something that looks good vs different. The Lexus, Infinity, and Nissan designs are different, but ugly. Different is short lived. Beautiful lasts.

Glad to see people with strong opinions in this thread. As for me, I like the look both inside and out, but in the end I imagine it will become forgettable like a lot of cars these days. Although, off the top of my head I cannot think of too many truly beautiful modern mainstream cars that one might see several times a day, but maybe that is just the consequence of too much of a good thing. I can think of really nice details on cars (volvo/audi taillights for me) that I imagine will age well.


@Yo, I agree that companies like Lexus have gone the “different/weird route” to evolve beyond their current stale image, but I do believe that “ugly” can have a lasting effect whether it be good or bad. Do you think the outlandish Lexus LFA is an ugly car? Something only a mother could love?

I also imagine that something so subjectively ugly like the Pontiac Aztek or Fiat Multipla will be forever ingrained in our minds and hearts. Beauty lasts so maybe Ugly scars?

Chrysler is getting back into the game, but are they stepping it up?

Do you still remember what a shock the original set of Cab forward
cars was to the market? And hugely successful!

This new 200 has some roots in those early 90ies cars and the interior has come
back to more than “nice” for this class of car. But will it be enough?

The blown up FIAT chassis shows in the proportions. The front overhang
needed to put a V6 into that compact car created really a challenge for the design
team, which they solved nicely. 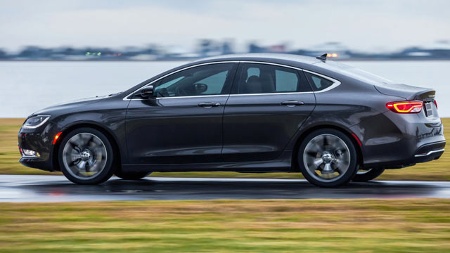 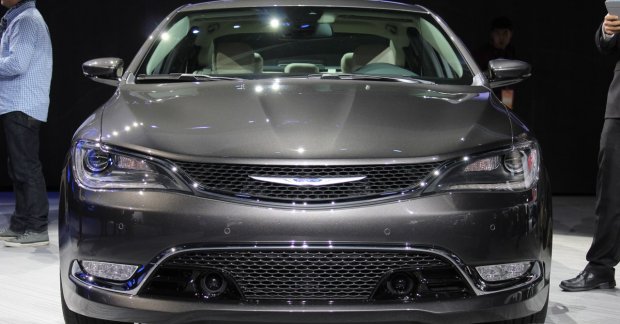 Chrysler today launched the 2015 Chrysler 200, an all-new product, at the ongoing Detroit Auto Show at a starting price of 21,700 US Dollars.

The blurry press pics out of a rainy Detroit do not flatter the design. This white “200S” looks positively hot.
For 25K with AWD and paddle shifted nine speed I’d bee all over it!

The new Chrysler 200 surely is a better product than what they had for a long time and taking out
Iacocca and Lutz’s pensions obviously helped to a very competitive pricing.

You already paid for it with your tax dollar, so enjoy it!

Can’t believe this thing has a V6. Wow! AWD … 9 speed? I thought you were joking. Fiat is pulling out the stops to impress. Desperation can often lead to great cars…

Another thing about yo’s comments: I completely agree about the ugly v. beautiful debate. I looked at the Acura TSX and TL recently. I’m not in love with the styling, but I threw up a little at the new one that is presented at Detroit. 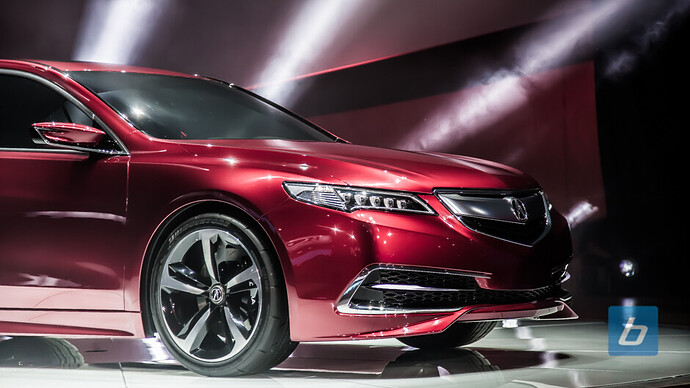 There’s a great article on Jalopnik about the death of Acura and how they released a 2006 IS350 with their badge on it.

I’m not a big side panel crease guy but the parallel fading sides creases is nice. Back could be a bit more unique, but a pretty handsome care. Nice job Chrysler. Front face is a nice balance of fresh and traditional.

Is it bad that I really like the new Acura TLX? I suppose it’s because they’ve made such ugly cars in the past 6 years that when they took a step back I liked it. The front end cues on that are almost identical to the '08 TL-S I had, which I loved. Just some more bling around the grille and the “Buck tooth” lower grille that BMW and a bunch of others are doing on their front ends now.

Hm, basically looks like any other car to me but I’m sure it’s a step forward for them.
But I may have a strange taste in cars, I like them to look more like consumer products or appliances, very simple and minimal. It’s just a product with wheels to me.

The side creases work to add a luxury appearance, but the surfacing behind the rear wheel looks overdone, although it probably does work to make the rear appear less massive.
The grille and headlights on the first photo look too droopy, but from the angle on the picture with the white one it does work.
A nice touch is the turn signal indicator light on the front wheel arch, that’s the first time I see it implemented like this.

In the photo I posted of the Acura it doesn’t look too nasty, but in some other ones it looks so pointy. It kinda reminds me of Mercedes attempts at melding the F1 front nose into their sportscars. It mixes like oil and water.

Article I referenced earlier re: Acura

This was originally going to be a piece in which I congratulated Acura for inventing a 2006 Lexus IS350 with their grille on it, a vehicle they refer to as the TLX Concept. But I won't do that. There's no point in poking fun of Acura anymore.

Yeah, I read that and I can see how the designers inside must be feeling. They came out with their often hated pointy beak/shield design language in 2009 and tried rolling that across all their models.

Almost everyone hated it, so they slowly backed off making designs even more conservative and sitting those conservative designs on top of dated platforms. While everyone else in the luxury space are upping the ante in terms of performance and efficiency (just take a look at Merc with their ludicrous 355hp FWD 4 banger which still returns 31mpg) Acura is still sitting on engines that are virtually untouched for over 7+ years now.

It’s a shame too…I absolutely loved my TL, sporty, bullet proof reliable, nicely styled (for 2007), great interior. But Acura seems to have decided the race was over and stood still while everyone else blew past them which is a real shame (and goes for Honda and most of the Japanese marques too).

That old TL still looks good. I always felt like it gave the impression that it was machined out of a solid block. It felt strong and technical but not in a German way. I think there is more design DNA to be mined there for them.