Not sure what to make of this yet. At least it’s not boring: 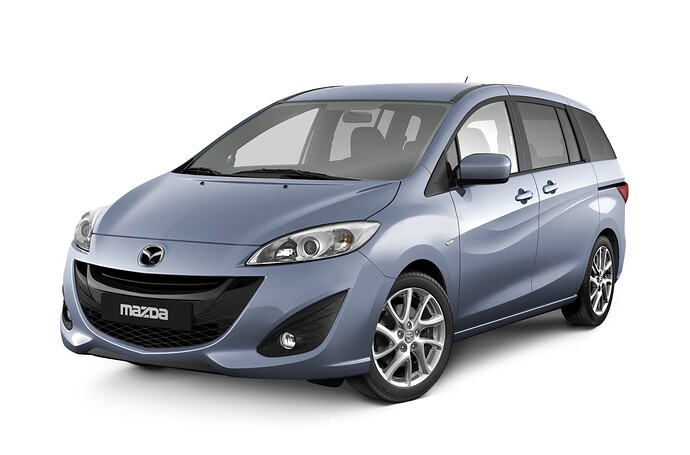 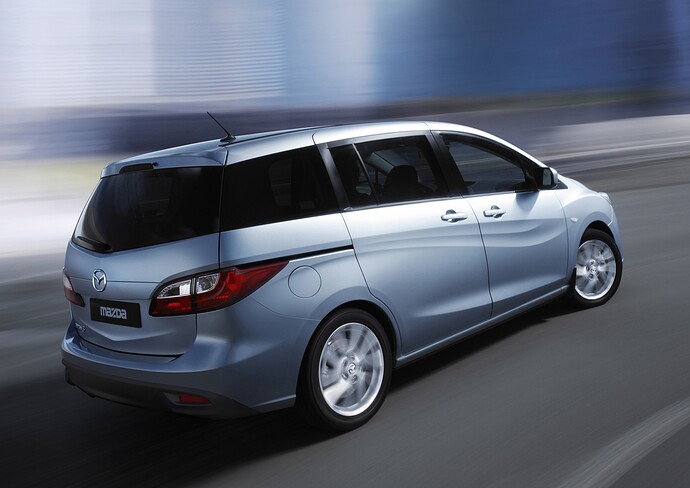 
so…what’s the deal with the weird wavy lines on the side? Seems like something that probably looked cooler in the concept sketches.

Wow, its an interesting surface transition just behind the front wheelhousing. Must have been a bit of a pain in the buttocks to model.

I really liked the things mazda created the last 2-3 years.
But this makes me think of those asian carneval dragons. Doesnt really flow with anything on the car.


Ninjaedit:
To me its starting to look really fake, like very photoshopped.

Yeah, aside from those extra crease lines, I think it looks pretty good. The roofline is pretty dramatic. The rear taillights flow nicely into door sliding groove and that flows right into the main belt line, then there’s that slight point at the middle of the rear glass. I also like how the front “brake vent” flows into the front wheel arch. But then the “V” under the license plate is kind of just sitting there all lonely.

The front end looks almost exactly like the new Mazda 3’s. depending on the grill that gets put on it it can either look nice or hideous.

They need to pick a side surface transition, instead of having two combined ones - either the straight one, or the curvy one. I don’t mind the front, as I like the new Mazda 3 front and the old Mazda 5.

I wish they wouldn’t have gotten rid of the back vertical tail lights - although the new design looks nice, it also looks less unique and more like the taillights of every other minivan.

I agree with Cameron, I think the last one was a bit more iconic in a weird way. This feels more like a Toyota minivan with some great sculpting, but maybe it really reads in person. One thing I always likes about the 5 was it was a lot smaller scale than other mini vans, I hope this stays true to that. It was like the urbanite mini-van.

I do really like the lines on the outer sides of the hood, a la new nissan maxima, which i love.

i also agree that the swoopy side lines do not go well with the straight one. i do really like how the swoopy lines flow from the front fender.

front fascia i really like as well, mainly how the bottom splitters transition to the fenders. but again i just dont like it on this type of vehicle. mazda 3’s mouth is too big for my taste, think this one at least appears a little smaller.

I would love to see a “making of” about this one. Conventional wisdom says you can’t bend
sheetmetal like that. How thick is the outer metal? What kind of press are they using??

Lots of questions pop to mind. I don’t fancy the result, but would love to know more
about the process. If someone sees an article in an engineering magazine or else, pleaze
link it here.

I just read that Toyota will be launching a more performance version of the next Sienna complete with 19"rims… it doesn’t look half bad (for a minivan!)… now if Honda would make this 2009 Skydeck concept the next Odyssey, that would be something! 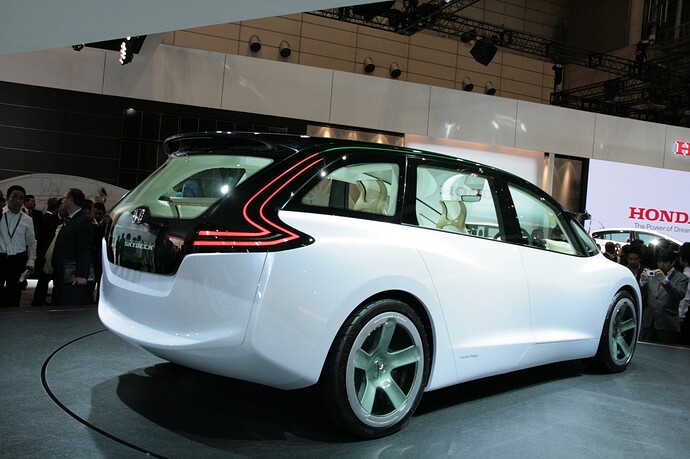 I’d love to see what a luxury mini-van would look like. 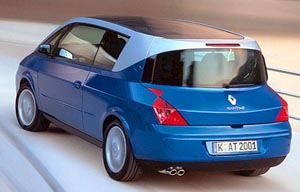 I think I know where the strange body lines came from.

There were a few concept cars that had the weird surfacing on them. It looks great on a low sportscar, much weirder on a minivan.

I just read that Toyota will be launching a more performance version of the next Sienna complete with 19"rims… it doesn’t look half bad (for a minivan!)… now if Honda would make this 2009 Skydeck concept the next Odyssey, that would be something!

That’s how a mini-van/Grand Tourer should look. I’d love to drive that. But, the “tall-car” is tough to pull off in my opinion. Mercedes tried it with the R-class, Cadillac tried it with the SRX, and I’m sure there are others. It’s tough to look right proportionally, I think. But the Skydeck looks like they’ve got it pretty close. Nice work Honda. I’d dig a Siena with 19’s, too if the van itself weren’t so hideous.

I presume the dedicated auto-heads out there are already familiar with this Renault minvan pic i posted, but just in case our friends over the pond missed it - here’s a documenting gallery of pics. http://www.avantime-gallery.org

I did do a keyword search on core for this vehichle but nothing turned up, so i thought it worth mentioning in a thread of controversial mini-van styling. I just read that only 8500 Avantime’s were made , so i guess it wasn’t the smartest commercial move … Gotta tip my hat to Renault for daring to produce something like this though!

Actually I think the top gear boys also featured it on their show a few years back, so maybe you guys are already aware of the Avantime. 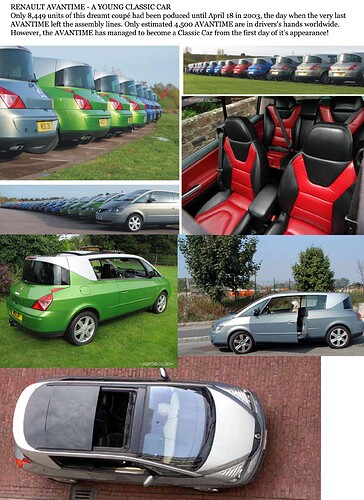 Always loved that rid. Didn’t know you could get it with the contrast roof.