Autoblog has a great recap of debuts so far: 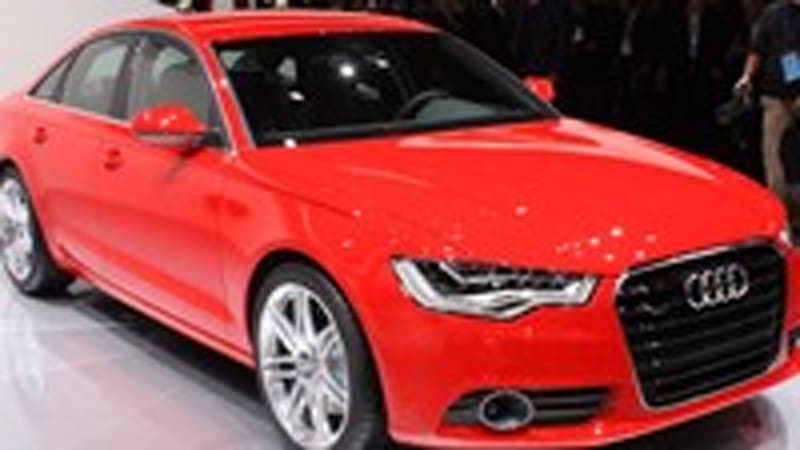 I’ll post my specific thoughts a bit later, but my initial impression is that there is nothing breaking any new ground, and I’m surprised. I feel like we are seeing a bunch of cars that have more to do with the recession of last year than with the hopes of next year.

Having said that, I like the more realistic 918 race car. I hope that Porsche makes that!

I was digging the Ford Vertrek and the Hyundai Veloster. The Veloster is kind of a mess, but at the same time it has way more character than anything out there and a pretty slick tech package. It takes balls to take the surface treatment from an Aston Martin One-77 and put it on a 15k Korean coupe!

I was going through these with my wife last night and she liked the Veloster right off the bat. Porsche RSR is awesome.

The Ford Vertek kind of snuck up on me. I didn’t give it much of a look at first but there are some nice things going on. Stance and proportions are spot on. Definitely some Audi lines and shapes in there, but maybe a little '10 Korean flavor too. I like this direction.

The mini concept is a little bloated looking. Not sure I get it, but it does have some cheeky details, like the wrapped door pulls and gas cap leather tab.

I think there are some nice things going on in the Ford (the IP to side mirrors thing in the interior is pretty awesome) but as a whole it feels very expected.

It feels like a lot of these concepts where developed for the recession vs thinking 5 years out (unless they are thinking the recession will have effected people to be more conservative for the next 5-10 years).

I like that there are a lot of smaller vehicles, but I also don’t understand the over abundance of small CUVs… the Mini really stands out to me as not needed. I get the crossman, and it comes off pretty well in person, but this guy seems like a flier.

I can’t get away for industry preview day

But I might run up next weekend and check out the show. (I’ll be in Royal Oak if anybody wants to grab a drink).

It seems like Mini is really lost where to go next. I actually like the new Mini Countryman. The coupe, convertible and this new one make no sense. I guess that’s what happens when you move the bar so high.

No this is what happens when a species has filled its niche and growths overboard.

I dunno, from I’ve seen I like the new mini Paceman concept. To me, more appropriate than the Clubman and at least as good if not better than the Countryman. I think it is a good fit for the brand and target market that is looking for a stylish, sporty ride and something different. Design-wise I think it’s not bad though a bit bloated, but can see it doing well. It really stands out to me as pretty unique in the market. What could it be compared to? Not really a coupe, not really a CUV, I like.

Also, just happened to get the latest BMW newsletter which featured the Scooter E concept. Not bad. maybe this is the kind of thing the mini designers do in the off time? 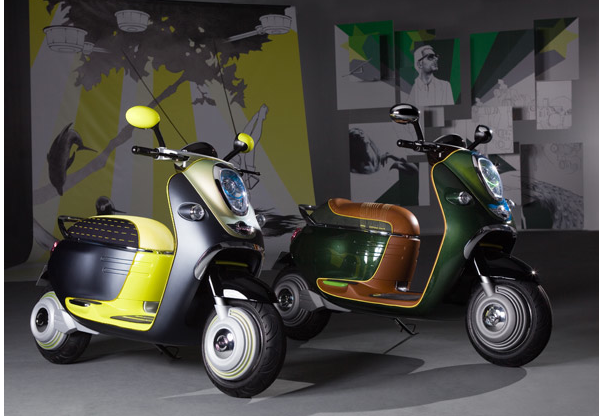 You mean those scooters aren’t in the Mini Collection? When I first looked at those, that’s immediately what I thought of.

Yes, they are Mini scooters.

I think I need to see all the minis and maybe this concept all side by side. I can’t get a sense of its scale. It’s more interesting if it’s near CUV size, because it still looks pretty small. 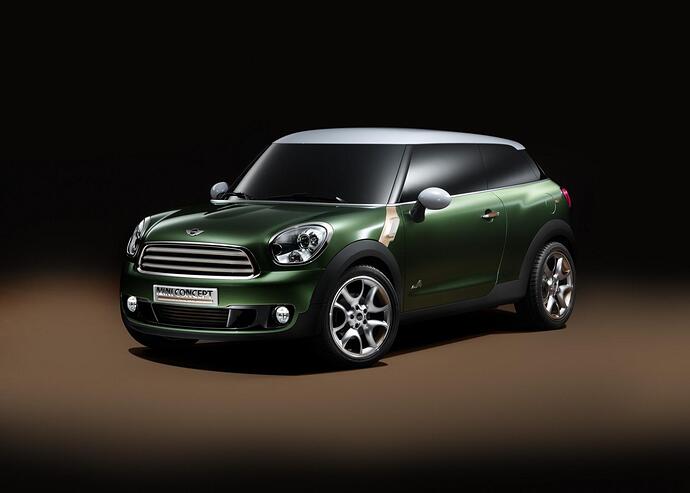 I just don’t understand what the designers are doing here. Why have the headlights gone more square? Why that big fender flair? Why the more upright grille? It just feels like they got bored drawing that original clean and simple Mini look.

Im not a fan of the almost seamless transition from the windows to the rooftop. It gets a bit too fluent compared to the rest of the splitlines and details. But i suspect that im the only one that thinks so

I that wood/leather on the doorhandles?

I do some work with Lexus Magazine and for those who missed the awesomeness that is the Detroit Auto Show a couple weeks ago here are few clips including a quick tour of the Lexus LS hybrid, CT 200h and some other videos.

not that the new mini has to be a slave to the original… but they are drifting away from l’essence d’ mini IMHO. This version got “mean” with the upright grill and menacing headlights, the muscular fenders take it farther down that road too.

I also think the smooshy transition to the roof is a bit foreign with the defined lines of the rest of the car.

All said, I’d take on tho

It’s time for something completely different; or at least back to basics. Maybe based on a variant of the new 1.6L, 160bhp, 6 cylinder motorcycle engine? The ultimate grin machine… 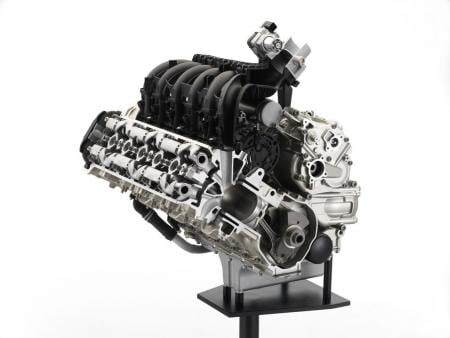 yo, just curious, what’s the prime mover for the open-wheeler project you and pook are doing?

the powerplant? I think Pook has a couple of options in mind.

BUT… I am working on another project that is moving forward very rapidly involving an Aston Martin V12!

the powerplant? I think Pook has a couple of options in mind.

BUT… I am working on another project that is moving forward very rapidly involving an Aston Martin V12!