Although I am not a fan, I am glad to see that they are moving away from traditional headlamp graphics.

All of a sudden the Audi Sportback looks downright radical!

Actually, if you take away the steering wheel, (which looks like it went through one design iteration before being finalized), I actually like the interior.

The exterior is so blah, the back end looks like a Hyundai. The poop brown color isn’t helping either.

You mean this is Nissan based?
*

The “turd” brown colour is not my biggest concern here:

Dissapointed in so many details from these images. And the current E-Class is by far my favorite Luxury car design…

So muscular and clean… Booo to the new design…

I never really liked any of the new benzes (though the new C class is pretty tight), and really feel MB has gone off course as Jag did the past 10 years or so. I can see where the lights on the previous and current E class come from though (see below, my old ride), but don’t think the modern interpretation works. I agree it looks very “korean interpretation of a luxe car”…

If anything, it would be interesting to see MB go back to building the tanks they used to, with more monolithic massing, ala Rolls/Bentley/Chrysler 300C…it might not work, esp. considering they are competing with the likes of that new Audi Sportback, but at least it would differentiating from the BMW/Hyuandi crowd…

PS. I agree the poo brown color sucks. They could have at least gone with the lighter “dirt” brown color as below (technically i think the color was called “greybrau” or something like that - grey-brown). It’s kinda odd but hides dirt like anything! 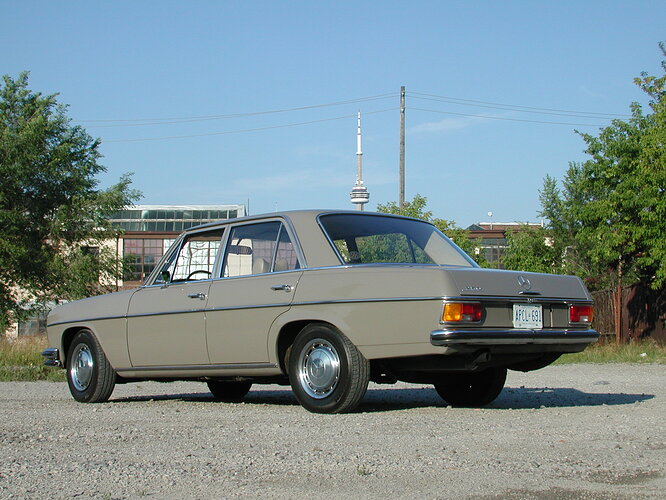 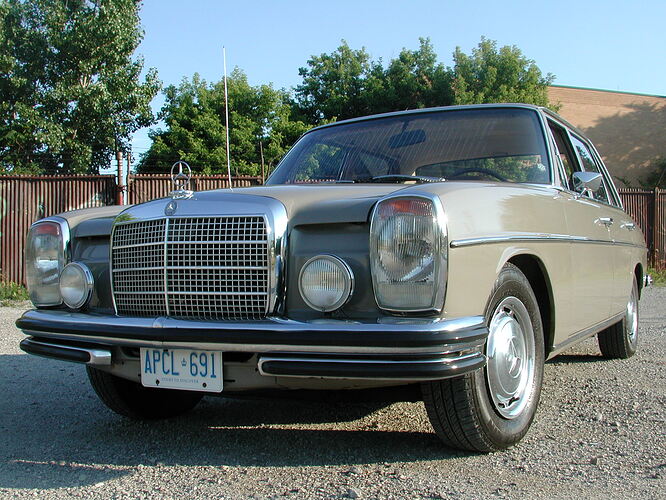 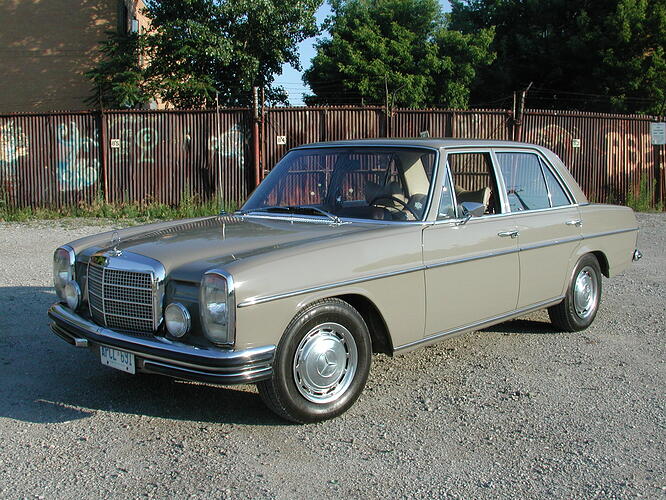 okey, you got me. I am envious.

As it is the sharpest W114 i ever saw. The additional lights
cover up one of the few weak spots and make it look wider.

The polished steel caps are unique. Your idea?

These things were so common in Germany, that I needed a long time
to recognize how nice they actually are.

The color is listed as “Araber Grau” or Arab Grey here: 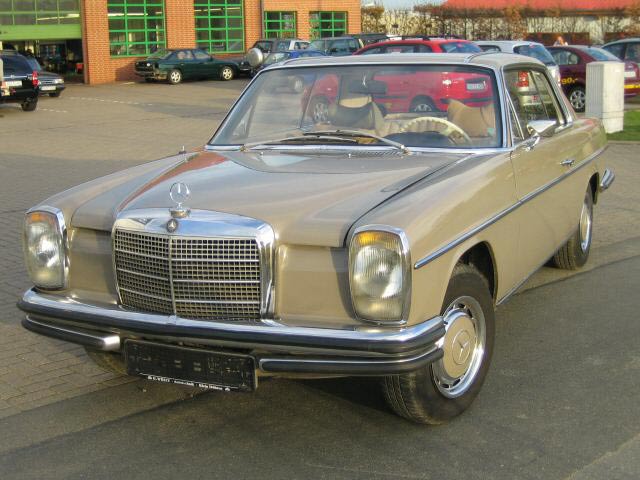 The back-end is definitely missing… attractiveness.

Major visual balance issues between the front and the back.

I think it visually feels like a step backwards. Considering this will be what MB will be selling through 2010, it is a bit of a disappointment. In the late 1990’s, the E Class really broke the mold with a more expressive, yet very MB design. This one feels very boxy.


I think cars like the Chrysler 300 influenced a lot of designers to go very boxy and slab sided, when boxiness has nothing to do with why that car is cool. That car is cool because of proportions. It could be totally round (like a Bentley) and still be awesome.

This design has gained some points with me because of engineering. The new E has a drag coefficient of .25, the same as a new Prius. That is stunning.