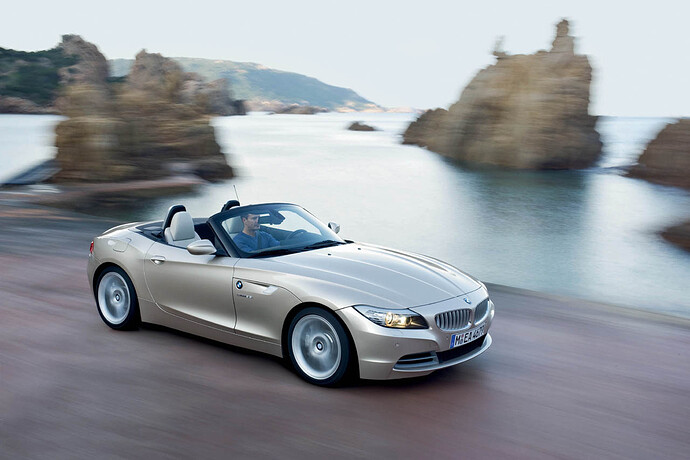 Am I the only one who thinks that new hood looks way too Chrysler-esque? Don’t like the new taillights either. And the snout seems like it’s been nudged even more into the “blunt force trauma” aesthetic range, tho that could just be the angle.

ruined it. It looks like a big z3 now. Definitely looks a lot more for the Boca Raton set now.

I like the trunk and the bumpers. The rest looks like a Chinese copycat of a 6 series convertible.

In the first one, the lines were different, but at least they made sense.

In the first one, the lines were different, but at least they made sense.

Yeah, what’s with the part line between the front wheel arch and the door?

Also the front looks more suited for a 7series, old one looked more aggressive. The lights/grill seen in sideprofile remind me of new Volvos, v50 I think.

I personally like this update. I always felt the previous model was too tadpole/ droopy eyed. None of the cut lines are as nice, but the face is more aggressive. I like it. I think the tail is a big improvement too. The old one looked so cramped and squeezed, where as this one feels wider and more stable.

Looking at it again, it’s not as bad, but I think it lost some of the character of the old one. I liked how the original resisted the typical “wide” and “fast” look and instead made something unique. I’d like to own the original car at some point. I’m thinking M4 coupe.

the hood is too busy. the front fenders look better than the last gen, but the fender vents look to be an afterthought.

yeah the hood could probably stand to lose a few of those 6 crease lines.

It’s like they switched the station from techno to smooth-jazz.

If I dive into form at some point it feels so
close to music. Which makes me select very
carefuly what I listen to in the studio, if I listen
to anything at all.

I can relate to the comparison above very well.

Now the Z4 is more focused on the old farts, who
will afford to drive one (given the new tin-fold-top)
The Techno Original was sharp, but too radical for
the tennis club ladies.

I`ll snap up a used one, if I ever find one without
either wood or extra wide rims…

It’s just a little too, safe. It’s just not as sexy as it should be.

I like the new one more. I like the headlight a lot better. Plus, the 2010 model is a hard top convertible, a nice feature.

I found this site: http://www.auto-a-holic.com/video-2010-bmw-z4-on-the-road/
The second video is a bit strange…

It’s like they switched the station from techno to smooth-jazz.

I thought the old one did not look that balanced.
Looking at the flowing bonnet surface. it did not work with the Sharp side lined. that looked even more sharp with that Z line with the BMW rondel.

The new one doe not have Z so the lines look better, crisper.
They also angled the doorhandel to flow with the side line.

the 6 bonnet lines may be a bit much but the 2 center ones flow over the roof to the rear.

Front lichts are 100% BMW but the rear lights say Mercedes to me.

Sigh. This is disappointing. The Z4 has been my favorite sports car for quite some time now. Got to ride in one back in the summer and it damn near made me pee my pants with its acceleration.

You looked at it and I imagined myself racing through a winding road with wind blowing through what hair is left on my head. 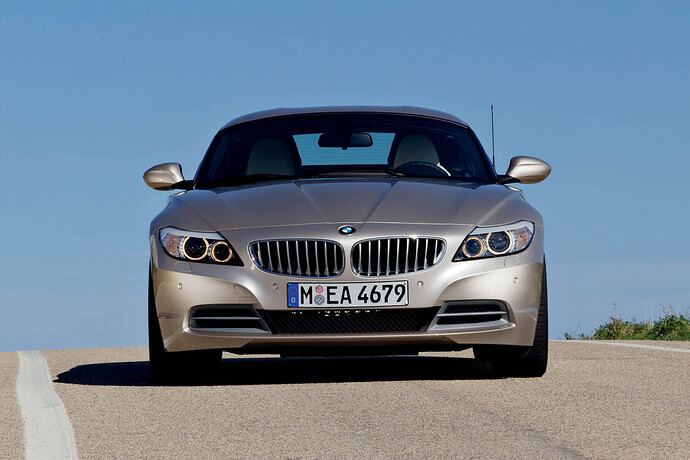 The smooth jazz comment is bang on. Its a cruiser now.

The official design sketches and photos from the design development process of the second generation BMW Z4 roadster model.

some sketches and clay stuff here. The form intentions are a little more clear in the sketches…especially around the headlight frown, then up and back on the hood. The original gesture of bringing the bottom of the door up over the wheel then across the top of the headlight was unique but a little awkward and din;t allow for that aggressive headlamp. which I like. Very curious to see this in person.

Wow… well clearly the damage was done by the sketches.
And just look at how groundbreaking those original z4 sketches were!

I’ve often felt that, that is part of the reason Michigan dose not use the front plate.