Just went to a preview unveiling event last night for the new 5 series. Very nice, though I am a bit conflicted as I think the outgoing model was one of the nicest one the road. And not 100% sure I like the new one better in all aspects. I does look newer, but there was just something so perfect about the old one from every angle…

The new one takes a lot of cues from the z4 (which I like), and is overall more aggressive and sporty. Apparently the new also drives amazing (haven’t done the test drive yet). Interior was certainly very nice and of course overall quality and detailing amazing.

below is a pic of the hybrid, but I it is the same styling as the normal 5. Ignore those fugly wheels though. 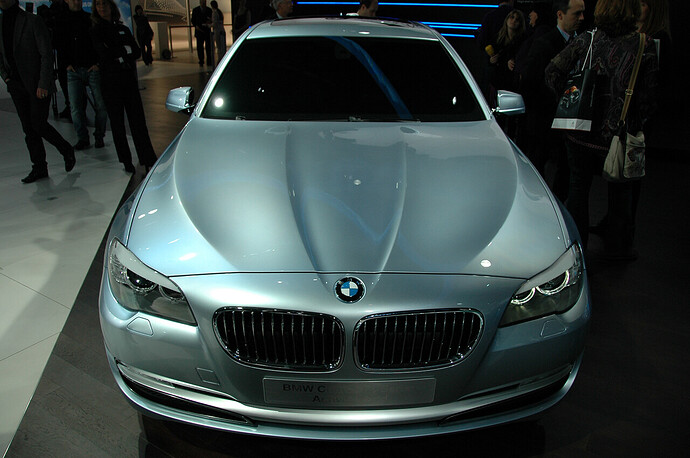 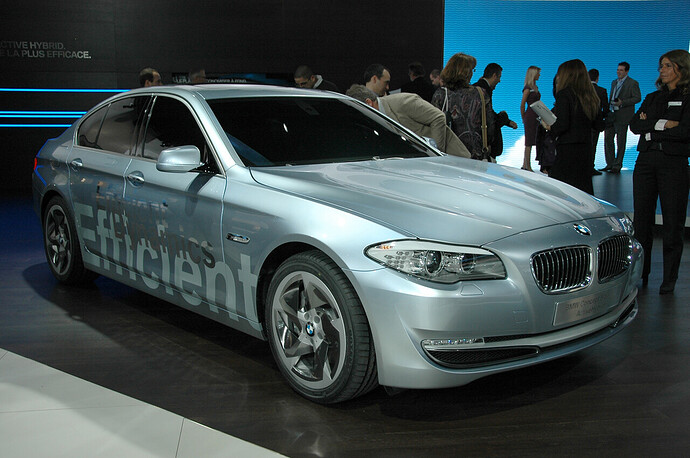 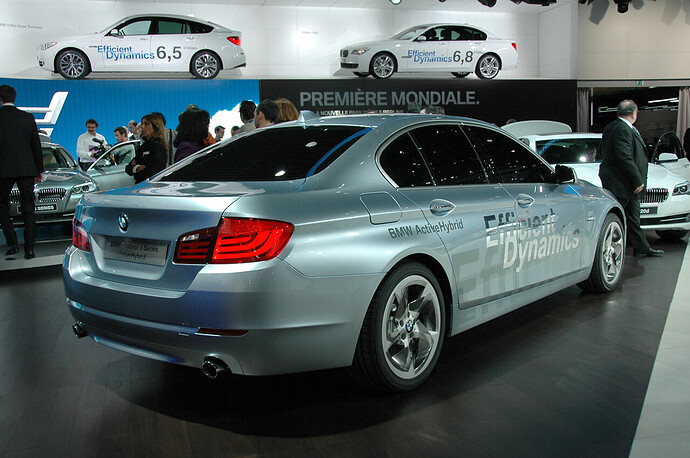 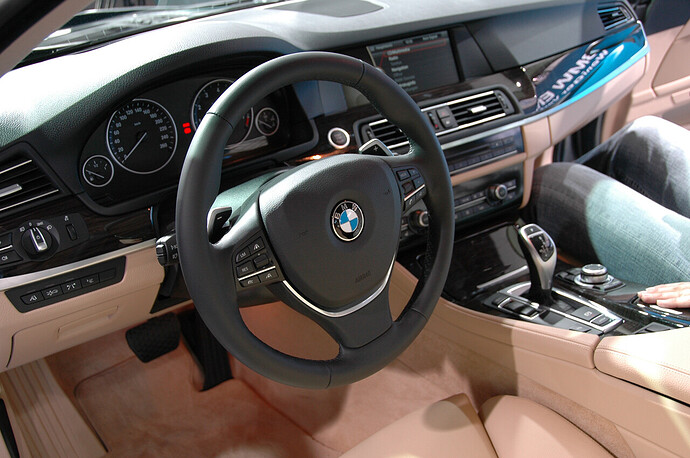 I love the wheels. Also, this new 5 looks better in your photos than in the press release photos. I don’t know why though. It looks really flat nosed in most photos that I see.

The tail end looks very well resolved with this iteration. However, I really don’t like whats going on up front, particularly where the hood stops near the grille. I would have liked to have seen that all be one piece. I’m with you R, the previous generation was so well done it’s hard to like this as much.

Not to familiar with the prior versiontbh.

Those rims look awesome… Not sure if they suit this car, but wow, Can’t even tell whats going on there.
Not sure about the hood. The groove that stretches down and around the logo looks interesting. Excessive? Maybe…
Grill area looks amazing from the 3/4, the curve/bend it has looks great.

Only thing that bothers me a bit, is the doorhandles on the back 3/4. Just dont think the shape of the scoop suit the rest of the car.


The “efficient” graphics on the side, is efficiently ruining the sidpanels for me. And makes it very volvo-ish on the white cars.

The tail end looks very well resolved with this iteration. However, I really don’t like whats going on up front, particularly where the hood stops near the grille. I would have liked to have seen that all be one piece. I’m with you R, the previous generation was so well done it’s hard to like this as much.

I fee the opposite. I love the front of this new one, I really like the entire car, but I miss the iconic-ness and uniqueness of the back end of the old one with those butterfly tail lamps. I liked how the last back end was unique in the range.

First off, not my pics. They are from Autoblog. I didn’t get any, but going to another launch event tonite (hey, how can I turn down free food/drinks and sitting in BMWs) at a different dealer, and will see if I can at least take some iPhone pics.

Second, Wheels, wha??!!! the wheels are ugly and belong on a late 90’s concept Ford. You people being sarcastic?.

Totally in with Yo. The front is nice, aggressive and the larger grill and hood lines work. Amazingly the new one somehow instantly makes the old one look old in this regard. The back on the old was what pulled it all together though with the butterfly lights and the subtle curve up of the tail. Classic for sure.

Those wheels are straight off of something like the Ford GT90

They’re something off of TireRack.com next to the Ronal Bear’s. Not a fan.

I still say there’s something wrong about the hood/grille. But, it must just be me.

As promised, some real life pics. Sorry for the blurry iPhone quality.

To me, it’s looking better the more I see it and have a feeling in the context of driving down the street will be a stunner like the new z4. 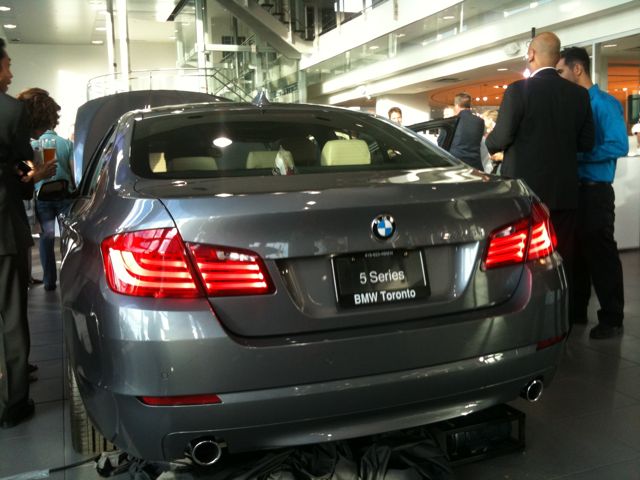 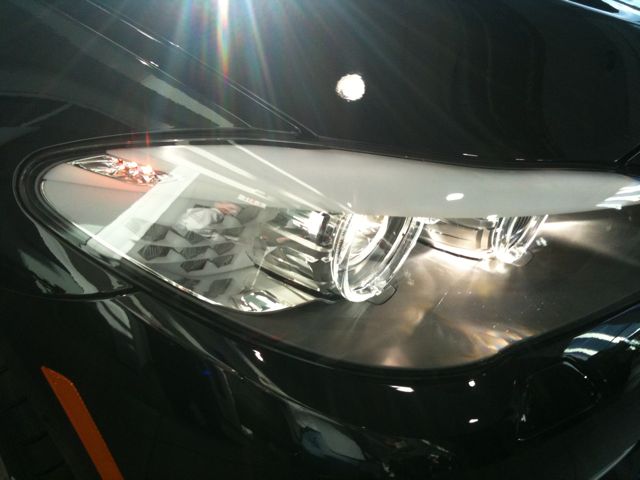 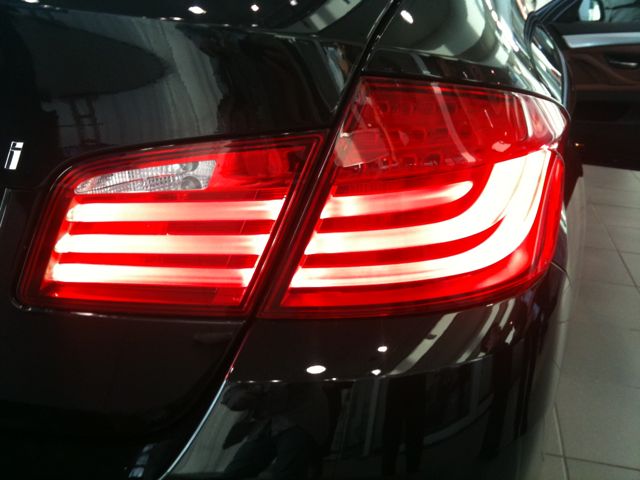 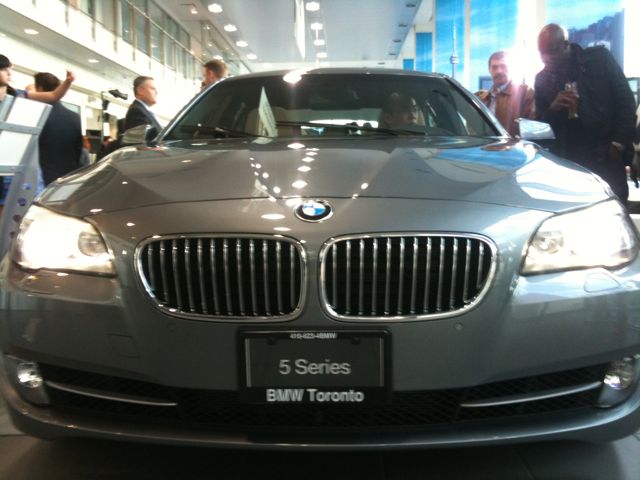 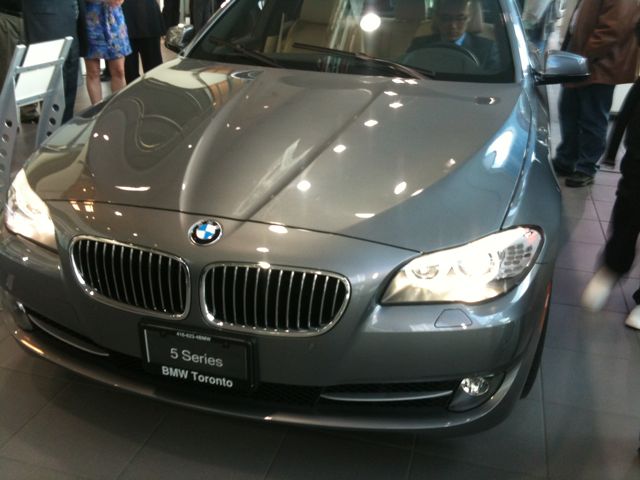 I never cared much for the front on the previous gen - the kidney grills seemed squished. The new one looks flatter, wider, and makes the car sit better. The rear end is unusual but not as daring as before. I liked that butterfly-look to the rear lamps, and when you see a Dinan-equipped M5 with the crazy rear diffuser area (sorry for the terminology I’m not a car guy) blasting down the highway it all looks chunky and rude and very very hot. The whole Gran Turismo thing is terrible though. And I’m not a fan of these wheels. Look like something I install in my KitchenAid food processor.

The hood looks like it belongs on a boat.
What’s up with that spiteful parting line?

Briefly saw one on the road yesterday and the front end did appear to me to be a little strange in an extra wide/flat/slabby kinda way. (but I 'm guessing its an unapologetically brutal look that just might grow on us)

I really think the sculpted hood will look good in person… but that shut line over the kidneys is a bit unfortunate, only because on older BMW’s the kidneys lift with the grill to avoid this kind of line, I’m thinking of the 5 series of 2 generations ago (still my favorite) and the old z3.

I think this car is going to have a lot of presence. I think the flatness up front is a combination of a very front short overhang, and a wider car than the last gen model mixed with the new European pedestrian strike regulations. I actually like it as it leaves less of a defined bumper area and makes the front more a singular form.

I think the flatness up front is a combination of a very front short overhang, and a wider car than the last gen model mixed with the new European pedestrian strike regulations. I actually like it as it leaves less of a defined bumper area and makes the front more a singular form.

Excellent point! I completely forgot about the new ped crash regs. And, as you say, the bumper replaced with a singular form is quite nice. I still wish the parting line came above the grill like the previous gen, but I know they are headed this direction even on the 7 series.

The loser bumper on that white one NURB just posted differs greatly front he lower bumper in the one Richard posted… different model numbers? Or US spec vs Euro spec? They both have some really interesting sculpting in the lower bumpers. Also, on the hood, the negative section that runs off the a-pillar and becomes a positive section as it hits the grille is really well done, a difficult transition (just look at the transitions on the Maxima to see how tortured it can be)

Should have clarified… that’s a 2011 7 series I posted there. Sorry to confuse.

duh, my fault for not catching that… It was before 9am…

Now that you mention it, that hood shut line is kinda odd. honestly though, never noticed it in person in 2 viewings so maybe it’s just the pic somehow.

I’m surprised they didn’t do it like my current gen 3er coupe which has it right along the top of the grill. less noticeable and probably easier than lifting the whole grill like the older models.

Interesting to note however how a similar shut line was treated on the old z4. same place but matched the light and sidepanel line. Very nice, this one, I agree perhaps a little awkward, but I think in real life maybe not so bad when you look at the big picture.