Has anyone noticed this trend of a wave like leading edge along the side of mostly compact hatchbacks lately? It seems like a complete 360 on the very simple detailing that dominated car design for the last ten years.

I don’t think it works well on the Matrix. The Renault here is kinda boring. The Mazda 3 probably looks best, but is also the most conservative of the three. Maybe it will look better to me in another year?

Personally, I’m not a huge fan. I actually like the Renault the best because of the hard line over the wheel well. I feel that that feature makes the car look a little lower and longer. The smoother lines of the Mazda and Toyota makes it look more bulbous and odd.

I think the Megane is most refined and pulls it off while still looking simple and clean. The the Mazda 3 leading edge looks kind of goofy and bulbous, but the back is surprisingly nice for being so complicated. The matrix? less goofy, but pretty generic to me.

Edit: the Megane isn’t as nice in looking at other pictures of it. Is everyone just trying to make every vehicle segment look like a crossover?

Blaak: I hear what you are saying. The Matrix looks more dumpy than muscular to me though!

don’t forget Acura’s doing it too…

Yeah not a terribly huge fan of it on the new TL…though I saw one in person the other day to it and warmed up to it slightly.

Admittedly it was night time and there were no lights around. Acura’s behind the curve (pun intended). The Acura’s leading edge curves around the front wheel, but continues horizontally the rest of the way back. What I find weird on the other ones is how it curves over both front and rear wheels and doesn’t seem to have a straight segment in it.

Isn’t the curve on the Mazda one of their design characteristics? 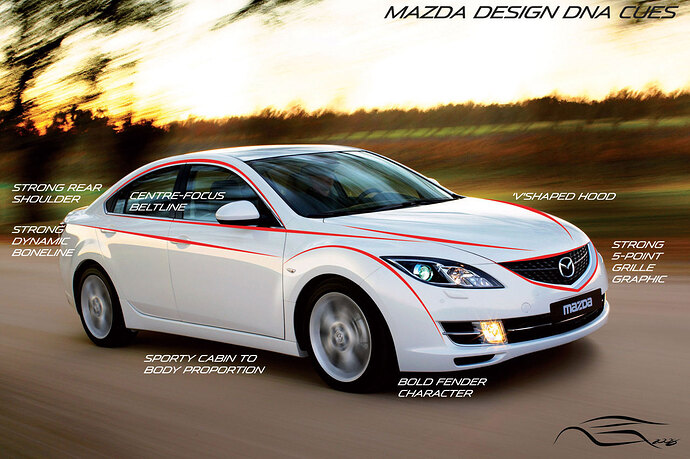 Let me add one more to the list: Audi A5

It might be part of Mazda’s DNA, but I think their parents were sleepin’ around.

A bit of Mazda RX8 (introduced in 2001) influence perhaps?

The RX-8 reminds me more of the mkI Focus.

this is where I first noticed the muscular bulging front wing styling that I think youre talking about… quite a few years ago now too! 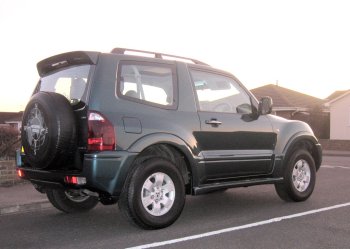 The Pajero/Shogun/Raider was really ahead on that trend!

I’m not one to complain about fender flares, or accentuating the curves in any way. Its a welcome trend.
Whats been bothering me is that smaller cars are getting taller.
The Matrix and Mazda3 are prime examples.
I hope this fades as we see fewer trucks on the road.

I think the taller cars are more indicative of asian/european influences than they are related to trucks. Some of those Tata Nano and Euro Delivery Van proportion influences are seeping into US design, I think.

Yeah, I could see that being a factor.
I was just referring to the higher seating position that a taller car can afford.
I think that this is essentially the reason that so many people were buying SUVs at their peak, as it offers greater visibilty.
Anyway, back on topic.
The curvilinear fender crease is nothing new, just look at any Corvette.
What is interesting to me is the fender bulge being entirely divorced from the rest of the character lines of the body. It almost looks like a throwback to the 30s on the RX8.
Not that this is new, its just not as nakedly retro as the fenders on a PT Cruiser, Plymouth Prowler, or Chevy SSR.