I don’t know if anyone else has seen this, but I came across one of Holden’s new concepts, the Efijy, the other day.

I personally love that era and style, so this is a wet dream for me! Anyone else?

The styling’s a little to radical for me to drive (I also dislike large cars), but it’s neat. I have some sense of vicarious nostalgia for that era as well, when men wore three-piece suits and drank martinis…

Anyway, details: I don’t like the two-part windshield, though it’s a cute reference. I think the interior could be a little more open, especially in a car that size, but the accents (all that chrome!) are nice. The rear window would be even more impractical than the one on the Gallardo or Elise, and those are some frickin’ huge B- or C- pillars (depending on how you look at it). Zero ground clearance, but it is a concept car; it would have a behemoth of a trunk; and the taillights look like lacerations.

Oh, and one final thing. I actually quite like the jet-turbine-diffuser look of the headlights. It’s a neat throwback to when everything was based on airplanes. 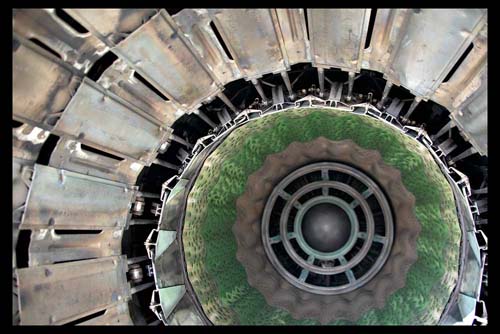 Did I see that right? the transmission was 6 feet behind the engine connected by a large shaft of some sort?