I will be speaking at a conference next friday in Chicago and have 2 days free. What should I do?
I’m interested in design related stuff obviously, but also the typical first-visit tourist traps

I’m staying near the loop, traveling alone. I know several posters here are from Chicago - if anyone’s up for a beer on Saturday afternoon, drop me a line. First one’s on me.

One of these architecture tours is a great way to see a lot in a short time: 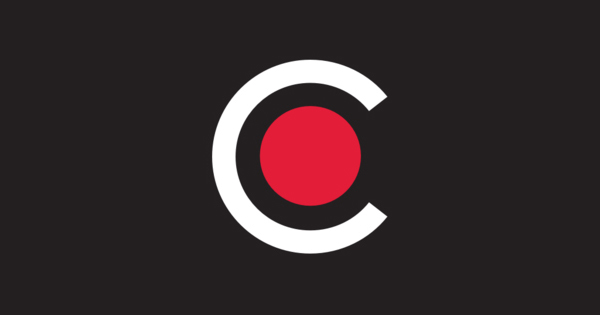 Choose from 85 tours departing daily all over Chicago. Docent-led tours by boat, walking, bus, trolley or even “L” trains.

I’d say walk up the lake shore path for sure. The views of the lake and city never get old for me. You can get a divvy bike and cover a lot more ground. https://www.divvybikes.com/

You can also check out the area around museum campus which is beautiful. That’s near grant park, Millenium park and several museums (although they can take up a ton of your time if you go in them.)

I personally would stay away from Navy Pier, i just don’t find it that impressive. The architecture boat tour is awesome.
If you want to venture out to some neighborhoods Lincoln Park, Lake View, Wickerpark/Bucktown are all great for walking around and exploring and safe to just aimlessly wander.

Lots of great food. You can’t go wrong in the west loop on Randolph street (Au Cheval, Girl and the Goat, Publican…)
If you want some great bars, Logan Square off the blue line has some awesome places. Longman & Eagle, Scofflaw, Parsons Chicken & Fish, Billy Sunday…

and depending on when you come, check out one of the festivals that is probably going on while you’re here. http://www.chicagonow.com/show-me-chicago/2014/04/chicago-summer-2014-calendar-of-festivals-and-events/

Thanks guys! Boat and bike tips are perfect, will def do those!

Any museum in particular you would recommend? I love wandering around, but need a destination

Depends on what you’re interested in, because both the Field Museum (Natural History) and The Art Institute (also have a good design section) are amazing. Either way you win. Chicago in the summer is awesome, have fun.

I suggest the boat tour. That’s a must. Go in the evening if possible to see the city as it is lighting up.

Something that I wish someone had told me is to not go into the Sears tour, but rather grab a drink in the bar at the top of the John Hancock building. The view is much better and after a certain point, the difference in height is not noticable (to me anyways).

There is a lot of FLW around Chicago, but with only 2 days it might be hard to get out to some of it as the houses are in the 'burbs.

For art, I suggest the Art Institute. It’s the best museum I’ve ever visited. Lots of art book stuff, but also a lot of really good stuff that you don’t see in books. Similar to FLW though, it’s impossible to see everything there in 2 days. We went for about 6 hours and only managed 30%.

The Museum of Science and Industry is pretty good, highly recommend the tour of the only captured German submarine of WWII, U-505, if you’re into WW2 history it’s a must see. They also happen to have 1 of the only German Stuka dive bombers in existence.

Ok, I think everyone’s covered what to see. Might I suggest a place to dine? It’s called, Chicago Pizza and Oven Grinder. It’s on the 2100 block of N. Clark St. They serve pizza in ceramic bowls by the 1/2 pound or pound, cash only and have a Mediterranean bread that’s amazing.

If you’re into Chicago gangster history, the building it’s located in has ties to Al Capone. Read the back of the menu for more on that.

You can’t go wrong with steak in that town, either. So many fantastic steakhouses, Gene & Georgetti’s, Chicago Chophouse, Hugo’s Frog Bar, Tavern on Rush, Gibson’s - the list could go on and on.

Ditto on the Oak Park FLW studio tour if you have the time to get out there.

If you do make it out to Oak Park, I highly recommend eating at the Jerusalem Cafe. Great falafel.

I’ll also mention the MCA, my favorite, but not everybody’s cup o tea.

Wandering around is best for River North - galleries and trendy stuff, also walking distance to the mag mile and your hotel in the loop. Get a sopa at XoCo for lunch one day, you’ll thank me.

I also listed a bunch of stuff in mr.914’s thread.

Wow thanks all! This will require some planning.

Do you have any pro-tips on public transport? I heard something about 3day Venture card for $20 or some such, does that sound right? I will need to get from Ohare into town and out again anyway?

Mr914: appreciate the Hancock building tip! I’ve been up on Burj Dubai, Taipei 101 and Tokyo Skytree, so Sears Tower wouldn’t even brake any personal records

View with a drink sounds better.

iab: I have to ask - what’s sopa? XoCo on N Clark St? I will try to make that, will actually be in that area.

Thanks for all other tips, I’ll see what I have time for and what the weather will be!

That’s what you call a brain fart. While I do love soup (sopa), and Rick Bayliss can make a great one, I meant to write torta (sandwich).

Although, there is nothing wrong with a sopa/torta combo for lunch. Classic.

From Ohare you can take the red line to the loop (your Venture card) or there are plenty of cabs.

Take the green line to Oak Park from the loop.

That’s what you call a brain fart.

From Ohare you can take the red line to the loop (your Venture card) or there are plenty of cabs.

Blue Line (though at the airport you really wouldn’t get too confused as there is just the one train).

Corrected by a dude in San Francisco.

Here this weekend and for the first few days of NeoCon.


Food wise I also recommend - Xoco. Not too far from NeoCon either.

OK so I’m back from this trip.

Day of arrival: walked down to the Buckingham? fountain. Got the divvy bikes, biked out to the pier. Pretty meh, a big construction site basically. But I didn’t expect anything really, so it’s always nice to be out on a pier when it’s sunny.
Day 1: Conference during day - > arch boat tour at 5 PM. This was really good, thanks for the tip y’all!
Day 2: FLW home&studio tour. This was pretty cool as well. Had the falafel at Jerusalem cafe. Would’ve taken the Oak park self guided tour if I wasn’t still so jetlagged, body was shutting down at 3 PM. Also planed to go to the River North and XoCo and that Al Capone pizza place - instead got of at the loop and walked the Millenium park/photoshoot with The Bean. Only did the gift shop at the Art Museum - no particularly interesting exhibitions at the time. Been to too many art museums to look at generic art stuff I don’t really care about. Would’ve done it if I had more time though.
Day 3: wasn’t planning on Sears Tower but it was in the news the days before that the glass floor in “the ledge” had broken, so naturally I wanted to go now. However my girlfriend made a shopping list for me that took a bit longer than anticipated, combined with Air Berlin not being able to handle web check in on flights from the US - I had to skip “The Ledge”.
Chicago impression - pretty good. Would visit again. This time with company to enjoy the restaurants.
Also saw that Kids In The Hall are doing some sort of reunion show at the Chicago Theatre(?) this week… wish I could’ve catched that.

I’ve pretty much stopped planning out my trips when I get to a new city unless there is something there I MUST see. I’ve found wandering around, exploring unknown spots has resulted in my best trips. When I am on a set schedule I don’t stop to look around when I go from point A to B. Or I get stressed worrying about time and what I can and can’t fit in. In a city like Chicago, you can have a full day of just exploring. Glad you had a good trip.