If you haven’t seen the post on the main page (here) the winners for this month’s 1HDC have been announced:

The results are in! The latest 1 Hour Design Challenge: Laser-cut Grip Tape Inlay for a Longboard brought the largest number of entries in the history of the 1HDC, with participants uploading an incredible array of grip tape graphic designs.

Huge thanks to our sponsors on this challenge: Ponoko and Bustin Boards, who have been extremely generous with their offerings. It was a really tough call for the judges, but here are the winners:

“Day of the Dead” designed by delaojoser

The judges also decided to award a special “King of the 'boards” award to…jerry! who uploaded over 60 designs to this 1HDC. Bustin has generously offered to custom print jerry’s “Alligator Clip” design on one of their boards!

Congratulations to the winners, and thanks to everyone who participated!

delaojoser needs to post a pic of the real board when they get it. That should be sick!

I am quite sure Bustin’ and Ponoko plan on posting pics of the final boards. I’ll get them to forward me some images so i can post them here.

If they could document the entire process it would be great. From cutting to application.

Congrats to the winners! Thanks to IP and the sponsors for such an awesome challenge.

If they could document the entire process it would be great. From cutting to application.

Hey itslaz…great idea. I have run it by Ponoko and Bustin and they’re in. We should see photos and video in the near future!

So, how are they coming along? Any news on the photos or videos of the process? I can’t wait to see the finished outcome of this challenge.

Word is that they were completed on Friday in NZ and are being shipped to Bustin today.

Cool to hear… I’m surprised they decided to cut them in New Zealand. I thought they would’ve produce them from their San Fran shop, interesting.

Grip Tape from Ponoko has arrived at Bustin’ and is being applied today. Shipping to Core77 tomorrow. 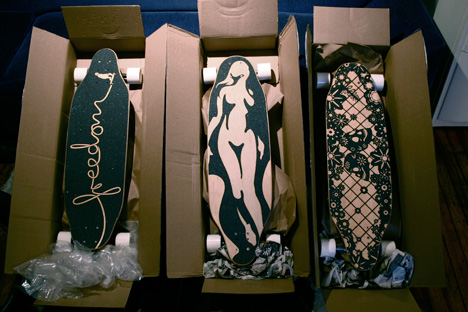 The boards are done! You can see the unveiling here: 1 Hour Design Challenge Winners: The Longboards have arrived! - Core77

It’s hard to imagine that this was well over a year ago…so much has happened in my own life and across the globe since then.

I did want to share this video in honor of the Spliff which was the subject of the 1HDC: Griptape competition: 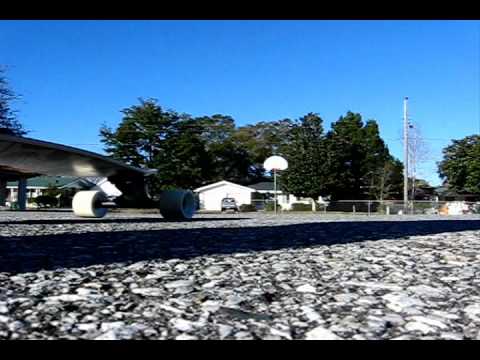 Without a doubt, I love my longboard