BRIEF:
What’s not to like about the Olympic Torch? It’s a club with flames coming
out the top! A club with flames coming out the top that has the ability to
polarize and unite through its symbolism. Until recently, a new torch has
been designed every four years. Each Olympic Host City has the opportunity
to design a torch that represents the city and country in which the Olympics
will reside that year. An object of that magnitude must surely carry with
it one heck of a Design-by-Committee Gong Show.

Here’s your opportunity to design an Olympic Torch for the city of your
choice without Jacque Rogge going all Steve Jobs on you. ANY CITY GOES.
Pick your hometown, favorite vacation spot, a city with historical
significance, or a random city determined by dart throw. The torch design
should represent that city/country and the Olympics in general.


CRITERIA:
Judging will be based on quality of presentation, relevance to the Olympic
City and/or Country of your choice, and whether or not your work could have
realistically been done in 1 Hour (this is an honor system).

Jury:
Winner will be selected by the Core77 Admin. Community discussion is
encouraged to help ensure the best design wins.

And the Olympic Committee says that the Olympics aren’t a political tool. 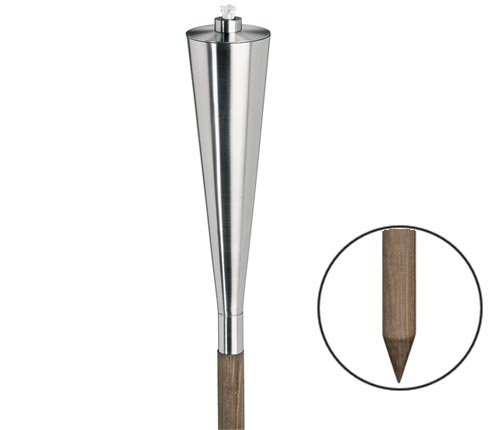 one hour is always a good challenge. I think next time I’ll cut out the cad and just do sketch\photoshop… gives more time to develop other ideas.

one hour is always a good challenge. I think next time I’ll cut out the cad and just do sketch\photoshop… gives more time to develop other ideas.

Awesome. It’s supposed to be fun.

What city is your torch for?

right location… i left that out of the page, i couldn’t decide but i was debating between an itialian city or a japanese city.

for me the location ended up being the least important consideration that the breif describes.

Yo: As always, excellent hand. That 5-rings outlet is a nice touch.

Thanks man. C’mon guys, it’s not that hard. It’s a stick with fire, it is inherently cool already. The winner gets global props all over through RSS feeds, these have been picked up quite a bit.

JGray and JKnodell; Nice stuff guys. That’s what I’m talking about… is it the J’s?

now we are on! JKnodell, nice Detroit torch!

Thanks! I’m on a industrial/steam-punk kick lately…

Designing an Olympic torch really is an ideal project. There is a huge emphasis on style and branding and enough function (if this was a real design) to keep it challenging.

There are a ton of cities I would love to see translated…if only there was time (and less billable work to do during the day!)

Dude your on fire. That last one is hot…

I’m surprised there aren’t more submissions yet. Perhaps it’s because there isn’t a monetary prize this time around…

Great stuff jknodell! Your entries are awesome. Overall, the quality is all over the map. While there are less entries than the bike lock, I would say the quality of the entries was lower overall for that one. I would think getting blogged heavily and having a nice resume bullet, and mad props would be motivation enough to throw down a good sketch, especially for all you students just reading and not participating. Maybe there should be a top 10 gallery?

With Earth Day being celebrated yesterday, I was thinking how every actual torch used in the relay up to now has been fed by some kind of fossil fuel, which leads to using the modern British meaning of the word torch, AKA the flashlight. A quick check at the submissions and voila… a hand-crank torch.

But of course, because relay is necessarily a drawn out affair with an audience of millions there may be an issue with the pomp and circumstance of having to crank, never mind the run time available in a hand-crank system.

My last submission is not so much a torch design but a concept to relieve the relay runner of the need to provide the energy for the torch. The energy may still be generated off-line by photovoltaics on the roof of the accompanying vehicle(s). With a human powered generator doing the charging, it will be possible to double or triple the number of “athletes” involved in the relay as the torch not only requires transport from A to B but also stored energy for the illumination. And in the interest of keeping the flame going 24/7 even with system failures, the USB port ensures maximum power source compatibility.

So, what are some favorites?

My favorites are: In no particular order:

I like Soyun’s Mumbai,torch. It has a nice subtle shape that isn’t a sweeping arc shape that is common now, and the addition of the country pieces adds color, texture, and a symbol of unity.

Mumbai and Adelaide are really catching my eye at the moment. Both of them have that little extra something with the interchangeable “skins”.

Overall there’s some good stuff in there.

Thanks Yo and Jknodell for stepping things up a bit early on. You guys did some nice work as well!

I like mumbai conceptually as well, however the design doesnt really afford someone holding it that well. Gosh, people have to run a long bloody way with this above their head, so some massive poster tube might not be that successful.

Detroit really got me going - a well excuted stab. Not necessarily in the spirit of things, but great none the less.