I was driving home today from a weekend in Santa Barbra and was behind a Porsche Panamera for a bit. I suddenly remembered the 1995 Eagle Jazz concept car. Amazingly similar back ends. The Jazz was just 15 years too early… and the wrong brand. I wonder who designed it?

Note: I’m not a fan of the Panamera, just commenting on this general form similarity. 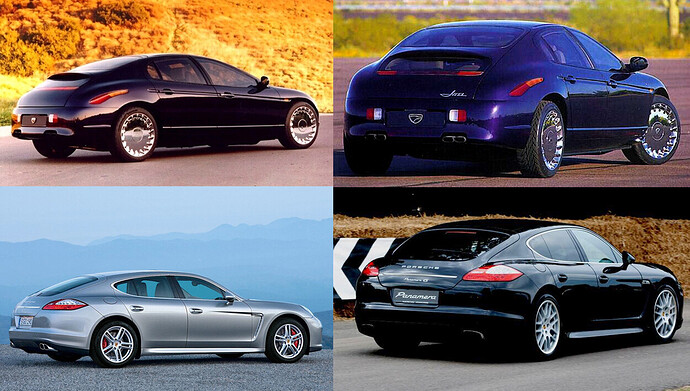 I prefer the Eagle. Those tail lights are a pleasant surprise.

I still shudder when I see a Panamera on the road…what a hideous thing disguised as a good vehicle for rich people.

Even sat in one at the auto show, it was surprising how tight and uncomfortable it was (granted I’m 6’4) for a car that big.

was behind a Porsche Panamera for a bit.

You shoulda vorsprung durch technik’d his Panamera ugly ass and left him in a trail of smoke.

I dunno. I don’t find the Panamera that offensive. If it was anything on it that had to go it would be the silly side scoop. The rear on the Eagle is different, but not sure I like better. A bit to much like a hearse.

Eagle “Jazz”. That is so 1995. Must have named it after the IOMEGA Jazz drive

You can see a Panamera coming a mile away, and you can’t help but stare. I personally don’t feel the hate!

It is interesting to see comparisons like this… but the Jazz looks to have more retro influences in mind. It makes me think more about 40s/50s American luxury: 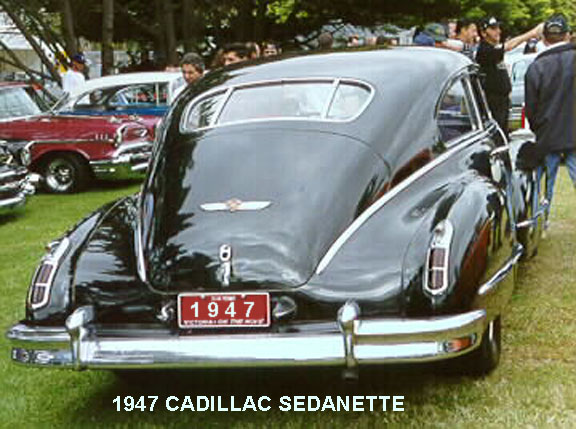 For contrast, check out the “most beautiful four-door sedan you can buy,” the Aston Martin Rapide S…

It’s the most beautiful four-door sedan you can buy. It’s the Aston Martin Rapide, and for 2014 it’s gotten a new letter – the letter S. And that means… what, exactly? Is the Rapide S a thoroughly modern luxury four-door GT, or just the same, old...

I wonder who designed it?

I’m guessing Bob Lutz had his fingers on the pen, or at the very least was behind the folks that did.

I wonder who designed it?

I’m guessing Bob Lutz had his fingers on the pen, or at the very least was behind the folks that did.

It was actually Kevin Verduyn.

The Panamera is on the fugly side, however the Turismo Sport concept was smokin’ hot.