Lots of talk about remote work in this interview of Arthur C Clarke interview from 1964… before he gets into an odd place talking about domesticating super chimpanzees. 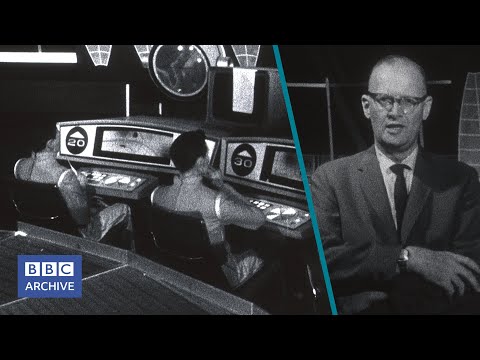 Apart from the bioengineered “servants” his predictions and observations are pretty accurate.
Does anyone know if the ideas he presents in the video are his original thoughts?
I assume a lot of the points he discusses are inspired by scientific research at the time and discussions with his contemporaries.

I haven’t read as much of his work as I’d like, I loved Rendezvous with Rama and later learning about the real worlds Space Guard.
I find a lot of the fiction I’ve been reading / watching paints a bleak future.
Who do you think in today’s world is creating positive predictions that are worth listening to?

@fraser_frase well, things are a bit bleak and I think Sci-Fi has moved past the “technology will fix everything” phase and into the “technology is making everything worse” phase. This started back in the 60’s and 70’s with Philip K Dick and then super charged in the 80’s with William Gibson and advent of Cyber Punk.

That said, you might be interested in a growing sub set of Sci Fi called “Solar Punk”. Its a cadre of authors who feel like Sci Fi has been focusing too much on the negative and the more they do that, the more it actually comes true (IE tech billionaire reading Cyber Punk novels - or watching the movies - and instead of taking in a cautionary tale, they make it reality). So Solar Punk tends to start at the bleak near future and tries to work its way to a more positive place. 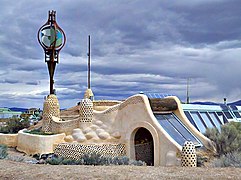 Solarpunk is a literary and artistic movement that envisions and works toward actualizing a sustainable future interconnected with nature and community. The "solar" represents solar energy as a renewable energy source and an optimistic vision of the future that rejects nihilism and climate doomerism, while the "punk" refers to the countercultural, post-capitalist, and decolonial enthusiasm for creating such a future. As a science fiction literary subgenre and art movement, solarpunk w The term so...

Back to Arthur C Clarke, he did get a lot right. It amazes me how people could have thought of telecommunications back when stylites were just getting off the ground. Or even before!

Look at this video phone illustration from the 1920s! It has potable flat screens. They could imagine that, but not wireless headphones 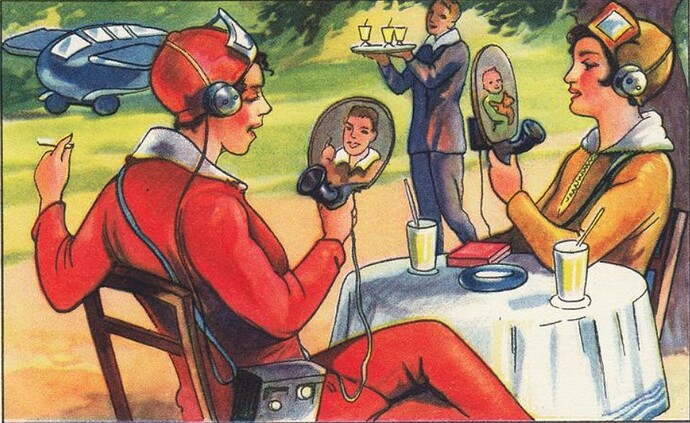 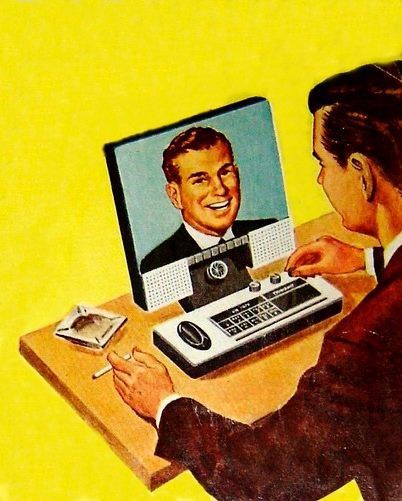 Sounds like you should give ‘The Ministry for the Future’ by Kim Stanley Robinson a try. Loved this book for it’s upbeat realism of our near future. Not that I have any faith in us actually pulling together

I found Ministry For The Future a bit of a slog but I really liked his book Manhattan 2140 which I felt was a little more positive. 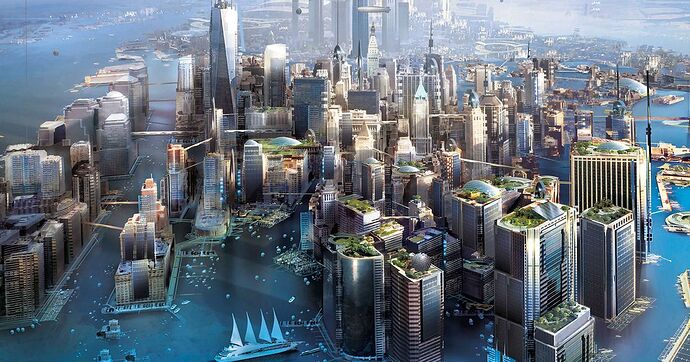 Kim Stanley Robinson’s New York 2140: To Save the City, We May Have to Drown It

Kim Stanley Robinson’s newest book imagines a New York where the sea level has risen 50 feet. And it still sounds like the best city in the world.

That 1920s image is great, so many ideas there.
I love the personal airplane in the background, do their hats have fold down goggles too?

Thanks for the recommendations @_yo & @holtag I will check out Kim Stanley and the other authors listed on the solar punk page.

So Solar Punk tends to start at the bleak near future and tries to work its way to a more positive place.

This sounds interesting, thanks. Last fiction I read was ‘2034’ and its bleak indeed.

I highly recommend these:

The Sea Of Tranquility by Emily St John Mandel. Very beautifully written. Full of really visual metaphors and a story that just all comes together at the end in a way I didn’t see coming: 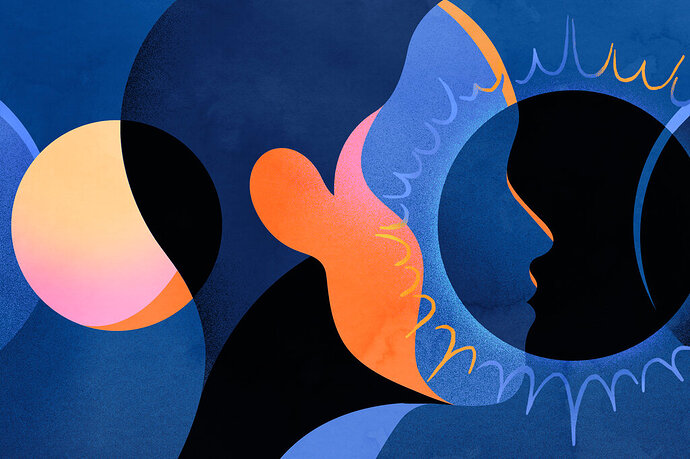 In “Station Eleven,” she explored fallout from a pandemic. Now, in “Sea of Tranquility,” Mandel takes up existential questions of time and being.

Qualityland by Marc-Uwe Kling. What if Amazon ran the entire country and the only people who could stop it were an android running for president and a guy who got the wrong package delivered him who’s continued attempt to return it might just shut the whole system down? Hilarious book. I was laughing a lot. 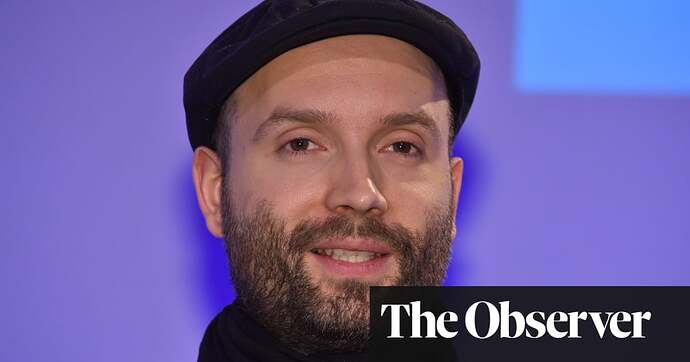 Psalm for the Wild Built by Becky Chambers. Female authors are just writing some of the best SciFi right now. What if far in the future robots become sentient and decide they aren’t going to help humans anymore… what if generations in the future from that moment one robot comes back to civilization to check in on how humans are doing. A very short book, but there is a part 2 as well if you like it. 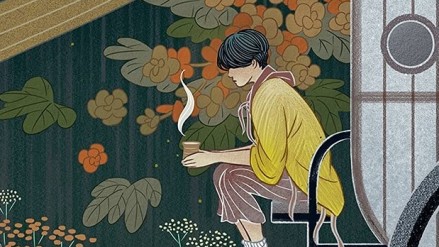 The SFF Librarian Reviews: A Psalm for the Wild-Built by Becky Chambers

SFF Librarian Reviews Jeremy Brett As a voracious reader, and as someone for whom science fiction and fantasy are part of my daily job as a science fiction librarian, I come across a lot of wonderf…

I know what you mean.
I read 2034 a few months ago, around the same time Nancy Pelosi visited Taiwan and China stepped up their exercises in the area.
I’m looking forward to a story about people solving problems, not creating them.

well… 2034 was written by two retired US military officials and was about what they felt would be the next global conflict… so yah, not really an uplifting read, but that was clear from the dust jacket fellas! When I was reading it Kristina asked me what it was about… then she said “how can you read that stuff?”… I thought it was a great book, but you can’t make stuff like that a steady reading diet and function day to day!

even some of William Gibson’s newer books, Peripheral and Agency have a slight positive twist (once you get through the epidemics, oligarchs ruing the economy, and climate catastrophes that is!.. I mean for a guy whose twitter handle is “GreatDismal” they are relatively more positive)

Back to the original topic.
I suppose I’m developing an interest in how design / technology etc. could be applied to create a better future for the distant tomorrow.
I think the fiction authors discussed above are a great start and I plan to do some digging around the internet to find more recent predictions from the great science communicators of our time.

I guess in summary I’m on a search to find the Arthur C Clarkes of this decade.

Ya agreed. Reading 2034 was more about learning how its actually going to go down, rather than a speculative, alternatively imagined futuristic story. Great hearing it from the people who know the subject matter. Ackerman seems to be a reliable commentator - I’ve heard him on BBC interviews etc and has blunt well-founded takes.

I think it was in a foreward to ‘2001’ that ACC declared ‘everything in this book could have been done for the cost of the Vietnam War’. Might be hyperbole.

Neil Gaiman in the Penguin Galaxy intro for '2001 calls ACC “the hardest of the hard-sci-fi writers”. I like that.

Solarpunk gets a shout out in this video: 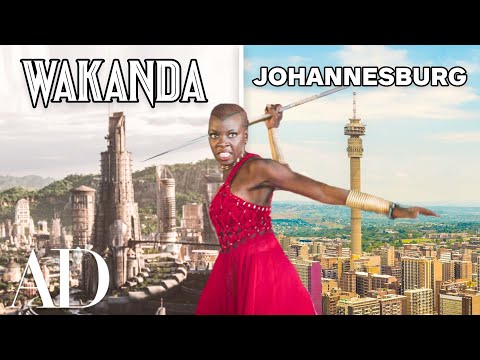