Sweet! I used to have one of these!

At first, I thought you wrote 128 year old calculator.

Here’s one I used a few times: 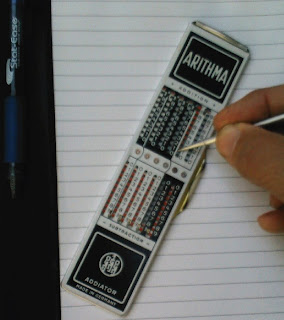 This one has a real Cylon look

I’m surprised there’s no Braun or HP Calculators… some of them are classics, including this wrist-calc in 77 . Wikipedia says they were $650-$850+ !! 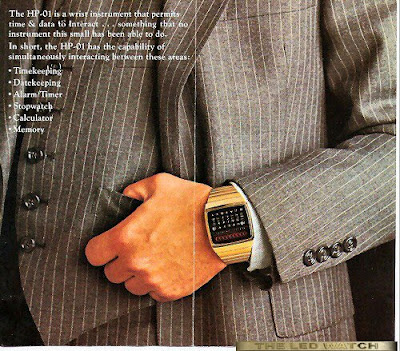 Mr… just curious, where did you get that! I had one too, it had a brown vinyl cover. My grandfather’s advertising company (among other I’s sure) distributed them back in the 60’s.

edit - I’d add that when electronic calculators came out in the late sixties, early seventies they were like $350 or so. Purdue’s engineering department had a few in the Michael Golden Labs for students to use. They were housed in machined brass boxes, and chained to the steel desks… .

wow, what a wide selection.

LMO: My dad has 45 years of collected drafting equipment. I think it was in there.

Thanks Jeremy! I put it on the front page:

“oh i had one of those ipad’s, it didn’t even have a camera or multitasking!”

The Homeland is one of my favorites, it reminds me of a WD passport

I agree, they need to add the Braun line.

Thanks for the upgrade Michael!

That Homeland is tight!

what year is that guy from? You have to love the names.