how is that crap? are you are moron?

the project is intended to provide a means to technology for people who have no other means to access it. this is usually in a place with no power. a dynamo/crank system is a viable way to power a portable computer. what do you suggest?

get out of your ikea encrusted apartment and think of the rest of the world for a minute.

MIT Media Lab is blue sky thinking, you can’t sell this thing for $100 and make money. It’s just fluff. The chance of this seeing production is less than zero.

Your pessimism disturbs me. To anyone else who hasn’t read about this inspiring project, I really recommend you do before you pass judgement.

wait, GO BACK TO YUOR CUBE AND SKETCH!

Read closer, fellas. The $100 laptop is one of the more remarkable socially concious efforts by any body to help the developing world – not an effort to make money. A quote from their project:

Second, we will get the fat out of the systems. Today’s laptops have become obese. Two-thirds of their software is used to manage the other third, which mostly does the same functions nine different ways.

Software is often the most expensive componenet of a laptop, and most of our laptops are filled with crap. A fully functional, highly secure operating system takes up about 15mb of space – about 3 mp3’s. Add another meg or two for wireless functionality. Windows comes in around a gig or two, and with it the cost of the system and the cost of the memory. Their monitor technology is not new, its implemented all over the place, and is genuinely cheaper. Changing production is difficult, hence why its not in every laptop, but in time probably will be.

Finally, here’ the important part … its part of an effort to bring top notch education to places where it dosent exist. Eg, thailand, cambodia, etc … Compared to the cost of employing teachers, buying textbooks, etcetera, the cost of a $100 laptop and a wireless connection stream is minimal, especially in rural areas. This means that a government like Thailand that might not have the money to put up a school in a rural area, and if it did the quality would be pretty attrocious, can now set up virtual schools for next to nothing (relatively) offering top notch education options to people who currently can expect none.

The project that you’ve casually tossed aside as rampant capitolism is an effort to bring schooling to people who need it most … not a bad thing in my opinion.

The idea is great. There are several issues about how you design a truly multilingual user interface, how you insure that governments use this technology to open up the information marketplace instead of distorting it.

Per the crank, our fine critic is accurate. That particular crank mechanism is an ergonomic, stylistic and mechanical attrocity. Other mechanisms can theoretically increase the efficiency by as much as 3x.

It is a great concept but your arm might get tired after cranking the hell out of that thing!

You don’t just crank, it has a power cable:

so frog tries to jump on that train too: 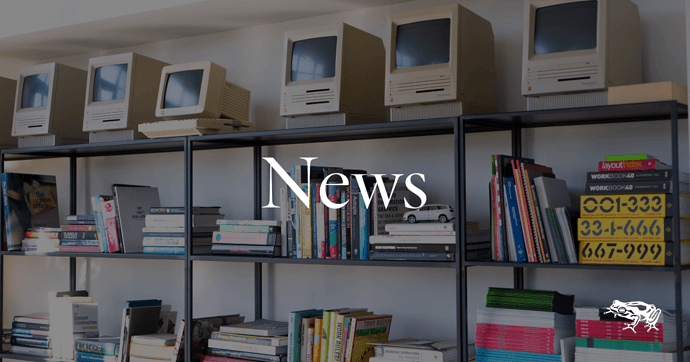 Browse through the media coverage of frog's innovations, partnerships, and the impact that we create. Keep an eye out for our events and webinars.

imho, any mid-weight ID student can do it better.

so frog tries to jump on that train too:

I don’t think you’re seeing a “rip off” or a “me too” concept… I believe what we’re seeing is that MIT had a “bake off” with multiple top design firms to pick their design firm. Chances are this is a low-paw or even pro-bono project (I mean it IS for starving children) so these top firms might have even used their interns to do the work.

I wouldn’t be suprised if Ziba, IDEO, Smart, etc. also did some concept work for this…

this makes me sick a bit.

It’s just PR!
pr for MIT (look at me i have a concept)
PR for the firms (look at us we’re contributing to the pie in the sky, and charity (maybe))
PR for steevie Jobs (offers software for free what’s refused by MIT (win/win as posted on engadget).

meanwhile there are people that get their hopes up, and even claim this thing exists.
And then say this is what ‘you’ should be doing.

This makes you sick? Quit being so cynical, then.

Pie in the sky? Looks like the first functional model has been revealed today.

…i think it is a great project…not everyone has access to technology…50% have never made a phone call.

Why does it have to look so “designerly”…? both concepts do.

These seem like designs that are a little trendy and will be outdated really fast. At least the Design Continumn concept seems a little more timeless. I know it’s for kids, but it seems like older people with an interest in learning about computers will be using it… maybe it should look like a learning tool, not a toy. I’ve never seen kids playing with fluresent green toys in national geographic either

Both concepts might need to be hardened a little too. They PCs might be thrown unprotected in a saddlebag on the back of a camel for the ride to school, banged around, etc. also, Africa has fine powder dust, and dust storms, and I’ve heard this a huge problem for the tosheba toughbooks. The dust gets in everything and tears up the hinges - I can’t imagine what it might do to that crank. A $100 laptop is a fantastic idea, but IMO it should last an last for a long time.

all that aside, It really is great that they are making the effort, PR or not. I hope this really happens…

Sometimes I like to come read these forums to see how useless and negative most designers are.

sometimes you love to blow dudes

I do love to blow dudes.